There’s a new wave in the marketing world, and entrepreneurs worldwide are taking note. With a new millennium, new marketing techniques are continually emerging. Flashy websites, which were once essential for the small business owner, are now taking a budget backseat to mobile apps. Entrepreneurs alike realize that with limited capital, it’s imperative to select the marketing method that will produce the maximum response. With over 51% of consumers using mobile media over desktop, countless companies and entrepreneurs are aware they need an app to stay relevant in today’s digital world, but most don’t know how to get aboard the app bandwagon.

This twenty-first century phenomenon is referred to as the “App Gap,” because the demand for mobile apps supersedes the availability of affordable app development options. Fortunately, a cutting-edge new company is bridging this gap beginning January 2016. Develapp, founded by now-CEO Michael Slosar, is dedicated to developing and publishing mobile apps for entrepreneurs and small business owners at an affordable price. On the topic of technological pivots in marketing, Slosar relayed how interactive apps with push-notifications are vital to increasing sales and maintaining a competitive edge. Moreover, mobile apps have a functional marketing purpose for nearly every type of business. Slosar noted how certain business owners were skeptical about the necessity of an app, citing that an app “wouldn’t work” for their business. Slosar addressed this mentality by revealing how every business can benefit from an app – whether you own an ice cream shop or a hair salon. Apps provide a virtual outlet for appointment scheduling, employee monitoring, promotional marketing and more. 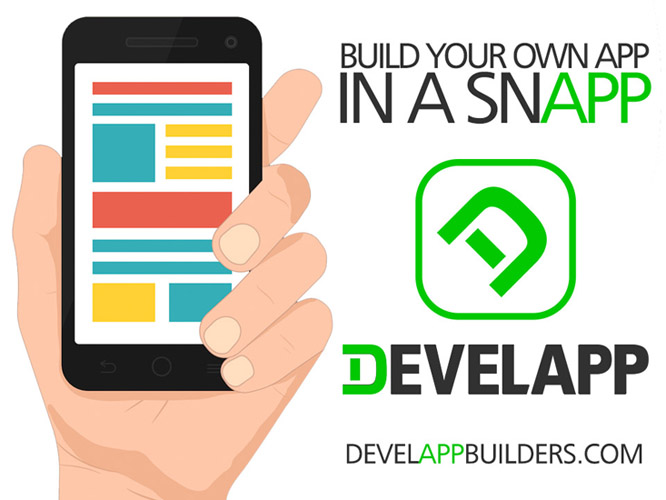 Develapp will make it so easy to create an app for your business, that you’ll have trouble thinking of an excuse not to. The Develapp website provides a simple, user-friendly platform where subscribers can use drag-and-drop icons to build and personalize their own mobile app. Develapp will then publish the app in the Google Play, Window Store and Apple Store, gaining subscribers instant online presence and a competitive edge over businesses without an app. Develapp packages range from simple user-built apps, to apps built by experts with the option to have your app professionally managed and redesigned every year.

According to Slosar, “Subscribers will have their own completely private branding with no extra charge,” meaning unlike other app companies Develapp sees “no need to dilute the subscriber’s brand by including a watermark of their own.”

Develapp is committed to making sure that subscribers get the most out of their app, functionally and financially. The company provides enhanced analytics that deliver app owners the specific touch patterns of app users. This information will allow subscribers to make adjustments to their app according to traceable demand based on their unique experience with what is and isn’t effective.
Additionally, as CEO of Develapp, Slosar is dedicated to creating a culture behind the Develapp brand through the Develapp Founders Club. This exclusive club of only 1500 members will represent the original supporters of the company and will receive exclusive access to future press conferences and Develapp events. The Founders Club unifies the subscribers who believed in Develapp’s entrepreneurial mission from day one. Slosar shares the same vision as leading entrepreneurs in the technology field of creating an intimate connection with loyal supporters of the brand. Lifetime membership is free and includes annual discounts on Develapp packages and premier access to new app features.

Ultimately, tech experts spectate that Develapp will undoubtedly take off after its new-year launch in 2016, so don’t miss your opportunity to join the Develapp culture, sign up for the Founders Club now until January 31 at develappbuilders.com/foundersclub.

Make it Happen, with Develapp. 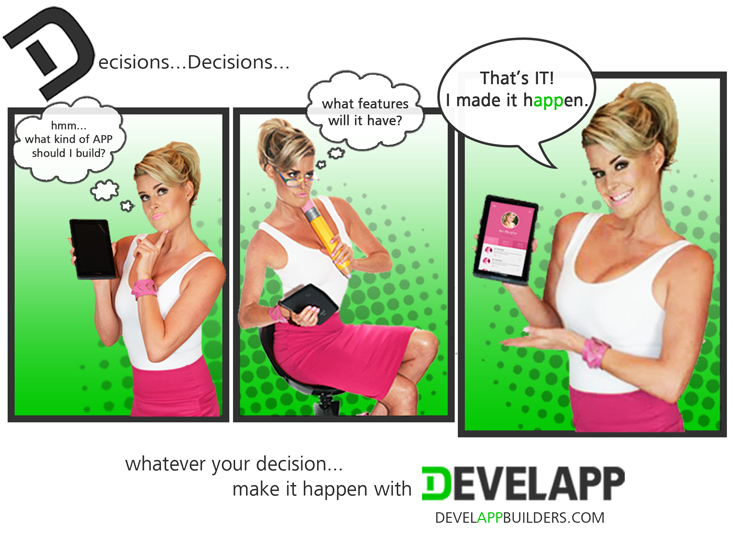