Just days away from another Coachella, the music festival of festivals, claiming worldwide recognition. Musicians have clamored to be considered to play the show and fans beg, borrow, and steal to get there. With excitement in the air, I spoke with Devlin of The Dead Ships, playing on Saturday, April 16th & 23rd, as well as Dre of Steady Holiday, who plays Sunday, April 17th & 24rd. 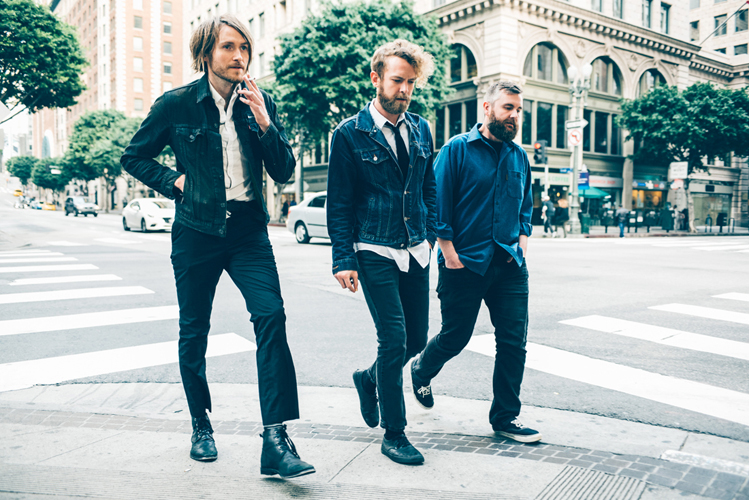 CVW: Have you been out to experience Coachella Fest as a fan in the past? Will you be able to stick around for other bands?

Devlin of The Dead Ships:  “This will be our first time playing Coachella. It came as a total surprise… totally out of the blue. I have never made it out to the festival before. So I have no idea what it will be like. I feel like a preschooler about to go to kindergarten with just no idea of what to expect… There are a ton of other bands I would like to see. I am really excited for Young Fathers, their album is fantastic. Then Rancid, Beach House, Sufjan Stevens…just off the top of my head”

CVW: Your shows have been touted as being lively and energetic. Are we talking lots of Redbull?

TDS:  “I quit drinking a few years ago. (laughing loudly) Playing live shows has become the only real blow-off steam outlet I have in my life. Of course there is caffeine involved. It’s one of the few times during the week where I can let loose and just go for it.”

CVW: You didn’t grow up in Los Angeles, but you have written songs about the city such as “Canyon.” Does living in Los Angeles now affect your songwriting or is it more that your Los Angeles lifestyle is affected by the fact that you are a musician?

TDS:  “The music definitely permeates everything, although that song (Canyon) is directly related to living in LA…. The weather alone puts you in such a hazy bubble of not knowing what time of year it is and you are sort of free to do your own thing. I grew up in Chicago where you are so attached to seasons where the weather affects your everyday and how you dress. I mean your whole day is planned on how the weather will be, but being in LA I haven’t had to think about that for 9 years.”

CVW: Playing at Coachella will be sort of the finale of your recent tour. How has touring affected you as a band?

TDS:  “We just came off of a tour with Le Butcharettes.  It was such a great opportunity to get out in front of more people and really tighten up our set. We have been a band for almost 5 years and with our bass player almost 4 years. We have been working so hard and we all have grown so much as a band, but we haven’t released a ton of music… so we hope to get out in front of as many people as possible and show them what type of band we are right now and what we do. So hopefully with this new LP and with getting the chance to play Coachella, we can get out in front of a lot more people.”

CVW:  You recorded your song “Company Line” with Brendan Canning. Did he work on the new album with you guys? When can we hear it?

TDS:  “Yeah we recorded the whole new album with him.  We finished recording last year and now just signed on with Nevado who are going to put it out. We should have a release date soon.”

The Dead Ships perform at Coachella on Saturday, April 16 & 23 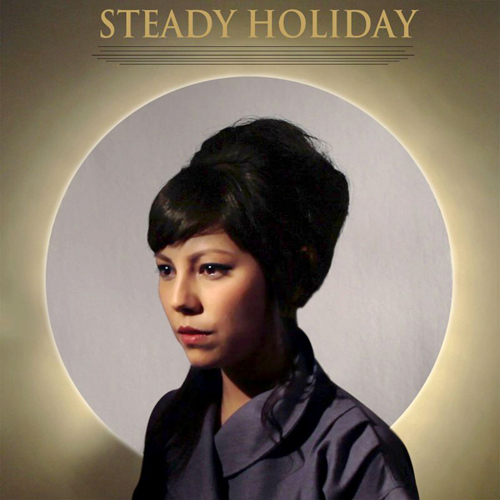 CVW: I heard it was a Cinderella story being contacted by the Coachella organizers?

Dre Babinski of Steady Holiday: “I was contacted on Facebook by the festival asking if I had a booking agent, which I don’t.  And they gave me an offer! I was so blown away because I didn’t realize I was on anyone’s radar. This project is so new and I have just been releasing it onto the world of the internet. I was out (as a fan) at Coachella Fest in 2005 I think, and then 2010. It was so much fun. I am really honored to be playing.”

CVW: You have played in other bands though, and experienced big shows and touring already?

Dre Babinski: “Over the years I have been traveling and playing with other bands, but I couldn’t continue to be happy in that position until I gave my own music a shot.  I didn’t realize it at the time, but I think my unhappiness in other bands was that I wasn’t doing anything for myself musically.”

CVW: Do you have a tour planned for your new album?

Dre Babinski: “I have had some conversations about touring and it is one of the last pieces of the puzzle I need. I am looking for a booking agent. I have toured a long time and I know what it takes financially and emotionally and I am ready for it. This new record comes out June 24th on Infinite Best Records and there will be a good amount of attention towards promoting it, but the next record is already on my mind and I have a lot of ideas as to how to elevate from where I am now within the parameters of the world that I’ve created.”

CVW: Your lyrics are very personal and open. Do you feel you have strong messages you want to convey?

Dre Babinski: “I have only been writing for 6 or 7 years now. I feel very, very new to songwriting. I am not prolific at all. I have only written a dozen or so songs more than what made it onto this record. But I do feel pretty confident in my ability to convey a feeling and explain my intention. It’s a pretty good start in my opinion. It’s an honest art… I know when I am being disingenuine so I try to catch that. I am not one to push through an idea if it doesn’t feel right. I can’t endure it. I am a pretty sensitive person.”

CVW: Aside from Coachella, where else can we find you playing live?

Dre Babinski:  “I have a residency every Monday in June at The Satellite in Silverlake in Los Angeles.  It’s the very beginning of my path. These are small successes, but there is still so much work to do.”