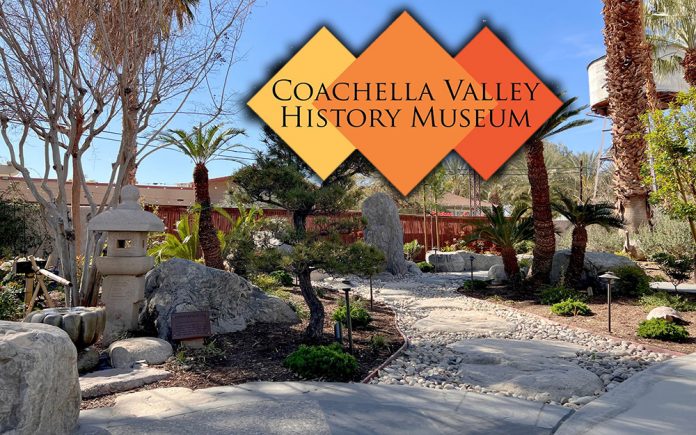 Admission is free. Attendees can enjoy a slate of activities including:

Taiko Drummers from TaikoMix of Riverside 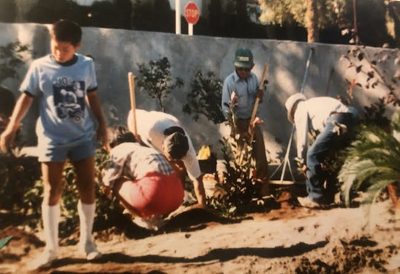 All activities are appropriate for families. Japanese foods will be available for sale. In addition, all exhibit areas of the museum will be open for viewing during the event.

The rededication will involve a Shinto blessing of the garden by the Rev. Alfred Tsuyuki of the Kondo Church in Los Angeles. The Rev. Tsuyuki performed the same ceremony at the dedication of the Indio garden in 1986. Several generations of local Japanese pioneer families will participate in the ceremony, which will conclude with two students from local schools presenting their original Haiku poetry in honor of the garden.

The Japanese Memorial Garden was originally created in 1985 and dedicated on April 5, 1986, by the Coachella Valley Museum and Cultural Center and Cultural League, as it was then known, and members of the Japanese-American Citizens League. The intention was to preserve the cultural heritage of the Japanese community and recognize the contributions of its early first-generation families. 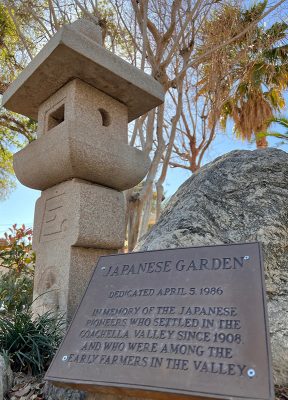 This memorial garden honors the 23 immigrant families that arrived in the Coachella Valley between 1903 and 1929 and established farms from Indio to the Salton Sea. The Cultural League raised funds for the garden with a Haru Matsuri Festival. Far East Landscaping of Laguna Beach provided the original design. Many other members of the community and businesses contributed materials and services.

The following family members provided the labor for the original construction of the garden:

In 2021, with the help of generous donors, the Board of Trustees of the Coachella Valley History Museum embarked on a complete refurbishment of the garden. Keiji Uesugi of Takeo, Usesugi and Associates provided the current design.