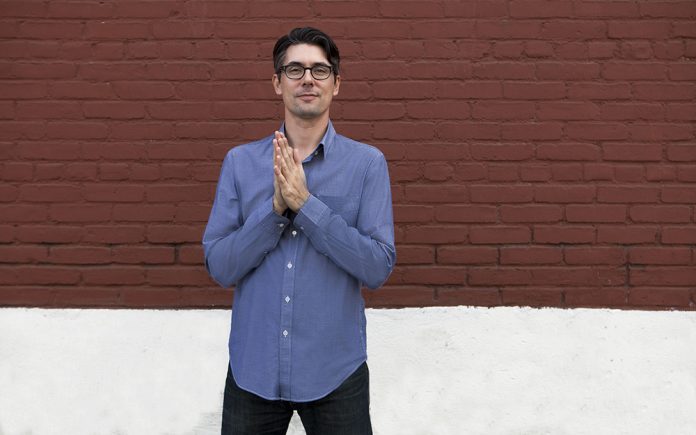 Coachella Valley Repertory’s Theatre Thursdays presents “At Home with Pianist & Composer Josh Nelson.” On Thursday July 16, 2020 at 6 pm, Josh will perform selections from the classic Great American Songbook as well as some of his original music.To register for this one-hour virtual concert visit www.cvrep.org. This and other Theatre Thursdays presentations are offered virtually via Zoom.

Josh Nelson is a jazz pianist, composer, teacher and recording artist. He has performed with some of the most respected names in jazz including Kurt Elling, John Pizzarelli, Benny Golson, Sheila Jordan, John Clayton, George Mraz, Jeff Hamilton, Dave Koz, Joe Chambers and Peter Erskine. Josh toured with legendary vocalist Natalie Cole for six years and continues to tour with legendary vocalists and instrumentalists. He taught jazz for four years at Soka University and recently at Cal State University Northridge. In 2006, Josh was a semi-finalist in the prestigious Thelonious Monk International Jazz Piano Competition.

Nelson’s work has appeared in TV shows and films including Jack and Bobby, The Division, and a national Johnson & Johnson commercial, Nelson also makes time for his own projects: Anticipation (2004) and Let it Go (2007, Native Language Music) that both garnered international critical acclaim. In 2011, Nelson introduced his Discovery Project, an immersive multi-media presentation combining video, performance art, light, and art installations with his original music.

In 2006, Josh was one of only twelve semi-finalists in the prestigious Thelonious Monk International Jazz Piano Competition. He’s happy about that. Josh has recorded for countless albums, films, and TV shows, but also makes time for his own projects: Anticipation (2004) and Let it Go (2007, Native Language Music) both garnered international critical acclaim. Josh’s fourth album, I Hear a Rhapsody (2009), featured his original compositions, standard interpretations, and re-imagining of rock and pop tunes. 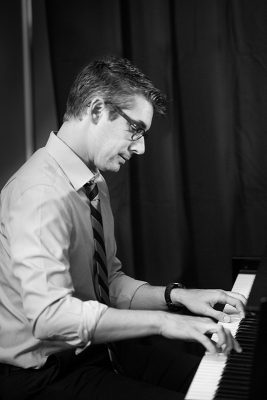 His new album Exploring Mars (2015) explores musical themes on the Red Planet, along with spectacular NASA/JPL Martian video footage. Original music and performances of Josh’s have appeared on various prime-time and cable shows and short films, including “Jack and Bobby”, “The Division”, and a national Johnson and Johnson commercial. He has also worked with film composer Michael Kamen, and actors Eric Idle, Clint Eastwood, and Jon Lovitz. Josh has earned many awards, scholarships, and accolades over the years, some of which include the Louis Armstrong Award and the John Philip Sousa Award.

Josh has collaborated with vocal talent Sara Gazarek for 10 years. He penned the title track of her debut record, “Yours” (among many others), and that album climbed to the Top 10 on the Billboard Jazz Charts in 2005. Their new duo album “Dream in the Blue” was released in August 2016, and also charted well on Billboard, iTunes, and Amazon.

“Josh is that rare young musician who has not only a wealth of study and experience under his belt (all but assuring him a prominent place in jazz music), but he also possesses those rarest of musical attributes: a touch, a tone, and a “sound” that are all identifiably his own.” – Peter Erskine, legendary drummer

“A definite fresh sound by a guy who should be in everyone’s iPod.” – George Harris, All About Jazz

“Nelson distinguishes himself as a first-rate player and composer with a fresh, wholly personal take on the music.”  – Bill Milkowski, Jazz Times