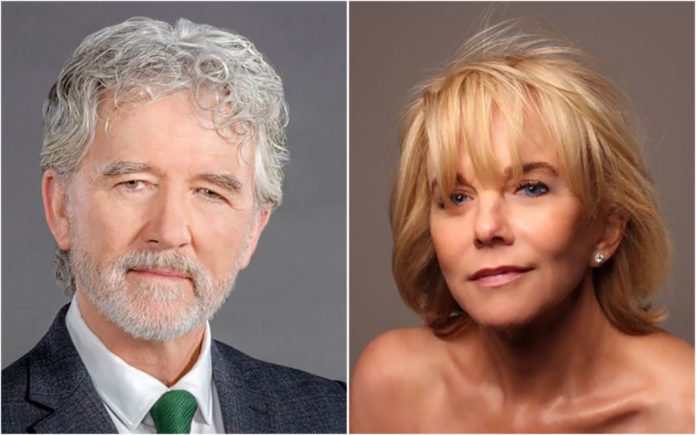 Coachella Valley Repertory’s Theatre Thursdays presents Luminary Match-Up featuring Linda Purl and Patrick Duffy. Those who attend this one-hour FREE virtual event will be immersed in a conversation between American actress and singer Linda Purl (Happy Days, Matlock, The Office) and her beau, Patrick Duffy, widely known for his leading role on the CBS primetime soap opera Dallas, where he played Bobby Ewing. This exclusive luminary will take place on Thursday September 24, 2020 at 6 pm PST. Those interested in reserving their spot in watching these two television stars, can register for a Zoom link at www.cvrep.org.

Linda Purl’s and Patrick Duffy’s bio and photo are attached. Information on upcoming presentations can be found on the website, and registration links are included.

To register for any of these events, please visit  www.cvrep.org.  To continue CVRep’s mission of providing educational, entertaining and thought-provoking presentations, CVRep is offering Theatre Thursdays, a weekly, virtual entertaining and learning opportunity. All presentations are offered via Zoom to observe social distancing guidelines.

Patrick Duffy’s tremendous world-wide audience appeal has been gained through three highly successful series.  Starting with “Man From Atlantis,” then his thirteen years starring as Bobby Ewing on “Dallas” (including the unprecedented dream season which he is brought back from the dead in the famous shower scene), and finally in seven seasons of the popular half-hour situation comedy “Step by Step”, Patrick has consistently been an audience favorite. All three series were not only hugely successful in the U.S., but have become benchmark programs all over the world as well.  “Man From Atlantis captured its place in history when it became the first American television series program to be aired in China. Born in 1949, Patrick was raised in a small town of 600 people in Montana and moved to Seattle in 1961.  He began the Professional Actors Training Program at the University of Washington under RAD and Old Vic Alumnus William Duncan Ross and Canadian theatre and movement teacher Arnie Zaslov. This was the first undergraduate professional school for actors in a major U.S. university.  Over 1,200 people auditioned for this ‘second year’ of the program and Patrick was one of 12 selected.  The four year program trained the actors in works from medieval morality play to the modern works, with the obvious emphasis on Shakespeare through Mr. Ross and theatre and movement with Mr. Zaslov. Upon graduation Patrick was hired as Artist-in-Residence for the state of Washington where he performed with symphonies, opera and ballet companies.  It was at this time he met and fell in love with his wife, Carlyn, a ballet dancer with the First Chamber Dance Company of New York.  Patrick was narrating their performances on their U.S. tour.