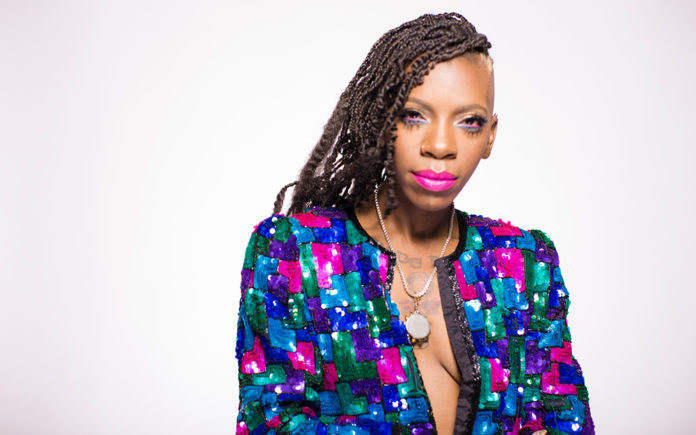 “I am going to change the world through my music,” says the self-proclaimed Punk Empress of African Rock (aka Afro Punk) from her home in New Orleans.  AfroPunk Magazine seems to agree as they recognize “the vulnerability and sincerity that comes through” in Williams’ latest album Believe.

The title track to her new record begins as a dreamy electronica love prayer to a boyfriend.  As the repetition of the prayer continues, the song evolves and grows as brass horns weave seamlessly with her voice to create a positive energy shared with the listener.

Before we go on, I am going to guess that you have no idea what modern Afro Punk music is.

Once upon a time, Afro Punk was a music style owned by bands like Fishbone and the Dead Kennedys.  Today’s Afro Punk is quite different than their far more raucous forefathers.  Teen Vogue calls Afro Punk, “a radical act of self-care – a realized demand of safe spaces for people of color.”  A place very similar to the Joshua Tree Music Festival, where Cole Williams will be performing on Saturday at 3pm on the main stage.

A child of Jamaican immigrant parents, Williams first learned to sing at church.  She grew up in Brooklyn studying classical piano and voice from the age of four through high school during which time she performed recitals at the infamous Carnegie Hall.

Williams has worked as a backup singer, songwriter, producer and performer with the Pimps of Joytime, the Bad Boys, Lisa Lisa & the Cult Jam, Alec Blacc and many more.

After moving to New Orleans from Brooklyn in 2015, Williams quickly found her place in the New Orleans music scene as evidenced by her regular performances at the prestigious New Orleans Jazz Festival.  Off Beat Magazine-New Orleans has nominated Williams for Best Female Vocalist of the Year. 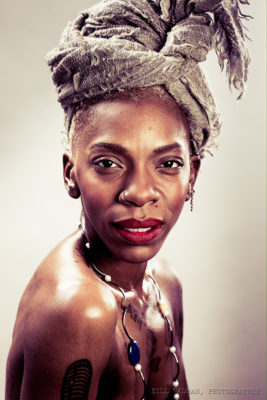 After Williams finishes her set on Saturday, you can expect to see around festival grounds selling her handmade jewelry or working with kids in Kidsville.  Sunday at 12:15pm, Williams takes part in the Songwriter Sessions at the Boogaloo stage.

Getting back to Williams’ self-produced national solo debut album, Believe, the album is Afro Punk at its best, fusing Electronica, R&B, Blues, Gospel and Classical sounds over a bed of Afro-centric rhythms and powerful vocals that evoke thoughts of Lauryn Hill with a Grace Jones edge.

Williams wrote the lyrics to “Sin City” at the Guitarfish Music Festival, a sister festival run each summer in northern California by the same team that brings us JTMF.

My favorite song title on Believe is the playful “BOWL IN A POT in a pan on top of a Plate.”

“The song is about my former friend and roommate in Brooklyn,” offers Williams.  This ‘friend’ badly abused Williams’ hospitality to the point that Williams had to have her brother evict the freeloader while Williams was on tour.

In a scoop that is sure to leave TMZ annoyed, we have the exclusive rights to the picture of a bowl in a pot in a pan on top of a plate that was in fact left by that freeloader.  It is the last known picture taken while Williams’ had this roommate.

“My sound comes from life experiences,” offers Williams.  This nowhere more obvious than the song “Rose Color,” an organ-heavy song about the end of a relationship that feels like something you might hear in a Tim Burton funeral scene.

More often, Williams performs songs like “Stand Tall,” a track that blends New Orleans brass with rhythm and blues and African percussion to create a unique, hypnotic rhythm that accompanies Williams’ message that the listener should be proud of who they are.