With all of the Coachella Valley gearing up for this year’s Coachella Fest, many of the pre-Coachella parties have proved to be big events in themselves. Talented musicians like Dan Deacon and bands like James Supercave will be heading into town to play Collide’s “Not a Pool Party” Coachella kick-off event at The Hard Rock Hotel Thursday, April 14th. The anticipation of this event is mounting as I spoke with both of these performers about the event, their music now, and where they are headed. 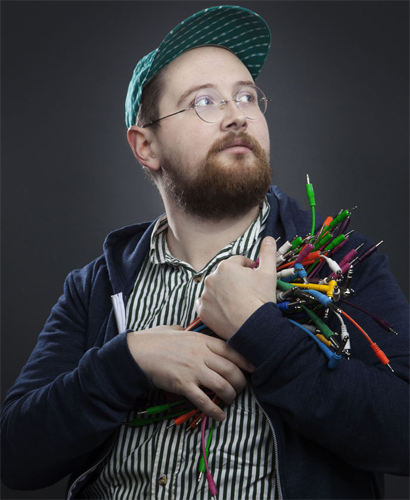 I asked Deacon what he is looking forward to at Collide’s event and playing in Coachella Valley.

“It will be a great show. I love the desert. The desert is the most psychedelic of all the landscapes,” he laughed. “I played Coachella in 2008. I think that was the first big festival I played. I was uncomfortable… It took me a while to understand how the non-independent music scene works… I immediately left and like a fool I didn’t go see Prince.”

I wondered if he would be able to stick around after his event this year to enjoy Coachella.

“Nope!” he laughed again. “I am in the studio actually. I have my weekday job which is recording. Then I am out playing on weekends… I am starting the writing process for my own record and then producing someone else’s record… I am trying to take time off this year. April’s a busy month with Festivals… but I’m trying to only play a handful of shows this year.”

I asked if his love of technology lead him to making music or did if he discovered technology as a way to express his music?

“I didn’t realize I liked making music until I discovered making it on the computer,” he responded reflecting. “I didn’t play guitar or keyboard. When I was a kid in Jr. High I discovered music software on a computer my parents bought me and I fell in love with it. I often think how I probably wouldn’t have been a musician had I been born a decade earlier. There wouldn’t have been consumer based music software. The same way that you hear an amazing guitarist, I don’t know that there would have been an amazing cellist in the 1700’s… Although I do love to perform, prior to music, I thought I would go into stand-up comedy. I think that is actually the hardest of the art forms. But anyway I lucked out being born at this particular time and the technology resonated with me and I am very excited to be here.”

Deacon went on to share what is different about his music now.

“I think when I made music when I first started there was a newness to it. And that newness was very exciting,” he stated. “But obviously that newness is something that can only happen once. And being a mid-career artist, someone who has one foot in the pop door and one in the experimental door, it’s a really nice place to be. It’s like watercolors where they bleed together. Ten years ago I was much more into bright colors and strict boundaries and rigid lines, but now I am much more into the bleeding effect of watercolors and the murkiness of how you can’t really tell what is where.”

He shared what he hopes to accomplish next as his tastes evolve.

“As anyone progresses through life, you try to discover aspects of yourself that you were unaware of or didn’t realize,” he said. “I am trying to do that with my music and finding out what aspects of music I am drawn to at this stage in my life, going back and reflecting on musical choices I made in the past and what textures and sounds or approaches to sounds that I haven’t been focusing on for the last several albums that I can dive into. You know as you get older you start to find beauty in things that you didn’t find beauty in before. I am starting to realize that in the way that I listen to music and appreciate music.”

Being a mid-career artist, I asked him when  it was that he felt he had “made it” and that people were really hearing his music?

“When I put out the record Spiderman of the Rings,” he replied confidently. “Up until that point I was building my name in the underground. It was the first time I had to have a bank account and an ID. I was keeping all of my money in a sock. When you need to upgrade from sock to bank account, that’s when music becomes your job, in a good way.” 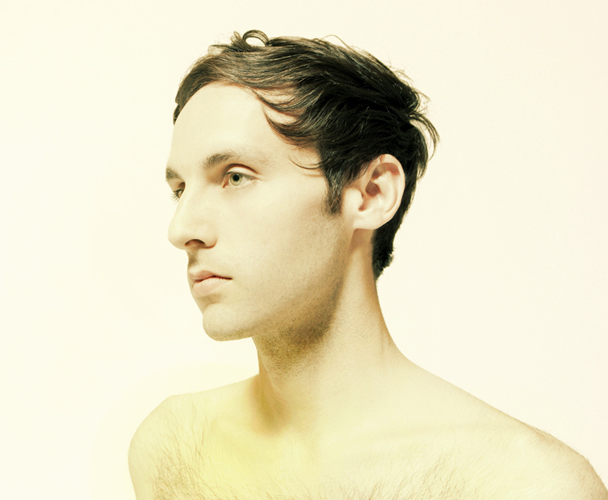 I spoke with Joaquin of the band James Supercave, who will be opening for Dan Deacon at Thursday’s Collide event. A Los Angeles native, I asked if he had been out to Coachella Fest or events as a fan in previous years.

“Oh yeah I have been to Coachella many years in a row,” he reflects. “The last year I went was when Guerillaz played, that was pretty cool. We are excited to be opening up for Dan Deacon at the kick-off event. I have caught a few of his shows and they can be pretty intense.”

Their album, Better Strange, was just released in February this year. He shared what the response has been so far and how is it affecting their lives in Los Angeles?

“It has been a relief to finally give birth to that thing,” he chuckled. “We have been working on it forever so it feels good to get it out in the world. There is high ambition from this crew… We are singing from the bottom of our hearts so it is cool when people actually hear it. I really like the culture that’s going on in LA right now. I think it is in its hayday. Everyone seems to be moving here right now. There’s definitely a pull going on out here and we are reacting to it.”

James Supercave has an upcoming tour with Wild Belle. I asked Deacon what he is most looking forward to while on tour.

“This will be our first time East of Texas,” he responded excitedly. “First time in New York, in Chicago, and we’ll be in New Orleans. We are all stoked. I am really proud of the show we have right now. We hope people get out and see it!”

Deacon went on to talk about new material for the next album.

“We have been doing some new writing and recording but it is still in the primordial ooze phase,” he states. “We are still figuring out what the new sound will be. The new album will definitely be different… There is a pretty heavy passion for beat production. There is a much darker sound that goes on in home production. This album (Better Strange) seems sunnier than where I think the next one will go, but who knows.”