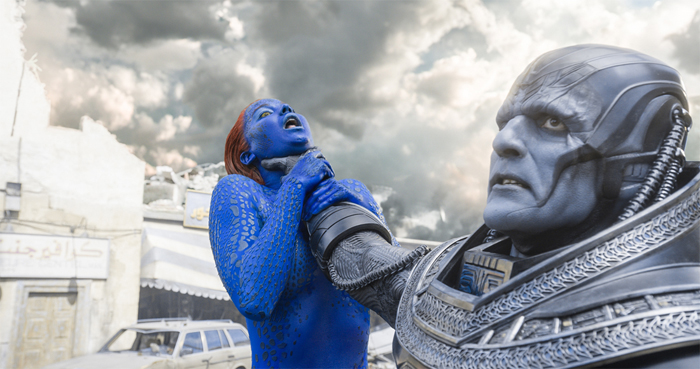 Director Bryan Singer is back with another X-Men extravaganza that’s top-heavy with predictable clichés and big cgi action.  But really, isn’t that what it’s all about? Drawing on real-world religious mythology, the plot has the ancient god Apocalypse returning (talk about your “ancient aliens”) who, by the way, has been worshipped since the dawn of civilization as the first and most powerful of all the mutants in Marvel’s X-Men universe.  Now, after being dormant for millennia he’s back in the real world after amassing the powers of many other mutants and becoming immortal and invincible. But upon awakening, he’s disillusioned with the world as he finds it so he recruits a team of mutants to cleanse mankind (remember the Old Testament’s angry god who brings on the great flood for the same reasons?).  The themes in this film strike me as not only Biblical but also very jihadist.  However, I think the confused storyline drifts from what it could be.  As the fate of the Earth hangs in the balance, Raven (!) helps Professor X lead a team of young X-Men to stop their greatest enemy and hopefully save mankind from complete and total destruction.

I was not impressed with the tedious and overloaded action and the mostly clichéd villain that diminishes the otherwise fine performers and somewhat relevant themes.  This is not a peak experience for fans of this particular superhero franchise.  I wonder if there’s still an appetite for the seemingly endless stream of superhero movies?  My hunger has been more than satisfied, especially after the hugely anticipated but greatly disappointing “Batman vs. Superman: Dawn of Justice”. 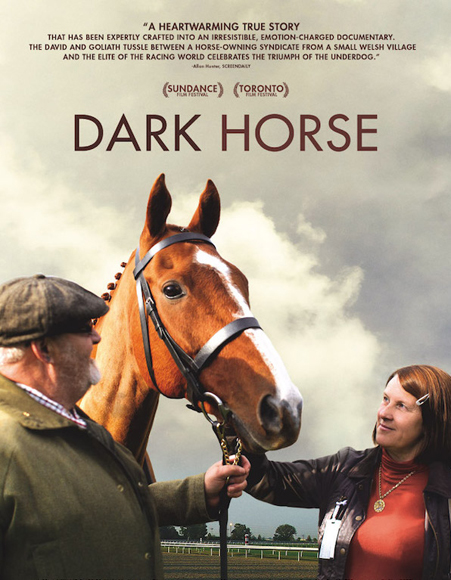 From writer-director Louise Osmond, this enthralling and truly inspiring documentary drama tells the bigger-than-life true story of how a lowly barmaid with minimal assets and her working class friends in a defunct mining village in South Wales breed a champion racehorse.  I was moved by this terrific true tale that does not disappoint.  I loved the notion that a group of inexperienced friends can take on the powers of the elitist “Sport of Kings” and come out on top.  This fresh take on a David and Goliath story is immensely satisfying to all who desire to wake up and make their dreams come true.  Big recommendation. 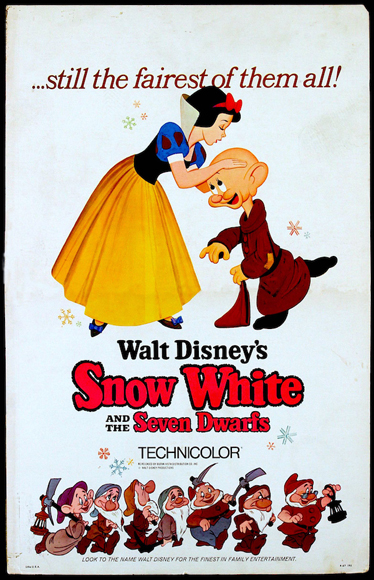 Walt Disney’s genius as an artist and visionary is on full display in this timeless and beloved tale.  The story is involving and the wonderfully drawn characters come alive in a vibrant world that truly comes alive.  This is a unique genuine piece of living art. And the beautiful and fitting songs do not distract.  This movie set the animation standards and raised the bar for decades to come.  The quality of the handcrafted art is still a wonder.  When I was working on Ralph Bakshi’s “Lord of the Rings,” there was an older woman artist who told me she worked on “Snow White” and was responsible for dabbing her thumbprint in pink paint to place the rosy glow on Snow’s cheek. This beautiful hi-def transfer is definitely one for the digital home library 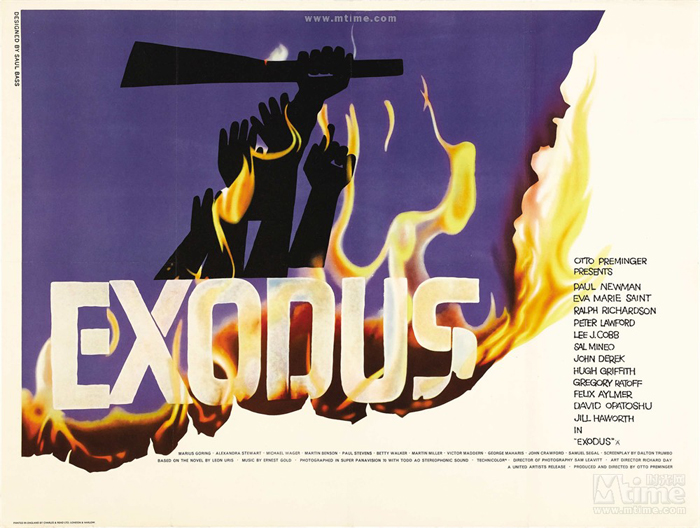 Otto Preminger’s powerful epic is a fictional but fact-based account of the struggle for the emergence of modern Israel as an independent country and home for world Jewry.  It remains a relevant and engrossing film that’s worth revisiting.  The great cast features Paul Newman, Eva Marie Saint, Ralph Richardson, Peter Lawford, Lee J. Cobb, Sal Mineo, John Derek, Hugh Griffith and Jill Haworth (the latter on who I had a crush).  Ernest Gold’s rousing Oscar© winning score can be enjoyed as an isolated six-track option.  This crisp restoration is part of Screen Archives series of limited editions of only 3,000 units.  Twilight Time Movies.  Blu-ray. 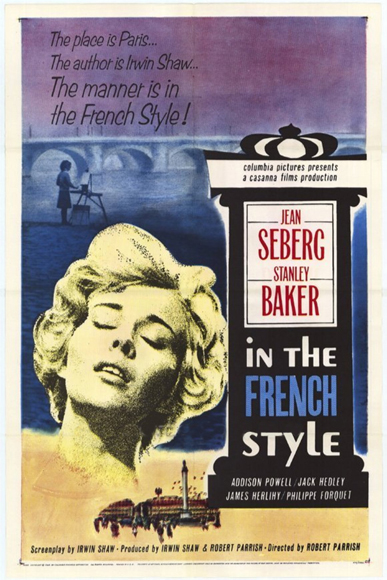 The marvelous Irwin Shaw adapted two of his own Paris-set short stories for In the French Style (1963), directed by Robert Parrish (The Wonderful Country) and starring Jean Seberg. Once again, Seberg is the archetypal footloose American girl in the City of Light, engaging in a series of affairs before falling hard for a hard-drinking journalist (Stanley Baker). Beautifully shot by Michel Kelber (French Cancan) and featuring a score by the man who was, for many years, Jean Renoir’s house composer, Joseph Kosma.  Featured co-stars: Jean Seberg, Stanley Baker, Phillippe Forquet, Addison Powell, Jack Hedley, Maurice Teynac and Claudine Auger. 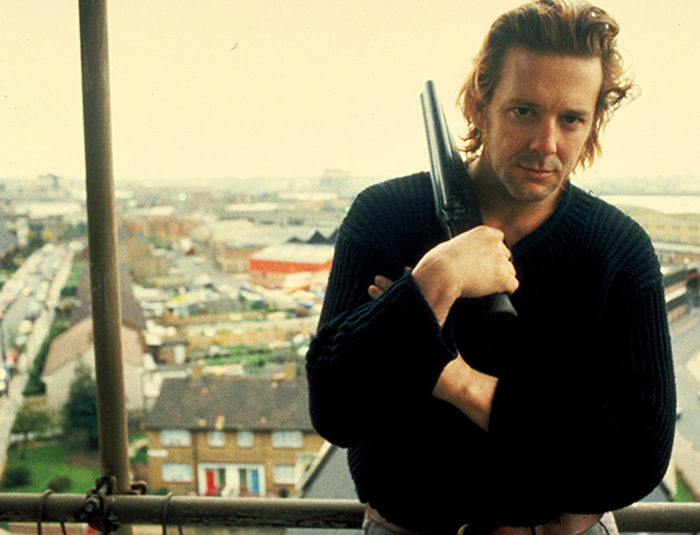 Director Mike Hodges’ adaptation of the Jack Higgins thriller focuses on a former IRA terrorist (Mickey Rourke) forced into killing a mobster in order to walk away from a lifetime of violence. Bob Hoskins co-stars as the priest who may offer him redemption, with Alan Bates as a flamboyant London crime lord who’s had enough of both IRA man and man of God. Mickey Rourke, Bob Hoskins, Alan Bates, Sammi Davis, Christopher Fulford, Liam Neeson and Alison Doody make up the near perfect cast. Among the extras, Bill Conti’s fine score can be enjoyed as an Isolated Track (with some effects) / also fascinating comments by Director Mike Hodges on “A Prayer for the and Director of Photography Mike Garfath.  Twilight Time Limited Edition.  Blu-ray. 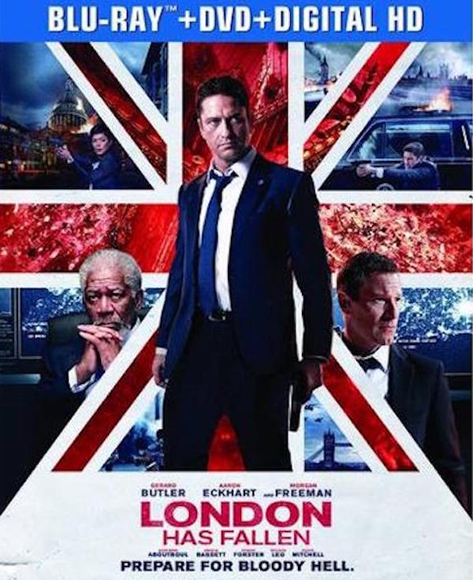 “London Has Fallen” traps a talented cast — and all who choose to see it — in a film loaded with xenophobia and a cornucopia of action movie clichés.  Gerard Butler is back as Secret Service Agent Mike Banning. This sequel to the worldwide smash hit “Olympus Has Fallen” begins in London, where the British Prime Minister has passed away under mysterious circumstances. His funeral is a must-attend event for word leaders. However, what starts out as the most protected event on Earth turns into a deadly plot to kill attendees, devastate every known landmark in the British capital, and unleash a terrifying vision of the future. Only three people have any hope of stopping it: the President of the United States (Aaron Eckhart), his formidable Secret Service head (Gerard Butler), and an English MI-6 agent who for good reasons trusts no one.  The screen is awash in chaotic and non-stop cgi action.  If that’s your cup of tea, this one’s for you.  I must admit, it’s still a thrill to see recognizable landmarks blown up!  But that’s my 12-year old inner child  speaking.  Universal.  Blu-ray.