COMIC CON PALM SPRINGS… is excited to begin a new chapter with our family and partners the heralded Coachella Valley Weekly the periodical pillar in arts and entertainment. Every month CCPS plans to contribute articles, information, stories, the latest news and info regarding the upcoming Comic Con Palm Springs 2017 and much more all stemming from the pop culture phenomenon of today. We are glad to add an additional dynamic to everyone’s experience as readers grab a CV Weekly to start their weekend. CCPS had an incredible inaugural year with so many fans and guests coming to the event. We together as a community made a great many people from around the globe feel special as Comic Con Palm Springs hosted the very first international comic con in our valley. So stay tuned and look each week to the Coachella Valley Weekly for your dose of pop culture comic book escapism.

Now…Get Ready to Suit Up!

Why You Need to be Reading Comic Books

With so many forms of visual entertainment available today, the idea of reading comic books may appear so simple to the point where it’s brilliant. Now yes, I wrote brilliant, because if you think about it, for decades writers and artists have been offering readers a story, an adventure, an experience that offers something they may not be getting from the cinema or TV. In these stories, the reader decides how involved to get, whether it means reading an entire story at one time, or waiting from month-to-month for each issue. But it won’t be delayed due to buffering. 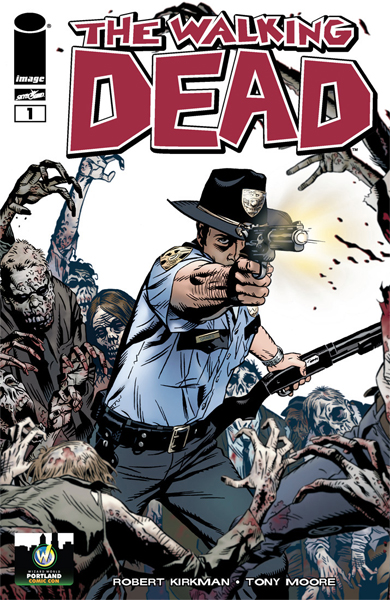 For years, comic books were viewed by most adults as something fleeting and something distracting that kids used and should “grow out of them.” Well, I think it’s safe to say since Hollywood started eating up comic properties left and right, the concept of “growing out of them” has fallen to the wayside. I mean it’s safe to say EVERYONE has seen DC’s “The Dark Knight” and Marvel’s “The Avengers” and knows how successful each was at the box office. I mean in 2003, people had no idea that a comic published by Image Comics called “The Walking Dead,” which was written by Robert Kirkman and drawn by Tony Moore, would 7 years later spawn one of the most popular TV shows on cable television. Look how many people spent time worrying over just who Negan killed between seasons 6 and 7. I have to say I wasn’t all that shocked that it was Abe and Glenn, as that’s along the lines of how they were killed in the comic.

So why should the average consumer bother with reading comics way before a title catches the eyes of Hollywood. Well honestly for the fun of it. Now I’m not saying abandon all other forms of consumable entertainment, but hear me out. I’ve spent close to 30 years reading and collecting comics, and with each issue of X-Men, Dr. Strange, Batman and Nailbiter, I get to escape, and enjoy a story and amazing art that lets me focus solely on the content in front of me. I don’t have to wonder what Gotham city looks like on a night where it’s rained for the fourth straight night in a row, I get to see that through not only Greg Capullo’s art, but also Scott Snyder’s words! I get to witness how the group of people labeled freaks by some and the next stage of human evolution by others, try to survive in X-Men. I get to see how the theme of a group of outsiders looking to still do good, still holds a meaning in today’s divided culture. In Nailbiter I get to see how trifling it would be being an FBI agent trying to save a longtime friend amidst a town full of serial killers, and I get to see how demented some people can become! I get all of that laid out for me in a presentation that some movie studios wish they could not only capture, but create!

Another great thing is that comics are created and produced by folks who want the reader to share in their excitement, and do so through a story filled with conflict, drama, romance, passion and character dynamics, all within 28 pages. I personally enjoy the monthly periodicals as opposed to the trade, or wait, what’s the politically correct term that retailers who didn’t carry them 10 years ago categorize them as now, oh yeah the “Graphic Novel.” The other great thing I’ve discovered over the years of reading comics, and the various sub-genres offered, is that when you have the visuals with the written material it carries the material to the next level. And all of this is being accomplished by spending any where’s from $3.00 to $5.00 on an issue. I know some folks are scratching their head going “$ 5.00 for a comic book!?” To those folks I say, well … yeah, the folks who own the local comic shops and the artists and writers who create the books have families to feed too. 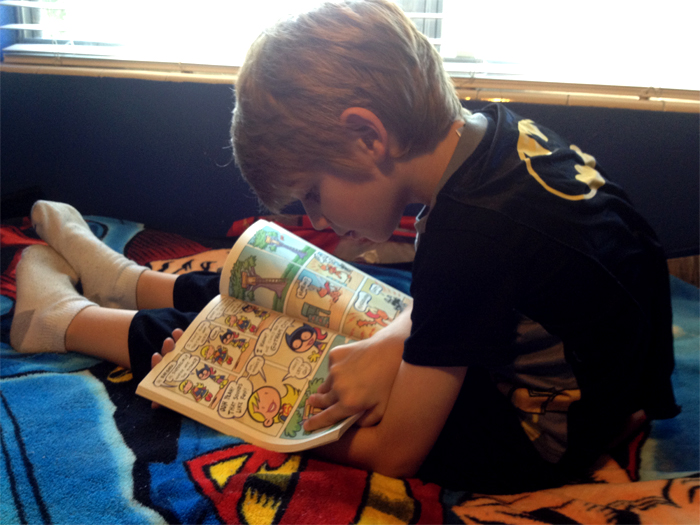 Now on a related note, for those still waiting to be impressed by this column, and have stuck through it, thanks. This should hopefully make your lives a tad bit easier, especially if you’re a parent with a kid who doesn’t want to read in school. Here’s an idea, give them a comic book! Sure you’re probably sick of them being glued to a screen, so why not use their love for Captain America or the Teenage Mutant Ninja Turtles to your benefit. Take them to a local comic book store and give them enough for a single issue of the new release shelf. Then get them to read that. If it’s already something they like, from a movie or video game, then before you know it, they’ll use those same skills and work their way to novels. Who knows, their reading may even improve in both the classroom and on homework. I mean I’ve never heard a parent complain “damn, my kid spends too much time reading and studying!”

So whether you’re looking to be entertained by something that features a popular character seen on the big screen, you’re looking for something different to read that’s outside your comfort zone, or if you just want to challenge your kid to become better at reading in general, read a comic book.