There’s nothing like the anticipation of a new movie that connects with some spark of personal interest. We are all voyeurs hoping to share in some common dream. My impression is that at this writing, the two most talked about movies are Derek Garth’s GODZILLA (set for a midsummer release), and Christopher Nolan’s INTERSTELLAR, his sci-fi story about a team of space travelers who travel through a wormhole. It’s set for November 7, but that date could change. The expectation is that this will be a groundbreaking story with visuals to match.

On the near horizon, but unseen, are several films that have captured the attention of film buffs everywhere. We can only hope that the premise of the poster and the tease of the trailers will not be deceptive of a disappointment. 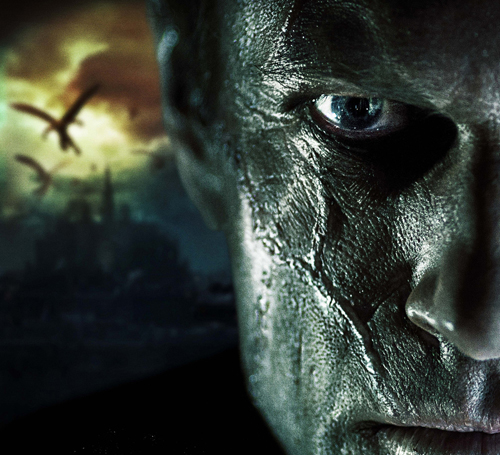 Mary Shelly’s creation continues to thrive on the big screen. This time around, Aaron Eckhart is Victor Frankenstein‘s monster Adam. Set firmly in a present day dystopic world where gargoyles and demons are battling for ultimate power and especially the secret of Adam’s immortality. Based on the graphic novel “I, Frankenstein” by Kevin Grevioux and directed by Stuart Battie, this one looks like it has what it takes to bring some of Shelly’s still potent ideas into the 21st Century. January 24. 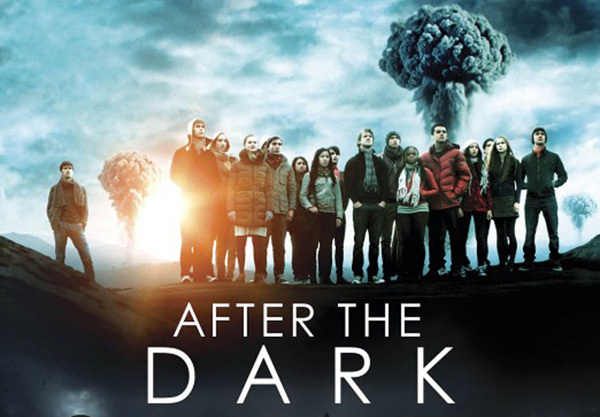 At a school in Jakarta, a philosophy teacher proposes to his class of 20 a thought experiment: Faced with a nuclear apocalypse, they must decide which 10 of them would take shelter to reboot the human race. The class decisions become deadly as each turns against the other in a fight that blurs the lines between theoretical and real. February 7. 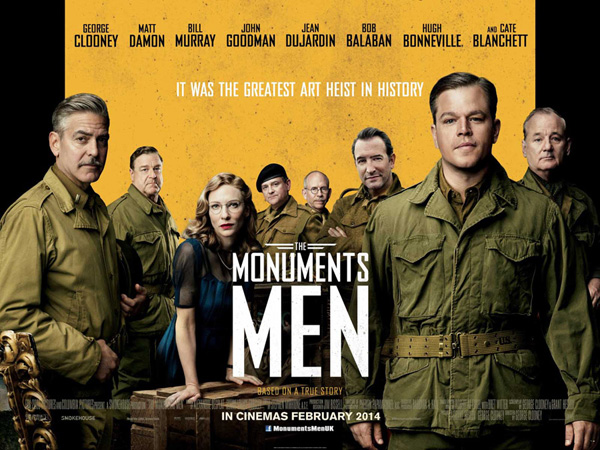 Based on a true story, this action drama is about a World War II platoon that goes into Germany to rescue artistic masterpieces from Nazi thieves. Can an ill-equipped and unlikely team of museum directors save 1,000 years of culture? The screenplay by George Clooney & Grant Heslov is based on the book by Robert M. Edsel with Bret Witter. February 7. 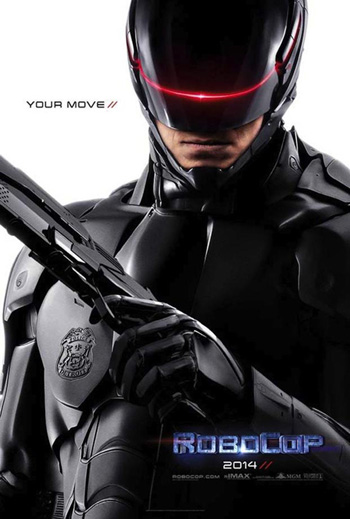 Can free will be programmed? Or better yet, be de-programmed? Or how about this: Can the illusion of free will be programmed? Big questions shimmer in the background of this reboot of the RobCop franchise. It’s 2028. Multinational conglomerate OmniCorp dominates with it’s advanced robot technology. Their drones, used world wide by the military, have made billions for OmniCorp’s elite shareholders. Now OmniCorp plans to bring their controversial robotic technology to every city. So they build a part-man, part-robot police officer, but they never counted on one thing: there is still a man inside the machine with an innate sense of justice. February 12

GIRL ON A BICYCLE 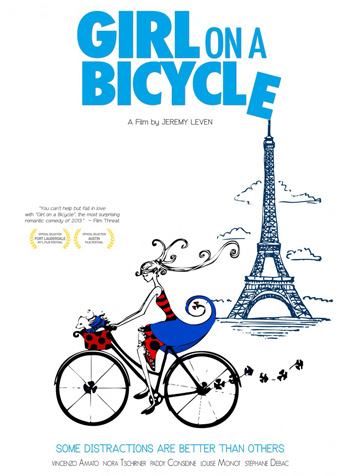 Paolo drives a Paris tour bus. He has just proposed to German stewardess Greta, when a young French beauty, Cécile, pulls up beside his bus on her bicycle. Uh oh. Since this is a French film, Paolo follows the bad advice of his pal Derek and quickly finds himself in a life upside-down, to put it mildly. Sounds fun. Made me think of the original HEARTBREAK KID. February 14. 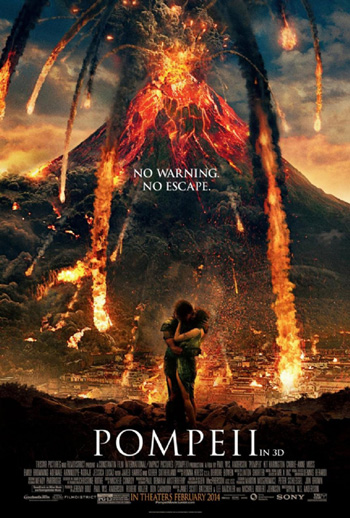 Can a gladiator (Kit Harrington) escape the arena, save his true love (Emily Browning) from a corrupt Roman senator and, oh, yes, the monstrous might of exploding Vesuvius? W.S. Anderson directs from a script by Janet & Lee Batchler and Mike Johnson. The big question is: How close is this to the abandoned Ridley Scott film based on the book by Robert Harris? Word is the movie has the best volcanic effects ever put on screen. But is that enough? It’s TITANIC with a volcano instead of a sinking boat.

AVAILABLE FOR THE HOME THEATER: 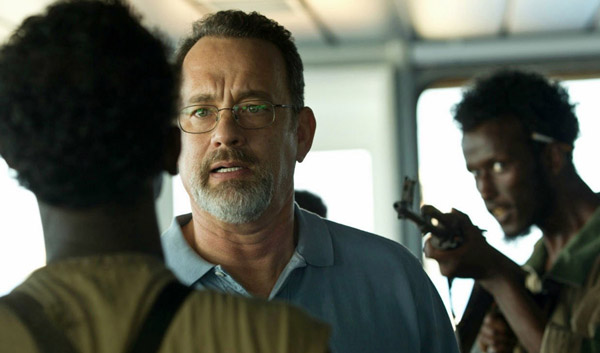 CAPTAIN PHILLIPS is a talky, lengthy, sometimes tedious story of a cargo ship’s captain (Tom Hanks) kidnapped by Somali pirates. There’s no real plot here, he’s kidnapped and rescued. That’s it. Hand-held, jerky camera on the open sea did not make the viewing experience any easier. Paul Greengrass directs with no sense of personal revelation or real emotion. At the screening we attended, people companied of migraines and queasiness. Merely creating the verisimilitude of a true event does not make affecting drama. A much superior film is the Danish A HIJACKING. 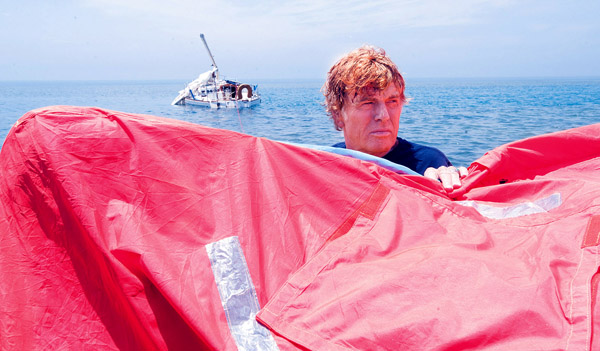 ALL IS LOST is Robert Redford’s “old man and the sea.” This low budget drama is only for those who have never sailed and who think Redford’s wrinkled face can still hold the screen as a man with no name and no background. He can’t. 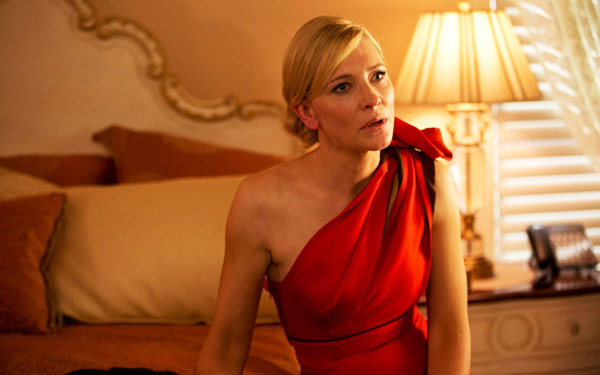 BLUE JASMINE is a comedy drama starring Cate Blanchett as a Bernie Madoff-like wife visiting her sister in San Francisco after the meltdown of her husband’s fraudulent financial empire. Blanchett is superb and the move is immensely satisfying.

IT’S A MAD, MAD, MAD, MAD WORLD gets the Blu-ray Criterion treatment with generous extras and a great looking transfer. This epic comedy still generates big laughs and its fun to see all the locations from our CV that are still recognizable. This hi-def edition is one for the digital library.