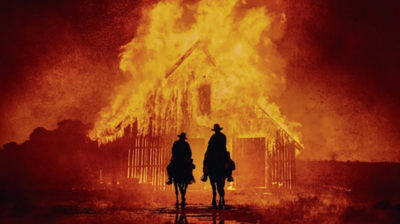 Director Jacques Audiard’s reimagined western adapted from the novel by Patrick deWitt is an unsettling and witty exploration of masculine identity circa1851 America.

Charlie and Eli Sisters (Joaquin Phoenix and John C. Reilly) are assassin brothers with blood on their hands: that of criminals and innocents alike. They know lifestyle other than other than being gunmen for hire.

Introspective Eli, the elder brother rides hard with his sibling and dreams of a normal life. Hard-drinking Charlie has taken charge with enthusiasm as lead man on the duo’s assignments. But each increasingly questions, and quibbles with, the other’s methods.

The Sisters brothers find themselves on a painterly trek through the Northwest, to the mountains of Oregon and a dangerous brothel in the small community of Mayfield. They eventually reach the Gold Rush land of California – a journey that will test the fatal family ties that bind. But, will it – can it — also be the path to rediscovering what remains of their humanity? Jake Gyllenhaal co-stars as learned scout John Morris and Riz Ahmed as fugitive chemist Hermann Kermit Warm.

If you’re craving an action-filled, mythic rich Viking epic, and it’s been a while, check out writer/director David L.G. Hughes’ lush tale of a Viking princess who is forced to flee her kingdom after being framed for the murder of her father, the King.

With the divine help of the god Odin, she travels the world gaining wisdom and recruiting the army she needs if she’s win back her rightful throne. 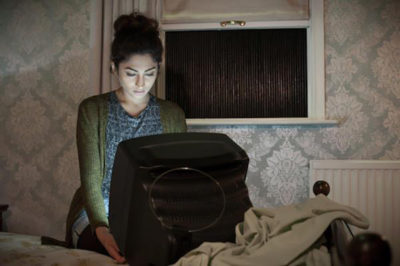 On Christmas morning, the Milgram family awakes to find a mysterious black substance surrounding their house. Something bizarre is happening just beyond their front door, but what? Is it an industrial accident, a terrorist attack, nuclear war? The family quickly erupts in terrified arguments. Desperate, they turn on the TV for information. An on-screen message ominously warns: ‘Stay Indoors and Await Further Instructions’.

Naturally the television exerts an increasingly sinister grip on their lives and soon their paranoia escalates until there’s an explosion of bloody carnage.

If you like intense, mind-bending horror, don’t miss this tour-de-force from rising star filmmaker Johnny Kevorkian and the BAFTA-nominated producer of God’s Own Country. 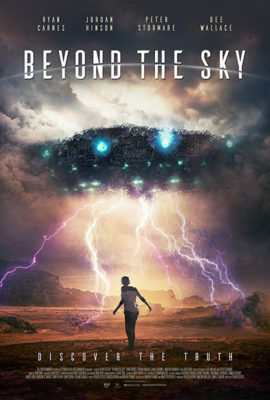 Fulvio Sestito’s sweet sci-fi thriller follows Chris Norton (Ryan Varnes) who’s heard about hearing about alien abductions all his life but has never been a believer. He wants to disprove the alien abduction phenomenon and attends a UFO convention to meet alleged abductees in an effort to reveal the truth. There he meets Emily (Jordan Hinson), who says she’s been abducted every seven years on her birthday. With Emily’s 28th birthday days away they uncover the truth and come face to face with an unexpected reality that may or — may not – answer not only the question of whether or not we are alone – but if true, is it a presence to fear or embrace?