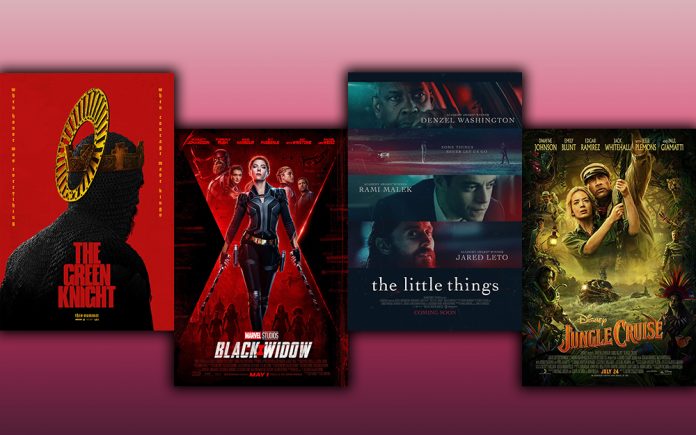 For many movie buffs, the home theater has become increasingly bigger (screen wise) and better.  Great sound and large ultra sharp 4K images are becoming the norm as we wean ourselves away from the big theatrical screen.

Many movies buffs have re-discovered the joy of finding older and new films on disc to supplement the plethora of movies available on various streaming platforms.

That said, there’s still something to be said for actually owning a physical disc of a great movie you can pop in and enjoy any time.  Kinda like readily referencing a beloved book.  The most loved stories, whether movie or book, have a timelessness that reminds us what it mans to be human.

Here are three soon- to-be released theatrical films that probably can be best enjoyed on a large theater screen, although they will eventually – sooner than later – be available to purchase as a disc or stream on your favorite platform.

It’s hard not to think of John Huston’s “The African Queen” when seeing the various posters for this movie and watching the terrific trailer for this, yet another film based on, or at least inspired, by a beloved old-school (original) Disneyland ride.

Lily has traveled from London to explore the Amazon jungle and hires Frank’s dubious services as a guide to take her downriver in his ramshackle boat.

Lily is hoping to locate an ancient tree with mythical but extraordinary healing powers that could change the future of medicine.

This epic quest brings together two unlikely people who encounter numerous dangers and inexplicable  (supernatural?) forces embedded in the lush, deceptive beauty of the rainforest.

As the secrets of the lost tree are revealed, the stakes for Lily and Frank are raised as their fate – and mankind’s – hangs in the balance.

Director John Collet Serra’s film fully delivers the promise of the poster and the premise of the trailer, and that’s a rare thing.  Johnson and Blunt are a terrific team and perfectly cast.  See this one on a rally big screen (at home or in a theater).

BLACK WIDOW (In theaters and on Disney+ July 9)

Marvel Studios is making its return the big theater screen with the long and much-anticipated Scarlet Johansson superspy Natasha Romanoff’s back-story, already suggested during her many appearances in previous “Iron Man” and “Avenger” movies.  In her latest, she must deal with some of the disturbing and dark facets of her past.

THE GREEN KNIGHT  (In theaters July30)

His imaginative and stunningly adapted film based on the Arthurian legend that recounts the tale of Sir Gawain (played by Dev Patel), Arthur’s reckless nephew who sets of on a dangerous quest to confront the Green Knight, a gigantic emerald-skinned stranger and a “tester of men.”

Gawain encounters ghosts, giants, robbers and schemers in what eventually devolves into a much deeper journey to define his own character and prove his worth to his family and kingdom by bravely facing the ultimate challenger.

This mesmerizing and bold take on a classic tale from the fabled Knights of the Round Table is worth the hassle of actually going out to the theater if for no other reason than to share the communal and very human experience of bonding with strangers having the same emotions, fears and hopes as our projected avatars on the big screen.

THE LITTLE THINGS (now available to own)

Kern County Deputy Sheriff Joe “Deke” Deacon (Denzel Washington) is sent to Los Angeles for what should have been a quick evidence-gathering assignment.  But no, instead he becomes embroiled in the search for a killer who is terrorizing the city.

But as they track the killer, Baxter is unaware that the investigation is dredging up echoes of Deke’s past, uncovering disturbing secrets that could threaten much more than his case!