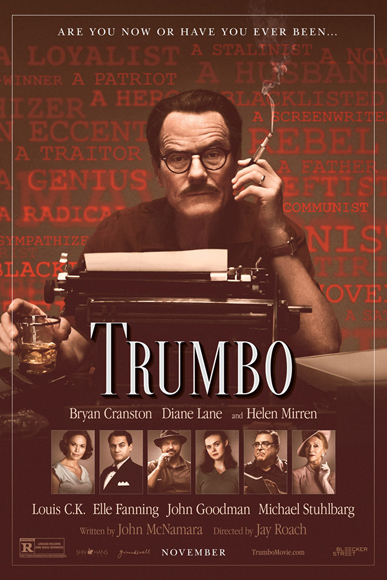 Bryan Cranston delivers a potent performance — I predict that Cranston will be nominated for a Best Actor Oscar© — as blacklisted late 1940’s and ‘50’s Hollywood screenwriter Dalton Trumbo in director Jay Roach’s often eloquent bio-pic that illuminates one of America’s most shameful eras.

This absorbing tale about a successful — and rich — writer who declared himself a communist during a time when post-war, right wing Americans were gripped by a rampant paranoia, is — in my opinion — also a cautionary tale about what can happen in our collective future.

Trumbo was punished by an ultra-conservative sub-culture that feared his produced screenplays might unduly influence moviegoers to embrace a moral and political point of view anathema to theirs. The House Un-American Committee (HUAC) subpoenaed Hollywood filmmakers, actors and writers who were asked to name suspected communists. But Trumbo, the most prominent of the uncooperative “Hollywood ten,” refused. Having defied congress, Trumbo became an enemy of the state, and spent nearly a year in prison. For almost a dozen years, Trumbo continued to write screenplays using an alias. Ironically, under the name “Frank Rich,” Trumbo won two Best Screenplay Oscars© for ROMAN HOLIDAY and THE BRAVE ONE. 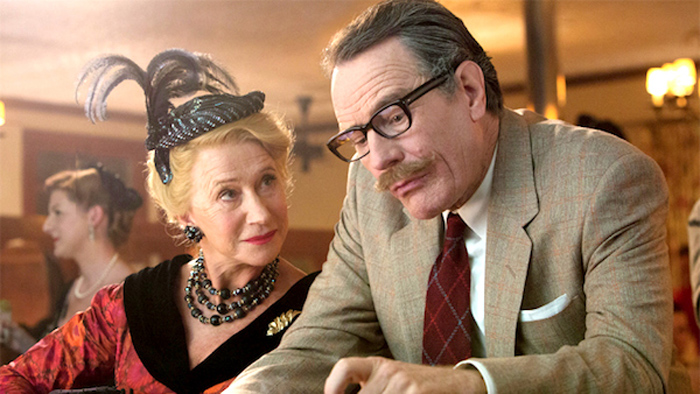 Hedda Hopper, the enormously influential and widely read gossip columnist, supported the government’s crackdown on commies, is beautifully played by Helen Mirren. John Wayne also figures prominently as a supporter of HUAC. The crisp dialogue between Trumbo and his various opponents is finely nuanced by Cranston and resonates in our world.

But in spite of the relevant political elements, this film stays on track as a wonderful and engrossing piece of pure entertainment. At its heart, though Trumbo is about a colorful, real-life eccentric who sacrificed a successful career to stand up for his rights, it is also frequently with memorable bits by recognizable actors. I appreciated seeing Trumbo’s most preferred writing environment in a tub with “extras.” Apparently when he was relaxed and his senses were stimulated, he could more easily create.

In the darker days, he was not above cranking out lowbrow material for schlock producer Frank King (an unrestrained John Goodman). 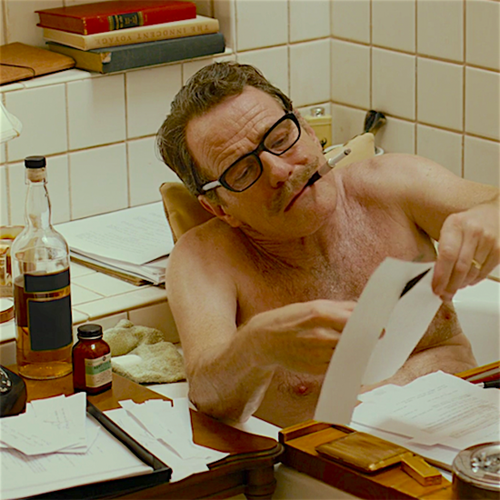 Trumbo said: “Character is destiny.” In the end, there’s no doubt that he stood for our core American values and the sacred right of free expression we hold so dear.  He lived a full and honorable life and left a legacy of films good and bad and great.  Some of the latter about freedom itself (see HOME OF THE BRAVE starring Kirk Douglas).

The blacklist was finally broken in 1960 when Kirk Douglas (nicely played by Dean O’Gorman) hired Trumbo to write and receive on-screen credit for SPARTACUS*  — a film about a slave and freedom fighter who leads a revolt, and pays the price. Like it or not, this often-disturbing film about our not-so-distant past impales the far-right mind-set that is again a growing element of our great country. It’s also a disturbing reminder of how can fail. John McNamara’s screenplay was adapted from “Dalton Trumbo,” the biography by Bruce Cook. Begins November 13 at Cinemas Palme d’Or. 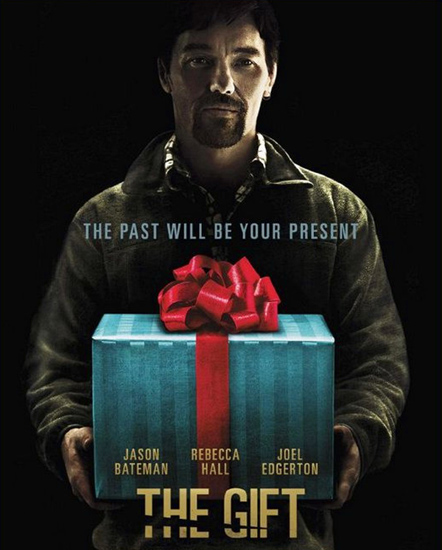 The big question at the cent of this compelling movie is: Can you really go through life having never wronged anyone?” Simon (Jason Bateman) and Robyn (Rebecca Hall) are a young married couple whose life is going as planned until a chance run-in with Simon’s high-school acquaintance sends their world into a narrowing and harrowing tailspin. At first Simons doesn’t recognize Gordo (writer-director Joel Edgerton), but after a series of uninvited encounters and mysterious gifts prove troubling, a horrible secret from the past is uncovered after more than 20 years. As Robyn learns the unsettling truth about what happened between Simon and Gordo, she is forced to consider not only how well we really know those closest to us but are bygones really ever bygone?  Cool extras include a commentary track with Edgerton, “Karma for Bullies,” Deleted Scenes, “The Dark Side of Jason Bateman” and an Alternate Ending.  Universal.  Blu-ray. 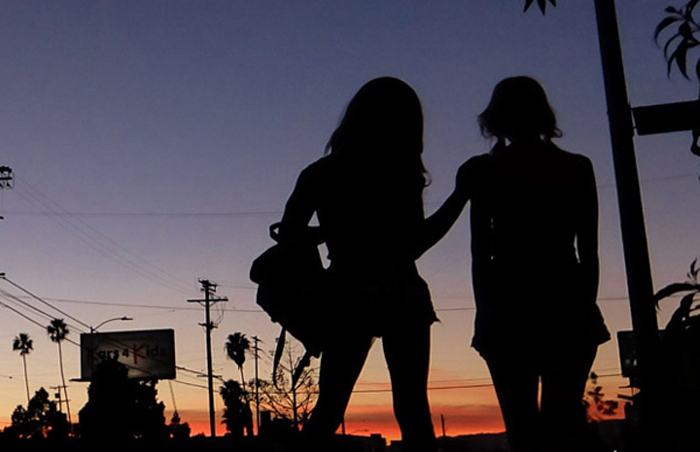 It’s Christmas Eve in Hollywood and Sin-Dee (Kitana Kiki Rodriguez) is back on the block. Upon hearing that her pimp boyfriend (James Ransone) hasn’t been faithful during the 28 days she was locked up, the sex worker and her best friend, Alexander (Mya Taylor), embark on a mission to get to the bottom of the scandalous rumor. Their crazy odyssey leads them to and through various Los Angeles subcultures, including an Armenian family dealing with their own issues of infidelity. This cleverly shot modern Christmas tale bursts with energy and style. Sean Baker’s hilarious and beautiful film was shot entirely on an iPhone 5s!  The meaning of the title is anyone’s guess, but I think I know.  Magnolia.  Blu-ray.