There are only two cities in California named after famous hotels.  Beverly Hills and La Quinta.  Yes, this is true and not a joke.  The La Quinta Resort was built in the 1920s.  Its casitas, made from hand-formed adobe bricks and locally fired roof tiles became a tranquil, remote, retreat.  This quintessential California hotel remains a world-class destination.  It is apropos that the city took on the moniker as well as the attitude for its casually elegant quality of life.

Incorporated in 1982, La Quinta has 38,000 residents.  The majority are year-round desert dwellers with families.  It has the second highest median income of valley cities.

Recently, La Quinta announced the layoff of “up to 23 city employees.” The layoffs are not due to financial distress, but rather fiscal responsibility and workload reduction.  Other than this year and last, the city has had a balanced budget since incorporation and a significant reserve fund of $65 million.  They intend to keep the fund in tact for emergencies.

“It’s a tough decision and our employees have done a great job.  But the overall picture is about our nearly 40,000 residents.  We need to ‘right-size’ the organization,” explained Council Member Linda Evans.  “We want to insure everything that makes us solvent today, will be there for years to come.”

In the mid 1990s La Quinta boomed.  Its population spread out from the cove area north and peaked in 2007.   Frank Spevacek has been working with the city and its planned growth for 24 years.   He has been City Manager since June 2012.  “Our service portfolio has changed,” he said.  “It is critical for the community to understand that the demand has been reduced and the city will reflect the new services required.”

After incorporation and during the growth years, the city’s staff grew to meet the demands most particularly in building and code enforcement.  The older cove area needed sewers, curbs and streets.  And with new development pushing north the city needed wider roads and infrastructure.

Today, La Quinta is 85 percent built out.  Though it has land in its sphere of influence it will focus on its continued stability.  It will maintain and enhance infrastructure.  But Spevacek sees a new excitement in the changing nature of the city and community.  “Society and the world went through a tectonic change at the 2008 financial collapse and since there has been a major shift,” declared Spevacek.  “At city hall we have empowered people to take on the tasks before them and do what it takes to get it accomplished.  We have been open with people and they’ve taken on the challenge and they have contributed in dynamic ways.”

The shift is also seen in how business is changing.  The trend is moving away from big box stores to more pedestrian friendly environments.  Spevacek lives in the cove.  Over the holidays, his visiting adult daughters confirmed the new preference when they asked to walk to the Village area for dinner and drinks.  “People don’t want to drive anymore.  They want to go out, mingle, get coffee right in their neighborhoods,” he said.

La Quinta has recognized the need for more pedestrian friendly centers where business meets lifestyle. “We have the right combination of restaurants and shops.   There is a social community here that appreciates a healthy lifestyle and cultural activities.  That’s what we want to provide for La Quinta,” said Evans.

According to David Archer, La Quinta’s Chamber of Commerce CEO, even with the challenge of the current economy business is expanding.  “The seasonality of the community has becomes less, and with more full time residents our businesses are year round.”  The city has three major hotels, 23 golf courses, a mix of big box and mom and pop boutique shops.  “There is a diversity in the community and it is a desirable place to be,” said Archer.

The Chamber became an organization in 1950.  It has 450 members and reaches the community with a monthly publication called The Gem Newspaper.  The mailing list is 23,000 and averages 36 pages.

Every year in January, La Quinta is the host city for the Humana Challenge.  The charity holds its events on three golf courses within the city.  The proceeds benefit the CV.  Other upcoming events are this month’s Hot Rod and Custom Car Show at the La Quinta Community Park, and in February the Taste of La Quinta in Old Town where 20 plus restaurants will participate and there will be 50 plus wine choices.

Easy living, community and culture organically come together with The La Quinta Arts Festival.  Ranked number one Fine Arts Festival in the nation by Art Fair SourceBook, which is the definitive guide to art and craft fairs in the United States, the event is held on the 13-acre civic center campus.

This March will be its 31st year.   The La Quinta Arts Foundation is a charitable non-profit. “Art. Culture. Life.” is their slogan.  Their mission is “Promoting and Cultivating the Arts.”   According to their website, they accomplish this by producing nationally acclaimed visual and performing art events, forming meaningful partnerships within the community, and providing cultural, education and personal growth outreach programs to all citizens of the Coachella Valley — and beyond.  They have given away over $1 million in college scholarships.  The Foundation holds several events throughout the year.  This Saturday, January 19th, Art Under The Umbrellas will be held in Old Town.  It is a free event with 80 artists and live music.

La Quinta is a city that is adapting and changing with the times.   It has worked hard the last thirty years and looks forward to the next 30.   The changes reflect a community that has matured from a boomtown and is here to stay, savoring and nurturing it’s casual elegance and easy living culture. 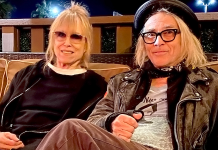