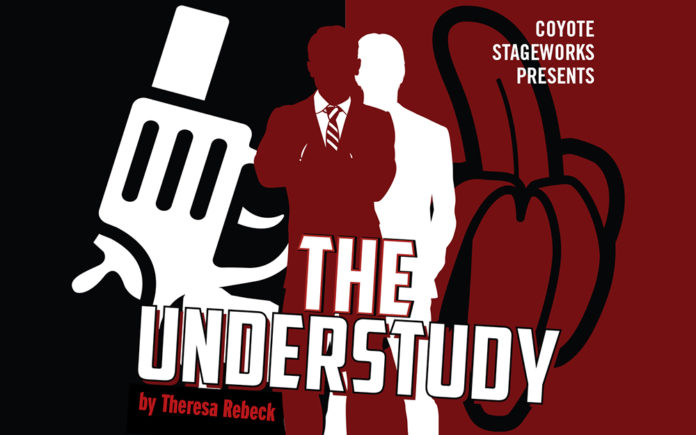 Coyote StageWorks, the Coachella Valley-based award-winning Actors’ Equity professional theater company, will open its Tenth Anniversary season with a production of “The Understudy” by Theresa Rebeck, who created the hit television series “SMASH.” The show, a hilarious comedy about life in the theater, will star Alex Best, Robin McAlpine, and David Youse and run for nine performances from November 2 – 11, 2018. It will be presented at the Palm Springs Art Museum’s Annenberg Theater and tickets are $45 – $55 for matinees and $50 – $60 for evening performances. A Q&A session with cast members will follow the Thursday matinee. To purchase individual tickets or subscriptions, call 760-325-4490 or visit annenbergtheater.org. For group sales, call 760-318-0024.

“We are delighted to start our Tenth Anniversary Season with such a smart and hilarious production starring three stupendous actors,” said Chuck Yates, Founding Artistic Director of Coyote StageWorks. “We love the story of ‘The Understudy’ by Pulitzer finalist Rebeck, because it so comically and lovingly explores the existential dilemma of a life on the stage. It is a fast-paced and dazzling look at movie stars and lowly theater people trying to make sense of a senseless play, the fickle nature of Broadway, and egos running wild.”

Directed by Chuck Yates, “The Understudy” is a hilarious exploration of the existential vagaries of show business and life. Charged with running the understudy rehearsal for a Franz Kafka undiscovered masterpiece making its Broadway premiere, Roxanne finds her professional and personal lives colliding when Harry, a struggling New York actor and her ex-fiancé, is cast as the understudy to Jake, and up and coming action movie star yearning for legitimacy. As Harry and Jake wrestle to find common ground, Roxanne is challenged with a stoned light board operator, a malfunctioning intercom system, a missing prop gun, the producers threatening to close the show, and her own careening feelings about the importance and futility of it all. “The Understudy” is a dazzling and rollicking look at people trying to do what they love in the face of continually mounting obstacles, until all anyone can do is dance.

The New Yorker described the play as “…a clever indictment of contemporary theatre while making the characters’ personal circumstances ever more Kafkaesque: They are no more in control of the forces of celebrity, art, money, and Broadway than they are of their own fates.”

Alex Best (Jake) is an actor known his roles on “Bones” and “The Anchor and Armenia, My Love,” as well as the recent short film, “Marabou.” Robin McAlpine (Roxanne) was featured in the films “Scent of a Woman” and “The Pickle” and was featured in “One Life to Live,” “Law & Order,” and “Interlude.” David Youse (Harry) was featured in “Chicago Hope,” “Southland,” “Criminal Minds,” and “Days of Our Lives.”

The 2018-2019 Coyote StageWorks season will continue with productions of the musical “Honky Tonk Laundry” running February 1-10, 2019 and “Greater Tuna” running from March 22-31, 2019.  This popular play about a small Texas town is the first production Coyote StageWorks mounted ten years ago. All productions will take place at the Annenberg Theater. 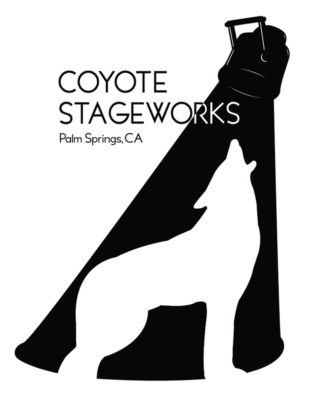 Coyote StageWorks is a nonprofit, 501(c)3 company dedicated to advancing theatre as a vital art form in the desert communities of the Coachella Valley. During the past decade, the production company has earned 73 Desert Star Awards, two “Best Live Theater” wins in Desert Magazine, accumulated countless rave reviews, and three Coyote StageWorks productions transferred to theaters outside of the Palm Springs community. The mission of Coyote StageWorks is to provide a forum for thought-provoking, entertaining, and culturally significant works in an environment that nurtures the creativity of the individual and the enrichment of the community. These shows are not Palm Springs Art Museum or Annenberg Theater presentations.  For more information about Coyote StageWorks, please visit coyotestageworks.org.