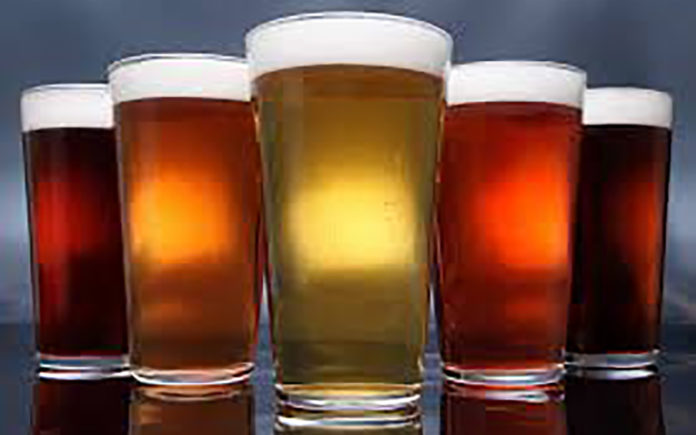 My friend asked me to write a beer glossary because as she was shopping for suds to buy for her husband, she was way confused by the many buzz-words and subcategories that craft beer uses to market itself. Have you ever wondered what a double dry-hopped, West Coast Imperial IPA is? Ever wracked your mind as to which Kentucky Breakfast Stout is best for breakfast? Have you pondered the existence of a farmhouse style ale, and asked yourself if it’s country enough for you? Of course you haven’t, The Bachelor is on!!  Who can even worry about what saison is right for them when Arie is breaking up with Becca and running to Lauren? I can barely write this article when we’ve got those kinds of real life problems to worry about.

Well one day the season will be over, and once we resume our normal lives, we’re all going to need this glossary of all craft beer terminology. Cut, paste, and take with you next time you hit the beer isle!

Ale: Ales are usually much more flavorful than their lager counterparts. There are acids and proteins in freshly fermented alcohol that bread down and become less noticeable after time. Those compounds are usually still present enough in ales to leave signature flavors. Compared to the clean, crisp flavors of lager beer, ales seem to have more going on palate-wise.

Altbier: German for “old beer”, Altbier is an ale that’s been aged at low temperatures the same way lagers are. Called “conditioning”, this time allows the acids, compounds and proteins that give ales their signature flavors a chance to mellow and give the beer a much cleaner profile than regular ales. The flavor of an altbier is on the malty side, and is a great beer to pair with roasted chicken and pork as the caramel flavors complement each other.

Barrel Aged: We’ve learned that aging beer at low temperatures is called lagering, but conditioning beer at cellar temps in wooden casks is called barrel aging. Barrel aging gives complex wood flavors to everything from wine to whiskey, and those same flavors marry perfectly to the right kinds of beers. Barrel aging is also used to create sour beers, as bacteria built-up in old barrels will infect fresh beer that’s been put in it, and give them the funky, bright, acidic flavors that sour beer is known for.

Blonde: A style of ale that is easy drinking and balanced, unaggressive and approachable. Beer drinkers used to American lager usually find this to be a craft ale that is very easy to drink.

Bourbon Barrel: imperial stouts are the style of beer most associated with bourbon barrel aging. It adds oaky, caramel flavors to the stout through aging in barrels previously used to age bourbon.

Cream Ale: I asked three non-beer drinkers what a cream ale was and they all replied “…a creaaaamy ale?”. Cream Ale is a craft version of the American lager, designed to be as crisp and clean as possible. Similar to a blonde ale but even milder in character.

Dry Hopped: the process of adding hops to aging and conditioning beer to give hop flavor without bitterness. Predominantly found in pale ales and IPA’s, any beer can be dry hopped to enhance and pronounce hop flavor. Sour ales, saisons, and even Belgian ales are styles that are dry hopped.

Farmhouse Ale: This is a broadly defined style that can vary greatly from recipe to recipe, but it pretty much implies that the beer you’re drinking is lower in alcohol and is sourced in the farm-to-table style. Although that was the original definition of a farmhouse ale, it’s open to interpretation by the brewer. Saisons and Biere de Garde are the original old-world styles of this beer, and American versions are influenced by it at the very least.

Flanders Red: also known as Flemish browns, this is another old-world style ale, and the predecessor to modern barrel soured beers. The flavor profile is acidic, bright, and tart, with some nice malty flavors. These beers have very low IBU’s and are very low in bitterness.