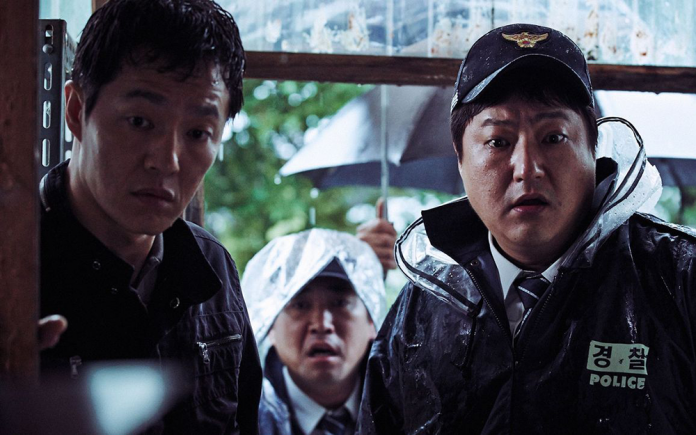 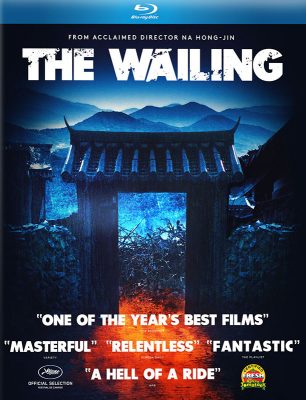 Na Hong-Jin merges elements of zombies, black magic, ghosts, and possession stories, but somehow manages to synthesizes these traditional horror tropes in unexpected ways, creating a surprisingly moving experience that is at the same time hideously exquisite, heart-breaking and horrifying.

This disturbing film is the ultimate supernatural whodunnit, 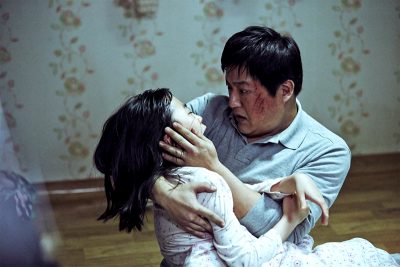 Suffice it to say, the unique and intricate plot will keep you hooked to the end, When was the last time your were astonished, unnerved and entertained in equal measure?

It’s hard to say if this film is an action film – it certainly has superb visceral energy — or a religiously tinged psychological thriller. Technically, it’s both

Artfully crafted with an interesting use of color and texture that draws the eye into not only the heart of the frame but the unsettling story as well.

Na Hong’s crazy, very Korean and very long (156 minutes) film of murder, diabolism and exorcism is best enjoyed without any prior knowledge of what’s in store.  That said, the plot centers on the mysterious visit by a Japanese stranger in a quiet country village.  The suspicion of the villagers quickly escalates into full-blown hysteria when the townspeople begin killing each other for in bloody, brutal outbursts.

When the investigating officer, a doofus when we meet him, realizes his daughter is falling under the violent spell he consults a shaman for answers and makes things far worse.  The ending is not something your will quickly forget.  If ever.

This lush looking, amazing film was six years in the making and smashed box office records in South Korea on its debut.  Na Jong Jin’s groundbreaking film is a follow-up to his global hits “The Yellow Sea” and “The Chaser.”

If Asian horror is something you like, this is the one to add to your home library.

What are you watching these days? I wan5 to hear from you.  Share your faves – the more obscure the better – with your fellow CVW movie buffs.