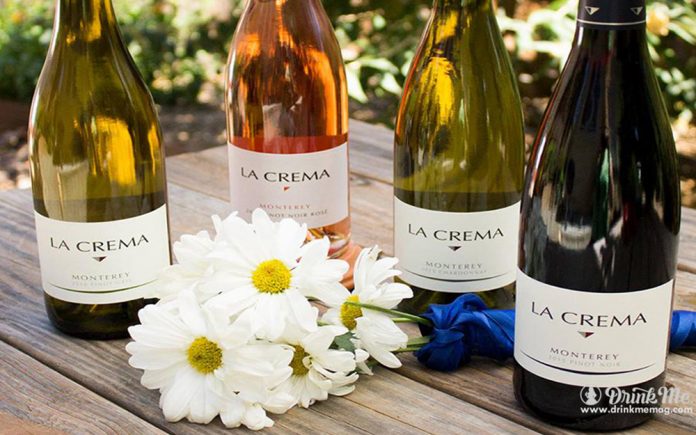 If there is one California wine brand that speaks volumes just in the name alone, it is certainly La Crema.

So often in my wine department, where we have over 1000 labels, as soon as many customers spy a La Crema bottle of wine, they’ll exclaim the name like they’ve found some treasure ,and then grab their share of wine and go on their way. La Crema produces a lot of varietals and most people have their favorites.

When La Crema was founded in 1979 as La Crema Viñera, meaning the Best of the Vine, the name was intended as an unabashed boast: These vineyards produced the very best grapes in the region. Today, the name has been shortened to mean, simply, the best, and La Crema’s wines represent the best grapes from preeminent cool-climate regions in California and Oregon.

The year 2019 marked La Crema’s 40th anniversary—fittingly its “ruby” year of eliciting the very best of the vine. This success is as much about the winery’s vision and commitment to quality wine making, which is rooted in the vineyards and soil.

La Crema wines—inspired by Burgundian-style Chardonnay and Pinot Noir—are made in small lots that nurture distinct flavors and balance. The end result is elegant wines that are unswerving in quality over time.

La Crema began at a time during which few wineries in California were making Pinot Noir, and even fewer were doing so with a single-vineyard focus. A group of wine lovers ran the show back then using old-world techniques such as whole-cluster pressing and open-top fermentation. This was a great foundation for winemaking, but with stellar fruit from exceptional vineyard sites, there was always the opportunity for more.

That evolution took shape in the early 1990s when Jess Jackson and Barbara Banke imbued the winery with the artisan ethos it retains today. Their vision for the future was simple: That Pinot Noir should be as popular as Cabernet Sauvignon and Merlot, and La Crema could be the vehicle to do just that. They also loved that the winery was a pioneer of single-vineyard designate wines, and saw this as an important distinction.

Jackson and Banke purchased La Crema in 1993 and produced the first vintage in 1994. Two years later a new winery was constructed in the fog-shrouded, redwood-lined Russian River Valley appellation. Jackson’s daughters, Laura Jackson Giron and Jenny Jackson Hartford, along with his sons-in-law, Rick Giron and Don Hartford, took on leadership roles at La Crema: managing the day-to-day operations and representing the winery out in the market. With a renewed vision, resources, and leadership, a new era had begun.

For those of us who attended the Palm Springs Pinot Festival held at the Ritz-Carlton last month and sat in on a couple of winemaker seminars, we got to listen to a panel of five winemakers from the Russian River Valley in Sonoma California.  Included therein was Jennifer Walsh, winemaker for La Crema.  Since I was putting together this piece, it was the perfect timing to chat and hear from her on La Crema’s wine making process.

After working as a filmmaker, Jen came to wine making a little later in life and eventually came west to receive her Master’s degree in Viticulture and Enology from University of California, Davis.  Before joining the La Crema team in 2017, Jen was the Associate Winemaker at Benovia Winery in the Russian River Valley, and prior to that, she worked for several other wineries throughout Napa and Sonoma. Her passion has always led her to wineries that focus on expressive, cool-climate Pinot Noir and Chardonnay.

Jen’s favorite aspect of her job is harvest, when winemakers have a chance to leave their personal artistic expression on the wine. In the summer, she spends spend most of her time outside, walking the vineyards to make sure they are healthy and to see how the grapes are maturing. Once harvest begins, much of her time is spent deciding when to bring grapes into the winery and what to do with them once they arrive. Most weeks during harvest, She’ll be up at 5am and in bed around 11pm. Tasting is also a big part of her job, tasting tanks of fermenting grapes, tasting barrels to see how the wine is developing, and then tasting wines to decide how to blend them before bottling — it’s very much a “hands-on” job.

Most folks are quite familiar with the La Crema Sonoma Coast and Monterey bottlings of Chardonnay and Pinot Noir. What many forget are many high-end bottlings La Crema produces from specific regions and single-vineyards.  There are over 40 different world-class and premium bottlings from Russian River Valley, Willamette Valley, Anderson Valley, Los Carneros, and Arroyo Seco.

But of course, the question of the day, always, is:  What’s the difference between the Sonoma Coast and the Monterey Chardonnay?  People often forget the Chard they are used to buying.

Easy to remember: Sonoma Coast can get warmer weather, therefore the wine will have softer fruit notes; Monterey has harsher terroir and gets a lot of cold wind, thus will show more sharper fruit flavors.

Monterey Chardonnay from unique appellations, an ‘old school’ area for good Chardonnay. On the nose, look for tangerine, grilled pineapple and vanilla. On the palate, peach, papaya and crisp tangerine notes are complemented by a touch of spice and buttery oak. Balanced acidity lingers on the finish.  Cheers!

ALERT!: The 3rd annual Rancho Mirage Wine and Food Festival is coming up on February 28th and 29th.  Tickets are always limited to this event, so you’ll wish to act quickly! ranchomiragewineandfoodfestival.com