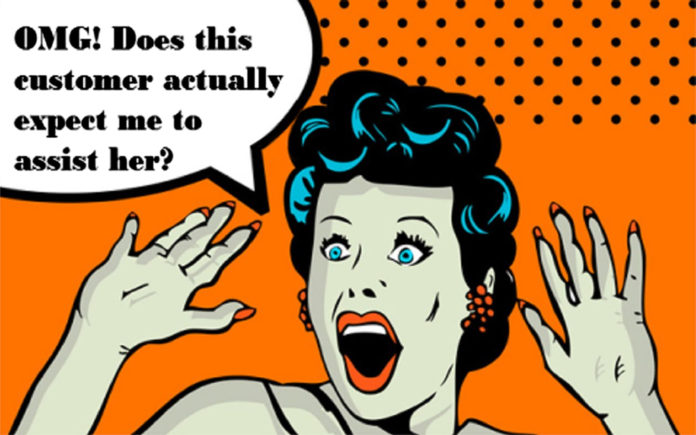 Jeff Bezos, the founder of Amazon once said, “It’s our job every day to make every important aspect of the customer experience a little bit better.”  It should come as no surprise then that Amazon gets some of the highest customer satisfaction scores of any business according to the American Customer Service Index.

The Customer Satisfaction Index uses a scale of 0 to 100 where anything over 80 reflects a good customer experience and anything under 80 reflects customer dissatisfaction.  Companies with low scores typically have to discount their products to drive consumer traffic while higher scoring companies can demand higher prices and profits.

As an example, Apple is thought to have the greatest customer satisfaction and loyalty amongst computer makers.  This is evidenced by their score of 84.  For comparison, Acer and Toshiba have the lowest rankings at 75.

Additionally, people are most satisfied with is the iPhone 7+ at 85 followed by the Galaxy S8/S8+ and iPhone 8/8+.  People with older iPhones and Galaxies are the least satisfied.  Surprisingly, the iPhone X is amongst the lowest rated of the new generation of Smartphones with a score of 80.

As it is travel season for many of us, let’s look at an industry that most of us gripe about – air travel.

Let’s be honest – air travel today is a mix of first class and third world.  Legroom is so tight on many airlines that people with circulation issues put their lives at risk when traveling coach.  When it comes to air travel, Southwest scores the highest with a ranking at 80 followed by Alaska and JetBlue at 79.  The least satisfied customers use Frontier and Spirit Air as their 62 scores demonstrate.

Hotels are another business type that suffers from poor customer satisfaction scores.  Hilton and Marriott have a number of upscale brands with good customer satisfaction scores like AC Hotels, Hilton Garden, Embassy Suites, Hampton and the respective signature brands.   Candlewood Suites is the top-ranked midscale hotel at 79 while Econo Lodge leads the economy hotels with a 73.  The lowest rated economy hotels were Motel 6 and Days Inn with 65s while Quality Inn was the lowest of the midscale hotels. Wyndham Hotels was the lowest rated of the upscale hotels.

Most Americans love their cars.  It should come as no surprise that this is a business where customer service is taken very seriously.  No less than twenty manufacturers secured ratings of at least 80.  The best of a good bunch were Lexus by Toyota at 86, Toyota at 85 and Subaru at 85.

The automaker winning the Rusty Wrench for unhappy customers goes to Fiat Chrysler for their Fiat and Dodge automotive lines with 75s.  The only other sub-80 scores went to Mitsubishi, Ford, Volkswagen and Chrysler.

In no surprise, Wells Fargo has the highest customer dissatisfaction followed by Bank of America and Chase.  Customers with the highest satisfaction levels (85) do not bank with any of the nation’s largest banks but their local community banks.

Finally, most of us hate our internet service providers.  Of a rotten bunch, Verizons’ Fios received the highest score at 70.  Here in the Coachella Valley, most of us only have access to flunkies Spectrum (60) and Frontier (54) – two of the lowest scoring companies of any business type.