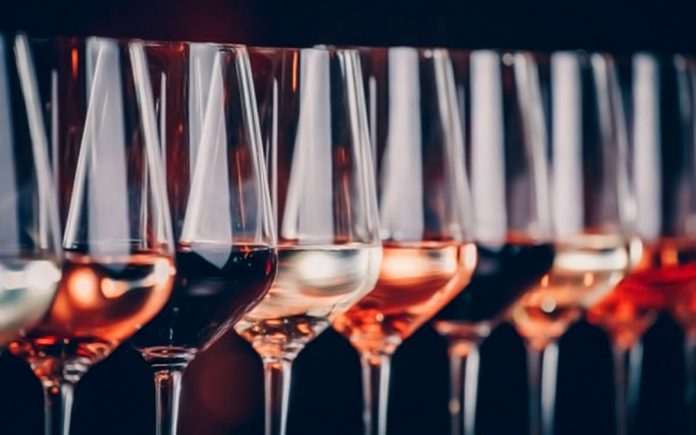 Happy New Year! And how about that! Who knew that Coachella Valley’s preeminent popular publication had its pulse on the wines of the world!

You know—once a year or so, I love pointing out the fact that our valley is over-populated with wine savvy quaffers. And since this is our first article for 2021, why not jump on the point first off: Our little valley nestled here in the low desert, purchases more wine and spirits, per capita, than any other valley in the United States.

Many of you know that I am the wine steward over at the Ralphs Market in Palm Springs, so the Ralph’s matrix, I’m aware of. And as grocery shoppers here, you folks as well know this valleys market scene. But are you aware of this: Just between the liquor sales of the three top Ralphs stores in the Coachella Valley—Indio, Palm Desert, and Palm Springs, we have more beverage sales than many states in the union!

And as to the sales of the Albertsons, Vons, and Stater Bros—well you can probably tell me what’s up, if you shop at those places.

So, without further ado, join with me—as your friendly somm-about-town and Vino Voice host, as we touch on some of the most interesting and exciting wines available right now to start off the new year.

The Cab for all Seasons: Selling through gobs & gobs of wine during the pandemic year, the number one selling varietal was not your grandma’s Chardonnay, nor your neighbors Pinot Noir, nor your sister’s Sauvignon Blanc but the valley’s favorite—the very comforting Cabernet Sauvignon. This is Cab country, and a bunch of rich retired wine folk aren’t too far off on this choice. If you were to contain all the Cab sold to all the country club duffers & quaffers who shop at the Ralph’s Indio store in the past ten years, you could fill the Salton Sea—“hmmm, rather pronounced saline notes, don’t you think?”

Last year, we voted for the 2016 Robert Mondavi Reserve To Kalon Vineyard as our “Cab of the Year”. Unfortunately, the seriousness of circumstances took a lot of vino priorities down. Fortunately, we can do a re-set right now and vote for the 2017 Robert Mondavi Reserve To Kalon Vineyard ($174.99) This wine is absolutely delicious so everyone is in luck to taste anew. At this price, of course, most of us aren’t picking-up cases of this stuff, but we will take that next step to treat ourselves, after one heavy year, to one of the great California Cabs on the market.

It’s as young as a Cal Cab can be —but who can wait! Open one now and one later. It’s firm, ripe, muscular—still tight, but deep, structured, intense & concentrated, showing a mix of ripe currant, cassis, plum, black cherry, blackberry that is pure, clean & complex. Find layers and touches of anise, cedar, black licorice with our favorite full tannins to assist us in taking down any steak in our fridge. Cheers! and Bon Appétit!

Now on to France: Back in 2005 Clos Des Pape was Wine Spectators’ Wine of the Year. It’s always been an old school Chateauneuf-du-Pape that offered the understated luxury of Grenache, Syrah, Cinsault, and Mourvèdre. Most valley residents love this Southern Rhône Blend and if they have any French in their diction, they’re quite proud on how they pronounce the name: [shat-toh-NUFF-doo-PAHP].

I found a $900, 3-liter bottle of the stuff back-when and it’s been housed and soundly aging at the Palm Desert Wine Vault. Sentimentally speaking, it may well be the last wine I share with the family.

Next, you’re probably thinking I am moving on to Italy—and I don’t wish to disappoint so early in the wine game, so let’s do it. Two wonderful and delicious wines from the beloved piemonte region in northwest Italy are the Vietti Barolo Brunate 2016 ($175) and the Vietti Barbera D’Asti Tre Vigne 2017 ($18).

I met Luca Vietti about 12 years ago at a winemaker’s dinner over at the Napa Rose Restaurant held at the Disneyland Hotel. Remember those days! He was young and exuberant, and full of passion. He was so lively, he even signed a bottle of Barolo and then handed it to me to enjoy later—at least I think that was his intent.

Anyway, the good news is that he’s since sold the Italian estate but has remained on as the winemaker. That’s how you do it! All the artistry without the headaches! And these two wines indeed show his continued talents. The big Barolo is classic Nebbiolo notes of strawberry, cherry, chocolate, leather, licorice, plums, roses, smoke, tar, tobacco, violets and white truffles. And a funny thing—this is one of the energizing and fresh Barolo on the market! He’s learned to bottle his enthusiasm—allora!

If you’re Barbera D’Asti fan, at eighteen bucks, this is the ticket!

Okay—all right. Let’s do discuss your grandmother’s Chardonnay. Now if your gramma had very deep apron pockets, then surely she was dipping into the Kistler Chardonnay back in the day. Mature Chardonnay lovers have always considered the wine to be part of the Gold Standard.