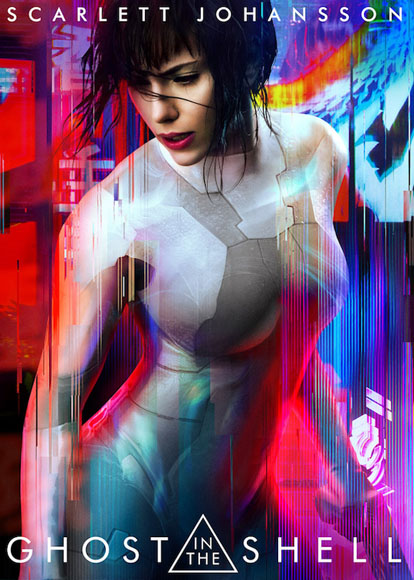 GHOST IN THE SHELL

Mamoru’s 1995 same-name Japanimation masterpiece is a certified cult favorite.  When the live action reboot was announced, there was considerable controversy when Scarlett  Johansson was named for the lead role of Major.  There were some who felt a white woman should not be playing an iconic Japanese character even if the source material is a Manga or animé or sci-fi fantasy.

This controversy is, in my opinion, absurd and unfair to Johansson and the movie itself.  After all, anyone should be able to play any part long as they are capable of inhabiting that character on stage or screen in a convincing manner.  It’s about acting NOT ethnicity.

Johansson is perfect in the role, as is Michael Pitt as the cyber hacker Kuze.

A slew of terrific Japanese supporting actors are aboard as well, including actor-director Takeshi Kitano, who plays the head of the anti-terrorism unit Major and her cyborg partner (Danish actor Pilou Asbaek) work with.

Director Rupert Sanders keeps the action hard and fast and the cool visuals dazzling.  What’s missing is the compelling intellectual fodder that is embedded in the classic and relevant source material.

The world of “Ghost in the Shell” is set somewhere on the fringes of the same universe that gave rise to “Blade Runner” and “The Matrix.” 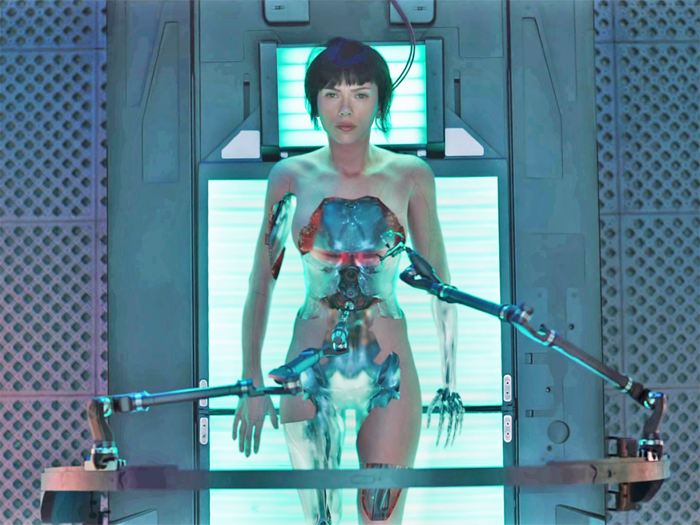 In the near future, Major is the first of her kind: A human saved from a terrible crash, who is cyber-enhanced to be a perfect soldier – a la “Robocop” solely devoted to bringing down the world’s most dangerous criminals.  Terrorism has reached a new level that includes hacking into people’s minds and controlling them.  Only Major, Major is uniquely qualified to stopping this cyber plague.  But just as she prepares to face a new enemy, she discovers that she has been lied to: her life was not saved — it was stolen.    Driven to recover and understand her past, she is driven stops at to discover who did this to her and stop them before they do it to others.

The movie, based on the internationally acclaimed Japanese Manga, “The Ghost in the Shell” also recreates some of the 1995 anime’s main scenes and set-pieces almost shot-for-shot, but, for unknown reasons, screenwriters Jamie Moss and Ehren Kruger chose to discard the stuff that made the original a classic.

Johansson is stunning as a woman who’s irreparably injured in a horrendous accident but is put back together with groundbreaking cyber enhancement.  She’s a formidable new age soldier (the shell) with the soul of the former human being (the ghost).  Johansson brings a convincing emotional core to this character whose body has essentially been hijacked.

What is especially significant about this dazzling film is this: the break-through technology that made possible the impressive computer animation on display not only utilizes some of the same cyber advances that are of special concerns in our real world but also infuses the meta themes of the movie.  After watching this film and listening to the day’s news, it is impossible not to wonder what the future of humanity will be in an increasingly computerized and wired world. 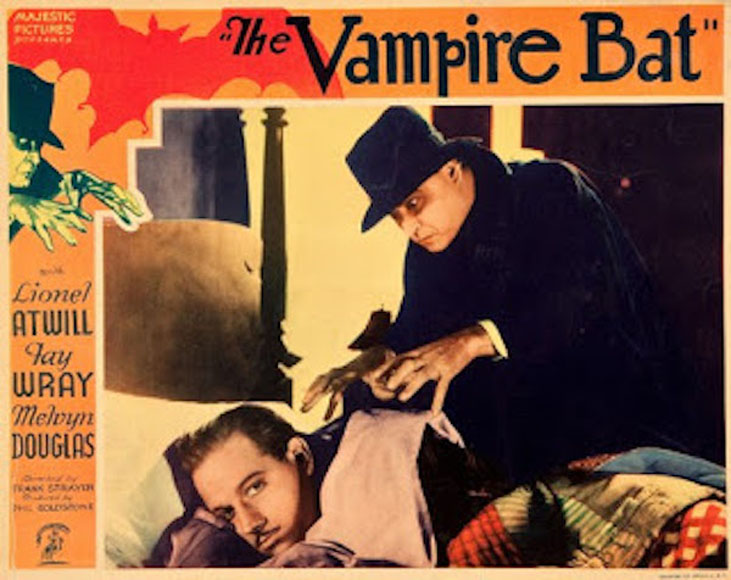 I’m a big fane of vintage movies – especially horror.  So what’s not to love about huge bloodsucking winged creatures that apparently take human shape after centuries of dormancy in the middle-European municipality of Kleinschloss.  This atmospheric thriller from small-scale B-movie factory Majestic Pictures is set in motion when the burgomaster (Lionel Belmore) demands answers to the strange and bloody terror that has left victims scattered everywhere, all bearing the distinctive puncture marks.  Police detective Karl Brettschneider (Melvyn Douglas) finds himself completely stymied. He refuses to accept what he considers mere superstition, and is not pleased when eminent physician Dr. Otto Von Niemann (Lionel Atwill) hints that there may indeed be such things as murderous humanoid bats!  Naturally, this terrifies his girl friend Ruth Bertin (Fay Wray) who happens to be Nieman’s lab assistant.

Meanwhile, Herman Gleib (Dwight Frye), the village idiot, just happens to have a fondness for the nocturnal creatures — “They’re so soft!” he murmurs.  It’s not long before ass hysteria erupts and the villagers, as they are wont to do, grab their torches and commence a manhunt that ends with poor Herman destroyed.  And then — there’s another killing!  This time the victim is Georgiana (Stella Adams), Dr. Von Niemann’s housekeeper, who failed to serve the physician his late-night coffee – with dire consequences. 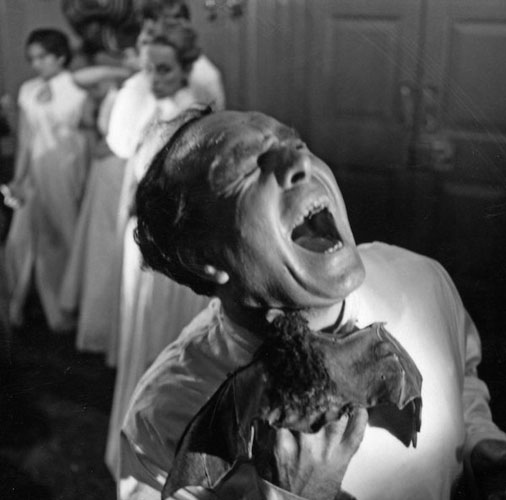 This horror gem is a very clean hi-def transfer. I liked the spots of hand-tinted color that are especially striking when the town’s angry and terrified citizens go on a hunt for whom they suspect is the human vampire bat with the flaming torches held like blazing flags in the dark of night.

A nice extra is a Melvyn Douglas featurette with his son Gregory Hesselberg.  Film historian Sam Sherman’s fun, fact-filled commentary is actually worth listening to.  The Film Detective.  Blu-ray.