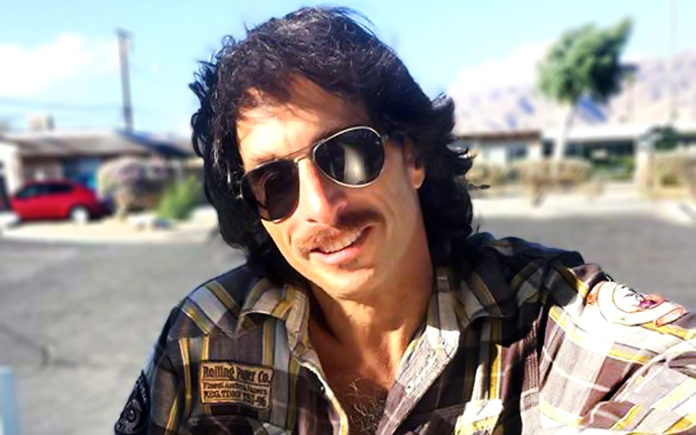 I have been friends with DAVID ROSS since 2006. Since then he has developed into a resourceful and all-purpose music man. He is one of the hardest working people in any profession. I lassoed David to answer a few questions in between his multiple endeavors.

ROSS: “As a result of the success of the anniversary concerts many have asked me to produce a series. I’m starting with HENDRIX’S GYPSIES featuring drummer ALVIN TAYLOR on Friday, April 6th at WILLE BOYS in Morongo Valley. JP CERVONI on guitar reflects JIMI HENDRIX magnificently. PRINCETON ARNOLD on bass and lead vocals. Princeton’s voice is beautiful and sounds just like Jimi. Alvin has played drums for so many great legendary bands and musicians that there is no room in this article to list; GEORGE HARRISON, ERIC BURDON, ELTON JOHN, etc. Alvin just received his star on the PALM SPRINGS WALK OF STARS with a record crowd and many prominent attendees.

“The second show in the series is the RONI LEE GROUP on May 5th.  Roni was the lead vocalist/guitarist for VENUS AND THE RAZORBLADES. Legendary producer Kim Fowley, who created the well-known female rock band, THE RUNAWAYS, also developed Venus and the Razorblades. The well-known song “I Wanna Be Where the Boys Are” was written by Roni and was recorded and performed by both bands. This show also features BAD COMPANY former bassist and violinist LYNN SORENSEN. The incredible JULES WHELPTON, aka “THAT BLONDE BASSIST,” will also be playing bass and violin. Coming soon is DEANNA BOGART and more!”

CVW: You are now involved with WILLIE BOYS. Where do you see your partnership going? 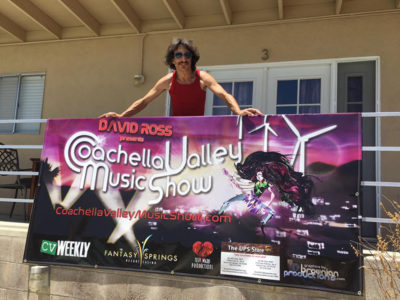 ROSS: “My official position is Entertainment and Promotions Manager. They have new ownership/management in RON WILCOX. We are working together to create the concert venue aspect. It has an expanded stage with improved sound and lighting. Its capacity is around 500 people. It was originally built by Al Capone and was a casino back in the 1920’s. It’s been around longer than any other venue in the desert. It’s 15 miles from downtown Palm Springs and takes 15 minutes to get there. It’s only four miles up the 62 freeway. Some great bands and musicians are now booked for shows such as the wonderfully talented CALISTA CARRADINE on April 20th. Our new ‘GO BOLD OR GO HOME JAM’ is going very well on Wednesday nights. Anyone can bring their instrument and jam with CRIS ALDRICH on drums, MARK ENGEL on guitar and GENE BEAVERS on bass. I’m your host of course.”

CVW: You and Alvin Taylor are friends. Tell us about your brotherhood.

ROSS: “Alvin inspires me by the way he never gives up on anything! He never is afraid to challenge himself and to learn something new. He asks other drummers for lessons! I mean really?? Amazing! What do others not know about Alvin? Alvin’s only bit of insecurity is (you won’t believe it) his drum playing! He is a perfectionist and comes down on himself sometimes. He smiles and knows people love his playing, but always strives to do better. Alvin is my very very close friend and he and I have done concerts together and he has been my choice in the studio for my productions. He is one of the best drummers of our time. You just never know what Alvin Taylor and David Ross will do next!

What does Alvin know about me that I wouldn’t tell? Well, that I can be a ‘pain in the ass’ and very stubborn! lol! However, when you have two very close friends that work together you are going to get to each other. Both Alvin and I advise each other and have helped each other in both our personal lives and professional lives. The key to our long friendship is Mutual Respect. Our friendship is always going to be there until we leave this earth! He calls me repeatedly ‘The Bill Graham of the Desert’. That is a very high compliment! Bill Graham was San Francisco’s Legendary Promoter. Oy!”

CVW: You’ve been heavily involved in the desert music scene for a long time. What do you get out of it? 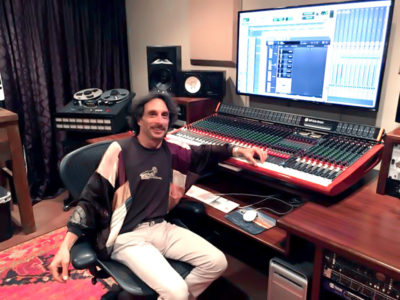 ROSS: “Since 1985 I have made it my lifelong project to help local artists. I have used my famous colleagues I managed and produced, like JUNIOR WALKER and IKE TURNER, to help. The celebrity artist pulls the fans to see the local artist that I present beside them. My CV Music Show was created to do just that. I’ve had JEFFERSON STARSHIP, WAR, TERRY REID and other famous artists on the show and right next to them I seat our local artists. I do it because my #1 passion in life is music. Local artists are not appreciated and work so hard. I want them to be heard and seen.”

CVW: In a short answer, tell us how you got to this point in your life.

ROSS: “My step-son Russell Waelder said, ‘What I love most about my dad is every time he gets knocked down he always dusts himself off and ends up better than where he was before.’ I am proud of my son Russell. People always say, ‘You are so optimistic,’ to me that is how to enjoy life.”

CVW: What’s next for David Ross?

ROSS: “I would just like a Grammy for production! What I want most is to see musicians get what they deserve and recognition for hard work. I want to be responsible for that. Known for helping musicians is my goal. Music is my life. Since GRACE SLICK gave me my first 45 rpm record at six years old, it has been about the music.

“I could not do what I do in this desert without my close and dear friends PHIL LACOMBE and TRACY DIETLIN. They have been my friends long before CV WEEKLY. They are my sponsors on everything I do. Also, my very close friend PAUL MACKEY who supports everything I do. He and FANTASY SPRINGS RESORT AND CASINO are always there. Also, my good friend and colleague producer RONNIE KING for helping me keep local musicians seen. THE COACHELLA VALLEY ROCKS!”