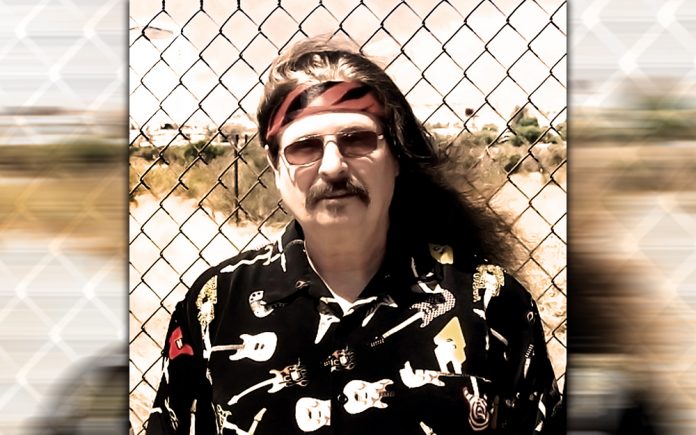 John “Bone” Davis is a desert music icon and his band Chalice has been rocking the desert since 1996. Davis was diagnosed with a brain tumor and has received numerous treatments including several surgeries. In addition to the need for extensive medical care, he has had to endure blindness. His wife Barbara needs help with paying medical bills and cost of living expenses. Along with David Ross, many of his friends are coming to his aid by doing what they do best, perform their music. On February 29, 2020 at The Hood Bar and Pizza, a legion of Davis’ friends will unite to show their love and support by raising money to help him continue treatment and with his recovery. A suggested donation of $10 is requested at the door, but the line-up is so much more valuable, so please consider to give what your heart proposes. Here’s the line-up:

The event is sponsored by Coachella Valley Weekly and The Hood Bar and Pizza.

Coachella Valley Weekly spoke with some of the event organizers and musicians.

CVW: David, aside from being a great musician, what do we need to know about John “Bone” Davis? 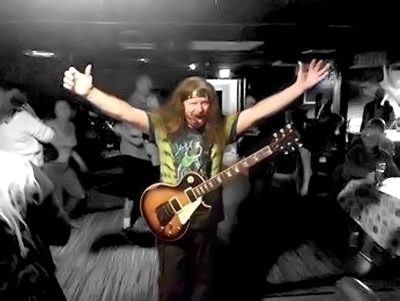 Ross: “John is my dear friend and I’m doing this concert from the heart.

John’s band Chalice was very popular in the desert. It started in 1996. People would come to the enormous parties in Cabazon from everywhere. They also packed clubs like the Handlebar. John is an incredible guitar player and sang his ass off. He became my very close friend as I was promoting him and Chalice. He was there for me whenever I called. It’s my turn to be there for him and his wife.”

CVW: What can you share about his medical status?

Ross: “His condition is very bad. He had a brain tumor and has had five surgeries. He is currently in hospice. His loving wife Barbara is at his side. We are doing this concert to help his wife with the medical bills. He is also now blind as well. With the help of my amazing friends Mona McKinney, Tina Mincer and Riki Hendrix, we have pulled off some amazing talents to perform. I also want to thank Phil Lacombe and Tracy Dietlin as always for sponsoring! Nigel Dettelbach and Brad Guth at The Hood for having my shows! You all rock!”

CVW: Tell us about some of the artists scheduled to perform?

Ross: “The well known rockin’ band Stonebreed opens the night at 7PM. Then the Keli Raven Band at 8PM. At 9PM The Riki Hendrix Experience featuring special guest musicians takes the stage. Then Calista Carradine and Krystofer Do perform at 11PM. At midnight the new band I manage makes it live debut, GreekWood! Finally, an all-star jam with Sean Myers of Chalice. It’s everyone coming together for a mutual friend.”

“Yes, this is my poem called, No One Rocks Like Brother John Bone”:

So many years have passed us by, you invited me to play, down in Riverside. With your awesome band you played that guitar, from that day on you are my rock star. We developed a friendship that will always last, with music and family, memories of the past. He was always willing to give a helping hand, and wherever he performed, he would rock this land. To Barbara his wife, and family and friends, this is where the journey begins, with love and support we all take a stand, do a benefit concert for this wonderful man. Someone had asked me what would i say; keep rocking John Bone, kick ass every day. We love you dear brother we want you to know, No One Rocks Like Brother John Bone.

God Bless and much love!

CVW: Tina, you have a special place in your heart for John. What can you share about John and what would you like to say to our readers?

“We have known John for almost 20 years and we can honestly say that we have never met anyone so full of the love for music as this man. It’s his life and soul. A truly humble man who is an inspiration to us all. A brother to all who have had the chance to become his friend. Please find it in your heart to help support this family going through this unimaginably difficult time.”

“In the rhythm of life, we sometimes find ourselves out of tune. But as long as there are friends to provide the melody, the music plays on.” Author unknown

CVW: Sean, as a fellow band member and friend, what can you share that already hasn’t been said of John?

“John has always been a stand-up guy. If he says he’s gonna do something, he does it. I’ve always admired the raw energy and stamina he packs into his performances on top of being a phenomenal musician and performer. He’s been a good friend whether you are up or down.”

If you are unable to attend, you can go to https://www.gofundme.com/f/john-bone-davis-fundraiser to donate to Davis’ and his family.