Deli on Miles is adding to the nightlife in Indio’s Old Town District with live music on Saturday evenings. On Saturday, February 06, 2016, Deli on Miles introduced Sergio Villegas who provided an enhanced atmosphere for guests dining on barbeque, ribs and other Deli on Miles specialties in the open air environment. The deli, a local favorite for breakfast and lunch, also serves dinner on Fridays and Saturdays from 5 p.m. to 8 p.m.

The artistic talent of Mr. Villegas, guitarist and vocalist, will be featured every Saturday from 5:30 p.m. to 8 p.m.

Born in Santiago, Chile, Villegas is known for his unique musical style – a fusion of Latin, Motown, Boleros, Flamenco, Disco and more.  He began his music career at just five years old studying and playing accordion at the Conservatory of Music where he graduated the ability to play several instruments including one of his favorites, the guitar.

The multi-instrumentalist has recorded with famous artists around the world and has played on more than 50 CDs. His music has also appeared in commercials, TV shows and movies. Most recently, he released a new CD, showcasing songs that highlight his talent.

“We are thrilled to introduce Sergio to our customers and the Old Town Indio community.  His music is entertaining and relaxing,” commented Deli on Miles, owner, Elaine Holmes.  A champion for Old Town Indio, Mrs. Holmes wants to make Old Town Indio an after-hours destination on weekends.  “We have a lot of activity going on in Old Town during the day.  Yet, it’s quiet at night.  There are several of us restauranteurs who want people to know that Old Town Indio can be a dining option for them in the evening,” she concluded.

Deli On Miles is open Monday through Saturday for breakfast and lunch from 9 a.m. to 3 p.m. and for dinner on Fridays and Saturdays from 3 p.m. to 8 p.m. 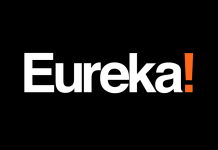 Eureka! Turns up the Heat this October with Two Limited-Time Items 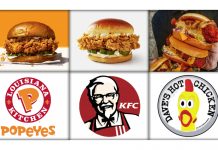