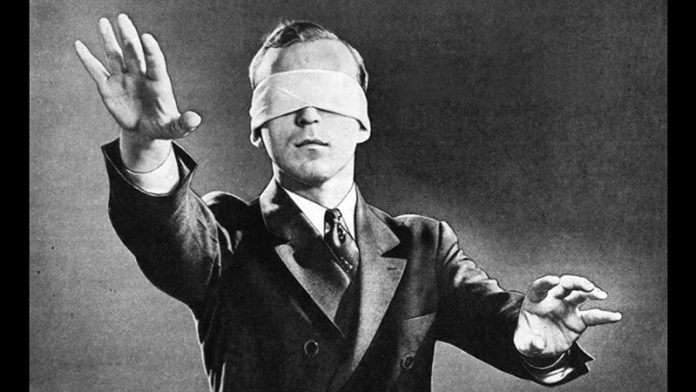 Denialism occurs when someone chooses not to believe scientifically provable facts.  Since the beginning of humankind, people around the world have believed in utter nonsense with varying degrees of calamity.

Until Christopher Columbus, many ‘scholars’ of the day believed the world was flat.  Today, Kyrie Irving of the Brooklyn Nets is one of the last members of The Flat Earth Society.  In truth, Irving recanted his 2017 statements in support of a flat earth a year later.  In admitting that he was wrong, Irving cited conspiracy websites online in convincing him of the fact-less silliness.

In 1856, South African prophetess Nongquawuse had a vision that her Xhosa tribe should kill off their livestock and destroy their crops to rid their land of British settlers who were taking over the region.  This tribe of more than 100,000 people followed the guidance of their prophetess and destroyed all of their food sources as a tribute to their Deity.  The Xhosa people would now be freed of the pale -faced invaders.  Unfortunately, 75% of the Xhosa people avoided the British by dying in the ensuing famine.

One hundred years later, Chairman Mao in China started a campaign to eliminate pests like mosquitos, rats, flies, and sparrows.  Eradicating mosquitos made sense as they created malaria.  Rats spread the plague while flies were everywhere.  Millions of sparrows were killed as this ‘pest’ ate the seeds planted and fruit grown by farmers.  The virtual elimination of sparrows led to an ecological catastrophe where the locust population swelled.  More than 20 million people died of starvation in the subsequent Great Chinese Famine.

Here in the United States, many fringe groups prophesized the year 2000 would be the End of Days.  Noted evangelist Jerry Falwell and other ministers began promoting the need to stock up on food and guns for the coming Apocalypse.  Businesses spent inordinate sums preparing for a computer system apocalypse.  As we all know, the year 2000 was as much of a global finale as in the year 1000.

With this as our backdrop as a species, it should be no surprise then that so many Americans believe in an assortment of COVID-19 and 2020 election hoaxes.

The most notable proponent of election lies is Mike Lindall – you know, the pillow guy.  Despite multiple lawsuits that could bankrupt Lindell, the pillow and conspiracy peddler continues to promote fact-less claims.  Despite the threat of financial ruin, Lindell continues to withhold his proof with anyone.  Rather than disclose the ‘undisputable facts’ that the election was stolen, Lindell attempts to get lawsuits thrown out under the concept that ‘political discourse’ cannot be considered defamatory…even if all statements are 100% false.

While Trump and many of his whack-a-doodle ‘friends’ are motivated by power and money, anti-vaxxers make outrageous claims that lead to countless deaths.  The idea that the vaccines are caused by 5G is laughable any basic grade school understanding of science will prove.  A biological condition like a virus cannot be spread by an electronic device.  That absurd concept defies the basic laws of science.

A variant on the 5G conspiracy is that Bill Gates is behind the injection of a microchip in your arm for any number of nefarious reasons.  It seems implausible that any clear-headed person could possibly believe this hoax, yet many do.  Or maybe they aren’t so clear-headed.

Seemingly intelligent folks who prefer a set of beliefs that fit their comfort hopes despite these beliefs being false is denialism.  History teaches us that people who live in denial of reality typically come to an ending that is far worse than if they had accepted and dealt with the reality of the moment.