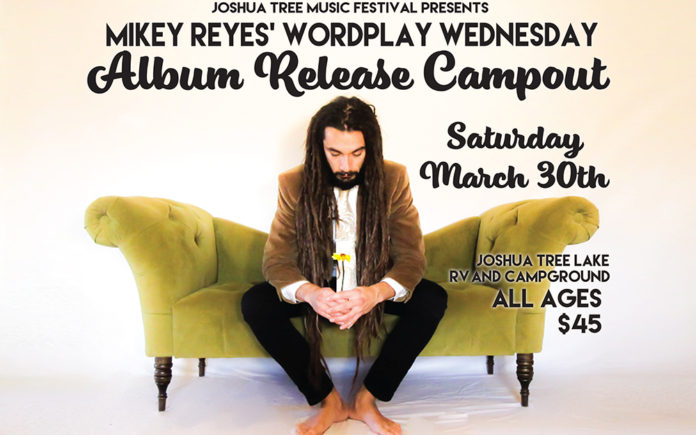 The Joshua Tree music scene has attracted regional and national media in the last couple of years.  While it may be a new, up-and-coming scene to those looking for options outside of Los Angeles or even Nashville, our high desert local artists and award-winning festival producer, Barnett English and team have been knee deep in it and growing the scene for years now.  One such staple of the high desert music scene, Desert Rhythm Project, fronted by Mikey Reyes and Bryanna Evaro, has been working overtime with fellow creatives over the past year.  March 30th, at the sight of the Joshua Tree Music Festival grounds, DRP will release a 53 song collaborative album and celebrate it with a camp out under the stars in pure high desert fashion.

“Word Play Wednesday” was initially a personal challenge that Reyes created to share one song every week over social media.  Reyes dubbed it “Wordplay Wednesday 760,” and the combination of roots, soul, funk and hip-hop bring messages of truth, sometimes gentle, sometimes sharply poignant, but always soaked in love.  Their personal challenge to present live original videos of their music weekly, displays the incredible depth of talent harbored within these prolific artists and their colleagues.  It is awe inspiring to say the least. Now all 53 songs will be available in one recorded collection. 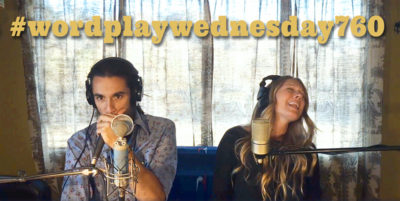 “The idea of a Wordplay Wednesday album evolved about halfway through the year of us putting out a new track every week,” Mikey Reyes shared. “The amount of support and the momentum that it created, from what started out as a weekly musical meditation, inspired the thought behind the action of putting out a Wordplay Wednesday album. The album title is Seasons. The name is representative of what the album is – a collection of a yearlong creative, meditative, songwriting hustle, so the title seemed fitting and true to the tone of Wordplay Wednesday. Seasons is a four-disc album consisting of 53 original songs. There are multiple collaborators and guest musical performers on the album. Some of the guest musical performers include Bryanna Evaro, WilldaBeast, Provoked, Giselle Woo, Scott “Drago” Kissinger, Christian Colin, Vanessa Reddin, Gene Evaro Jr, Colin Murphy, Tyler Saraca, Juan Delara Jr., Michael Cordova and Mitchell Araganda. All of these beautiful people were involved in one or more of the 53 songs that are on this new album.”

Seasons will be available on March 30 for sale at Desert Rhythm Project’s album release party in Joshua Tree, and will also be available for purchase on their website, www.desertrhythmproject.com. “The album will eventually be available on all streaming apps and music services,” announced Reyes. “But for now, it is kind of an exclusive item that can only be purchased from the hands of the artist themselves.”

The release party will be held at the Joshua Tree Lake Campgrounds on March 30, 2019. “The party is a camp-out,” Reyes explained. “We are super excited about sharing our new album with all of our friends, fans and family, while staying the night under the beautiful stars, with everyone who has supported us along this journey.”

The camp out starts early on Saturday afternoon. The gate is open at 2PM and music will begin at 4 PM.

There will also be a Late-Night Silent Disco with guest DJs DJ ODC, DJ Princess and DJ Addict.

If you consider yourself a connoisseur of good music, and want to get an authentic sense of the spirit that is the high desert music scene, this is an opportunity not to be missed.