Playwright Thornton Wilder said, “I regard the theatre as the greatest of all art forms, the most immediate way in which a human being can share with another the sense of what it is to be a human being.”

In any small town or big city across the country you will find a theater.  Whether it’s a small black box with 50 folding chairs or a 2,000-seat auditorium, the goal of the performing arts remains the same… sharing stories that give insight to what it means to be human.

And few do it better than Coachella Valley’s ‘Desert TheatreWorks, (DTW)’ founded in 2013 by real life spouses, Lance Phillips-Martinez and Ron Phillips-Martinez. DTW is now in their fourth season and has just made a major move from their previous location at the Arthur Newman Theatre in Palm Desert, to their new home, The Indio Performing Arts Center, (IPAC.)  DTW’s mission is to provide education, entertainment and exposure to cultural experiences to residents and visitors of the Coachella Valley.  Ron and Lance do it all from Directing to Producing and most of the work in between. And one of the very special qualities about Desert TheatreWorks is that they are truly a community theatre that seems to have the ability to utilize the very best of the Coachella Valley’s talent in their productions.

In addition to 7 shows per season, which range from comedies to dramas, radio plays and staged readings, they also produce educational camps for kids and Seniors on Stage, a four-week interactive course for people 50 and older to learn about the world of acting. 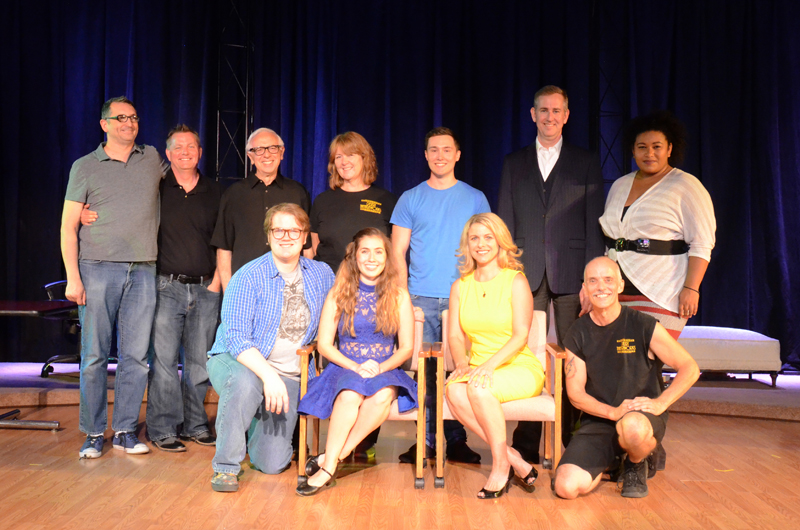 Desert TheatreWorks, the Desert Theatre League’s most award-nominated theater here in the desert, has made remarkable progress in their 4-year history and they continue to expand as they make their move to IPAC.  Currently in production and running through Sunday, April 30th, is the Pulitzer and Tony award winning show, “Next to Normal,” a rock musical that examines the underbelly of suburban life.  Book and lyrics by Brian Yorkey.  Music by Tom Kitt.

“Next to Normal,” can be seen through April 30th at The Indio Performing Arts Center, located at 45175 Fargo Street, Indio, CA

Dee Jae Cox is a playwright, director and producer.  She is the Cofounder and Artistic Director for The Los Angeles Women’s Theatre Project.  www.californiawoman411.com.