The widely popular play from Pulitzer Prize finalist Jon Robin Baitz is a smart drama filled with serious laughter and repartee that dazzles and decimates. Christmas is always somewhat surreal in Palm Springs. And it’s made even more so this year when Brooke returns home after a long absence to present her conservative parents with a tell-all confessional novel that exposes a pivotal event in family history. Don’t miss the most powerful play of our 2015-16 season!

Other Desert Cities was a finalist for the 2012 Pulitzer Prize for Drama.

“Desert Theatreworks is beyond thrilled to present this beautifully written contemporary play,” says Artistic Director/Director Lance Phillips-Martinez, “There is so much to relate to in the text.  The story is not really about a republican family with a secret; this is about the family dynamic and the understanding between parents and children that can develop as we age.”

Other Desert Cities contains some mature language and is recommended for ages 15 and up. 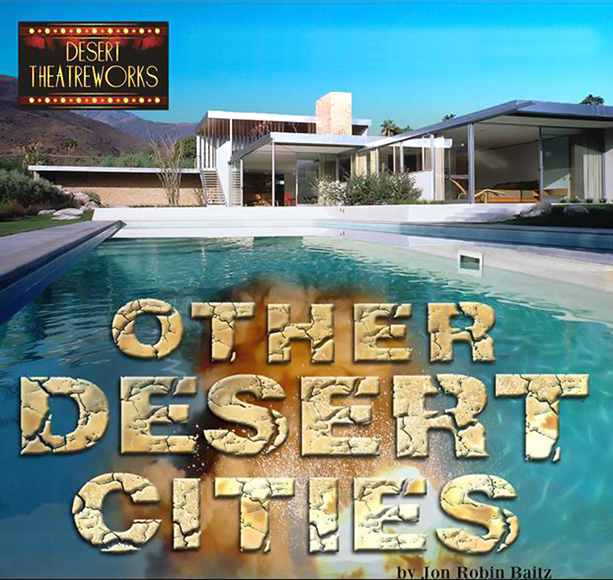