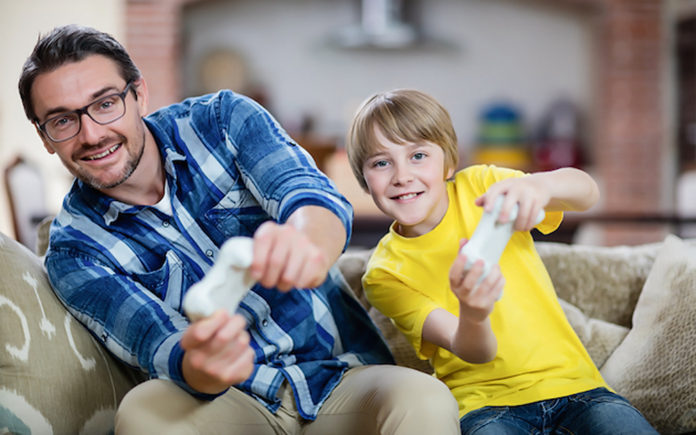 As evidenced by sales of more than $110 billion each year, video gaming is the number one form of entertainment in the world.  According to Newzoo, the leading news source to the gaming industry, mobile gaming makes up 42% of sales followed by console gaming with a 31% market share (e.g. Xbox) and computer gaming at 27%.

Metacritic ranks game publishers each year.  At present, Bethesda Software is the top ranked game publisher with Wolfenstein II and The Evil Within 2 for the Xbox 2 driving performance.

The ever-reliable Nintendo is ranked second due to its Pokemon, Mario Kart and The Legend of Zelda series.  Remember Wii or Wii-U?  Nintendo’s replacement for the Wii is called Switch and appears to be a hit as more than 18 million Switches were sold through May.

In third is Sega due to their Sonic Mania game made for the Switch and the reboot of their 2009 hit, Bayonetta for PCs.

According to Forbes magazine, Tetris is the most popular video game of all time with 495 million copies sold.  This Russian tile-matching puzzle debuted in June, 1984.

Minecraft comes in second with 107 million copies sold.  Created by Swede Markus Persson in May, 2009, the game was sold to Microsoft four years ago for $2.5 billion.

Wii Sports has sold 83 million copies since its release with the Wii in November, 2006.  This collection of sporting games like tennis, bowling and golf has sold more copies for the one platform that it serves than any other game in history.

No list is complete without Grand Theft Auto.  The fifth installment in this gaming franchise has sold 65 million copies.  Grand Theft Auto first launched in 1997.  The brainchild of Scotsman David Jones and Mike Daily, Jones first gained video gaming notoriety with Lemmings, a creation of his that sold 2 million copies.

Some believe that the first video game was a television-based tennis game known as Pong.  Its origins go back to 1958 when Physicist William Higinbotham (seriously, that is his name) created TV tennis as part of annual visitor’s day at the Brookhaven National Laboratory in Upton, New York.  Higinbotham called his display, Tennis for Two.  The game was a hit as visitors stood in long lines for their chance to try this first electronic game.

Despite the popularity of his creation, Higinbotham (who held more than twenty patents by the time his Tennis game debuted) never patented this creation as he did not consider it innovative.  Others did and by the 1970s, TV Tennis or Pong was in many homes.  Higinbotham never made a penny from his game.  His interests were focused on Nuclear Arms Control.  As the founder and first president of the Federation of American Scientists, he created an organization that works at using science to make the world a safer place.  They measure success as inventorying all weapons of mass destruction as well as the components required to make a weapon and working to reduce these stockpiles.

Some cite a tic-tac-toe arcade game created by Josef Kates in 1950 for the Canadian National Exhibition (their version of our World Fair) as the first video game.  His purpose in creating the game was to show the abilities of a vacuum tube that he had created.

Video gaming went mainstream in the late 1970s as arcade games became hits on college campuses and eventually nearly every gathering point where people might gather and have time to kill.  The most popular arcade game of all time is Pac-Man followed by Space Invaders, Donkey Kong, Ms. Pac Man and Asteroids.

The future of gaming will change drastically as 5G networks and Artificial Intelligence change the landscape of gaming to things that may surprise even the most forward-thinking of gamesters.

Haddon Libby is the Managing Partner of Winslow Drake Investment Management and can be reached at HLibby@WinslowDrake.com.  For more information, please visit www.WinslowDrake.com.