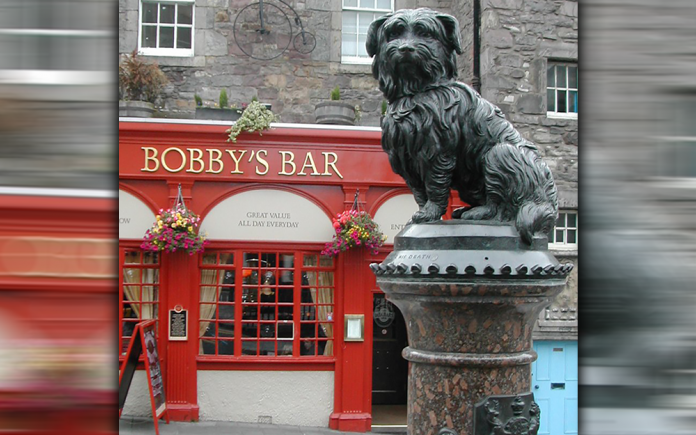 Have you noticed one of your pets showing signs of grief when its companion animal passed away?  Science confirms that you are not anthropomorphizing your cat or dog.  Scientific studies confirm what we animal lovers already know.  Animals have feelings, a wide range of emotions including grief.  Dogs may become lethargic and stop eating.  Cats may retreat into hiding places and refuse food.  You may see them look longingly at their buddy’s favorite place hoping to see them again.

Many years ago, one of my bonded cats was put to sleep on a final vet visit when it was discovered Heather was ridden with cancer.  When I pulled up outside my house with an empty pet carrier, blood curdling screams could be heard from somewhere in the neighborhood.  I soon discovered the screams were from Heather’s companion cat, Isis.  The screaming stopped as I approached, my grief temporarily set aside by amazement.  How did her best fur friend know Heather wasn’t coming home?  Isis quit eating for a while and moped around the house.  I gave her extra love and attention, and eventually brought in another cat companion. 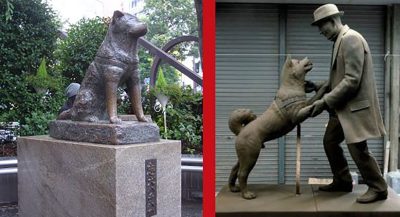 Greyfriars Bobby, a grieving Skye Terrier in Scotland traveled to his owner’s grave daily for 14 years until his own death in 1872.  The residents of Edinburgh followed the dog’s vigils.  A granite statue pictured here of Bobby stands outside an appropriately named pub celebrating the life and loyalty of this amazing little fellow.

A Richard Gere movie, HACHIKO: A DOG’S STORY, is based on the true story of an Akita dog owned by a college professor in Japan.  (I loved this movie!  Find it on Netflix.)  Professor Ueno’s routine included a daily walk from his home to the commuter train station. His dog accompanied him on the walk, returned home, and came back to meet him at the train station when he arrived back home.  After his human’s sudden death, the devoted dog waited hopefully for his 9 remaining years at the Tokyo train station for him to arrive home.

A statue at the Tokyo train station honors Hachiko.  In 2015, a statue memorializing the happy reunion in the afterlife of Hachi and Professor Ueno was erected at the University of Tokyo where he taught for over 20 years.  This was the 97th anniversary of the dog’s passing, and the 87th anniversary of his beloved human.

In 1996, the ASPCA released the Companion Animal Mourning Project.  This project studied the grief response  in dogs, whose pack mentality and social nature make them vulnerable to mourning.  The study showed that upon the death of a companion canine, 36% of dogs ate significantly less, 11% stopped eating completely, 63% showed some extreme change in vocalization (some becoming quieter, others becoming significantly more vocal).  Over 50% became clingy with their humans.

How can you help your pet get over the mourning period?  Give the remaining animal extra time and attention.  Give your pet a light massage.  Take longer walks with your dog.  Give a grieving cat more time for game playing or grooming.  Lamb baby food spread thin over cat food may encourage a reluctant cat to eat.  Baked chicken without the skin and bones may entice your dog to resume eating.

We have all seen animals in the wild mourning the loss of another.  There was recently a dead bird in a neighbor’s front yard.  Several days later while walking my dogs nearby, I witnessed another pigeon pick up the bird and fly away with it.  Like a soldier in battle, the bird took away his beloved brother, mother, or comrade, to mourn and honor.

This might be a good time to undertake some positive obedience training with your dog.  Training creates a deeper bond between the two of you, creating better ways for you to communicate.  Take your grieving dog on more outings such as outdoor cafes and shopping in pet friendly stores.  It helps your own grief when you and your cat or dog comfort each other.