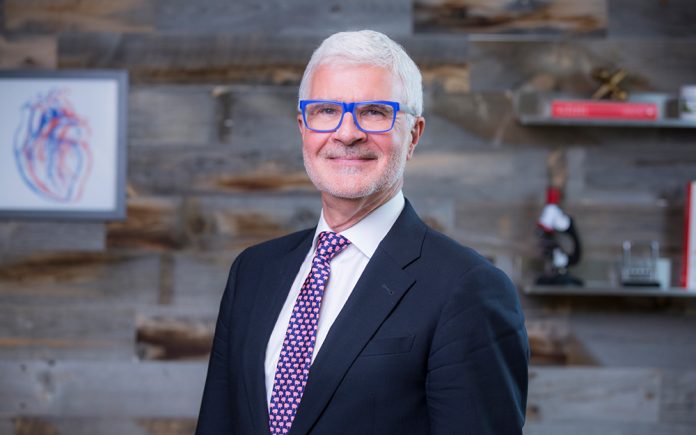 Dr. Steven Gundry has his undergrad degree from Yale and an MD from the Medical College of Georgia. He has decades of experience as a cardiothoracic surgeon, including pioneering infant and pediatric heart transplantation. Most importantly what he has, is a curiosity that led him beyond treating patients with conventional medical wisdom, to research that brought him to his findings in investigating the impact of diet on health. Now, after having quit his career as a surgeon in 2002, he is a New York Times best-selling author, with books such as The Plant Paradox, The Longevity Paradox, Dr. Gundry’s Diet Evolution, and several cookbooks. He’ll be at the Desert Woman’s Show this weekend and I got the chance to talk with him ahead of it.

Dr. Gundry’s most important finding, as you see throughout his books, is that foods containing lectins caused inflammation and led to many modern health issues, including weight gain. He strongly believes that diseases begin and end in the gut. Many people are able to trace the root cause of an ailment and it seems to come back to the gut, even when it seemed unrelated. More and more diets center around this fact, and yet, this still isn’t conventional wisdom in the medical community. Says Gundry, “We’ve been trained to think that diseases are something that can be treated primarily with drugs or operations. The idea that it can be treated with food kind of ruins the whole model of disease treatment and prevention. It’s no wonder that the idea doesn’t get a lot of traction.” He says doctors have to see 40 patients a day for 10 minutes and essentially write prescriptions for a living. “Most of the education we get in medical schools is from pharmaceutical companies. With the pharmaceutical model, the last thing you’d want anyone to know that these diseases don’t have to exist and can be gotten rid of with diet!”

When asked how people can identify on their own what the root of an issue is, Gundry points to reading his book the Plant Paradox as a great place to start.

With so many recent documentaries touting a plant-based diet, there seems to be an influx of veganism. When asked how that meshes with a lectin-free diet and how a vegan can stay satiated, Dr. Gundry lets me in on a little secret. “We laugh and say that the Plant Paradox is a secret vegan manifesto. I take care of a large number of vegans and vegetarians and initially they are my sickest patients. For the most part, they’ve become pasta/grain/bean-a-tarians. You have to know which plants like you and which ones don’t like you. My wife and I eat vegan during the week and during the weekend we’ll eat wild fish or shellfish. I say we’re ‘veg-aquarians.’” 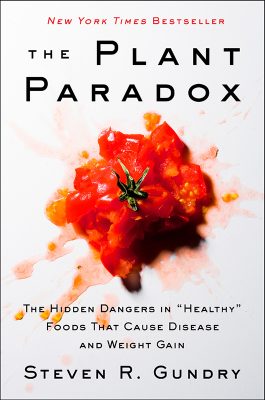 In researching the Plant Paradox for this interview, I saw that several foods that are on the “absolutely do not eat” list are also recommended foods to avoid for several other conditions, including SIBO (small intestine bacterial overgrowth). When I ask if his diet is compatible with getting a SIBO-free gut, Gundry tells me that he sees a lot of people who have SIBO (or are told they have it). “We see a lot of people following the FODMAP diet to eliminate IBS but we’ve never had to give anyone with SIBO direct antibiotics to change gut bacteria. A number of people who take acid-reducing drugs don’t realize they actually cause SIBO because bacteria will migrate up from colon into small intestine, where they don’t belong.” According to Dr. Gundry, all of his patients get better by following his program. And many foods that contain lectins aren’t off-limits if you know how to cook them properly. Says Gundry, “Beans are not the evil empire as long as you know how to handle them and how to cook them! Two weeks ago, we pressure cooked beans every night for vegan eating during the week and son of a gun, I didn’t die! I’m not anti-beans you just have to know how to handle them. You can detoxify most lectins. You can’t do that with gluten.”

That brings us to gluten, which in recent years has been much-derided and very little understood. A large portion of Americans feel they have, at very least, an intolerance to gluten. I ask Dr. Gundry if he would say the typical stomach is gluten-intolerant. 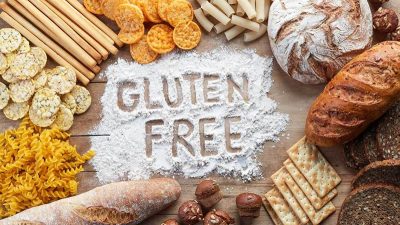 “That’s part of the logic of Plant Paradox. We used to have lines of defenses against gluten. We have a bacteria that loves to eat lectins and one that loves to eat gluten, but so much of our microbiome has been destroyed by the antibiotics we take, the antibiotics the animals we eat are given, and what’s in our water. Worse than that, is the Round Up in our water and food. Round up is a good antimicrobial. We now don’t have that line of defense. We used to have a layer of mucus that would trap lectins. Now, if we swallow one Advil or Aleve, it’s like blowing holes in the lining of our gut.” In fact, he tells me, he’s had a number of patients with auto immune diseases who got rid of their symptoms living here in the U.S. while following this program, who would then go on vacation in Europe and eat bread, yogurt, pasta, beans (all the things they’ve been unable to enjoy due to their condition) and it wouldn’t flare their auto immune disease. They’d come back to the States thinking they’re ok and once they started eating our bread, pasta, etc., would find their auto immune condition flared. This, he tells me is due to our food being tainted with Round Up and antibiotics, as previously mentioned.

You can hear Dr. Gundry talk about this, and more, at the Desert Woman’s Show at the JW Marriott Palm Desert Resort & Spa this Saturday, February 22. Specifically, he tells me, he’ll be talking about his latest book, the Longevity Paradox, dealing with how to die young at a ripe old age. “Believe it or not,” he says, “most of us want to live a long time but we just don’t want to get old. You don’t have to age as you get older!”

For more information and to purchase tickets, click on this link: https://www.desertwomansshow.com/