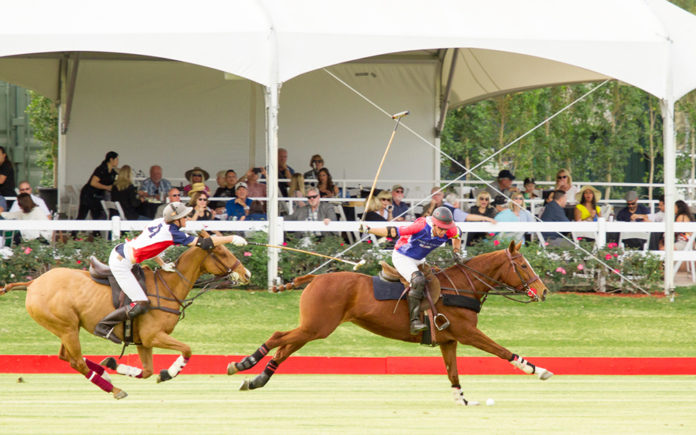 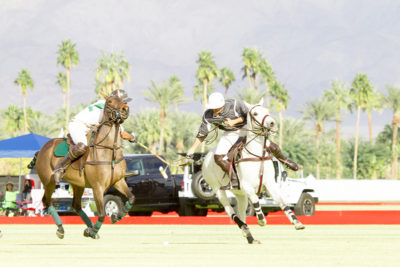 With a huge sell-out crowd in the clubhouse and lively bunch of picnicking tailgaters lining the field, the polo season was certainly in full swing. For over 60 years, Eldorado Polo Club has opened its doors to the community to experience world class polo right here in the Coachella Valley. Each winter, hundreds of horses and their riders descend upon the Desert to participate in three months of intense competition before moving on to other polo events around the US and the World! 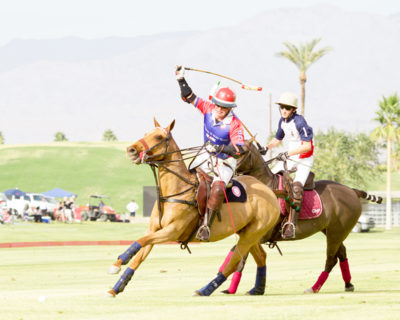 The second match of the day was opened with the anthem performed by Jordan Blake and stars and stripes carried around the grounds in spectacular fashion by Catlin Dix. The match featured San Diego based Manolo Polo featuring the husband and wife combo of Topo & Shannon Mendez alongside Rodrigo Salinas and Lamar Rutherford against the foursome representing Thermal which resulted in a convincing 6 – 1 win to the Desert’s home team.

Opening Day launched the 13 week Sunday Polo program at Eldorado that will continue to run each Sunday at 12pm & 2pm until April 1. Everyone is welcome to attend and entry is just $10 per car. More information is available at www.eldoradopoloclub.com