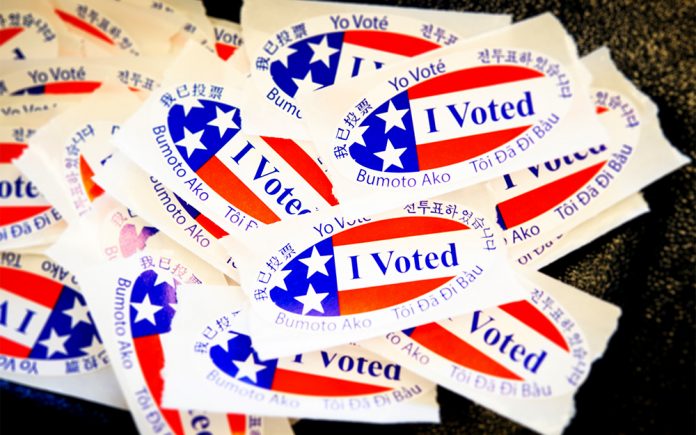 We may know who the next President is by Wednesday morning, but down ballot issues may take weeks into January 2021. There are 33 US Senate seats; all 435 seats in the House of Representatives; 11 state governors; thousands of state senators and representatives; and many local city and county council races. Drug legalization measures are on the ballot in 7 states.

Four states are voting on adult-use (recreational) cannabis legalization: Arizona, Montana, New Jersey, and South Dakota. Two states are voting on medical marijuana legalization: Mississippi, and South Dakota. Oregon voters will consider two separate drug reform measures. One would legalize the medical use of psilocybin. The other would decriminalize small amounts of all drugs.

Carson will vote on whether to allow four “commercial cannabis operation centers.” The measure appears to leave the door open to allowing licensees to choose the types of companies – retail, cultivation, manufacturing – they would operate. Commerce voters will weigh in on six MJ company-development agreements struck between city officials and businesses. Hawthorne voters will decide whether to approve Measure CC, with a 5% gross receipts general cannabis business tax. The city currently prohibits all marijuana businesses.

Pomona voters will decide between Measure PM and Measure PO. Measure PM is a citizen-backed initiative that would enact 600-foot setbacks (the same as liquor setbacks) for cannabis businesses; Measure PO was placed on the ballot by city council and has 1000-foot setbacks. Jurupa Valley voters will decide on Measure U, to allow up to seven new marijuana retailers. In June 2018, the city voted against marijuana businesses.

Costa Mesa could become the second to allow commercial cannabis shops if voters approve Measure Q allowing the City Council to establish a retail marijuana tax of 4% to 7%. The city already allows manufacturing, testing and distribution.

La Habra voters will decide on Measure W, establishing a tax of up to 2.5% on cannabis distribution and testing businesses, and up to 6% on all other cannabis businesses.

Laguna Woods ballot measure is advisory only. The ballot question asks if voters want the city to authorize marijuana retailers. The city currently prohibits all cannabis businesses. If voters back it, there is no certainty the town will move forward with cannabis business licensing.

The City of Banning votes on Measure L. It will decide whether to allow distributors to set up shop and impose a distribution tax of up to 10% on company gross receipts. The town already permits retailers, cultivators, manufacturing, and testing.

Encinitas voters will decide whether to allow commercial marijuana cultivation, manufacturing, distribution and up to four retail shops. The city currently prohibits all cannabis businesses. Lemon Grove voters will decide on Measure J, to allow a general cannabis business tax of up to 8% of gross receipts. The city currently allows only medical marijuana dispensaries and no other types of businesses, so a yes vote could open the door to recreational businesses.

Oceanside voters will decide on Measure M, a ballot measure that establishes a range of 2 percent to 6 percent for medical or recreational retailers, manufacturers, and distributors, and up to 3.5 percent for cultivators. The exact percentage within that range would be set by the City Council after the measure is approved. Oceanside in May 2020 already approved its first medical, delivery-only cannabis dispensary. Solana Beach voters will decide on Measure S, to allow at least two storefront marijuana retailers along with indoor cultivation and delivery. The city currently prohibits all cannabis businesses.

Would it be easier to convince our federal senators, congressmen, and President to resolve this issue federally? I am dizzy with all these various laws picking apart our miracle plant. On second thought those hairbrained congressmen and senators would end up regulating each molecule of cannabis through their pet agencies.