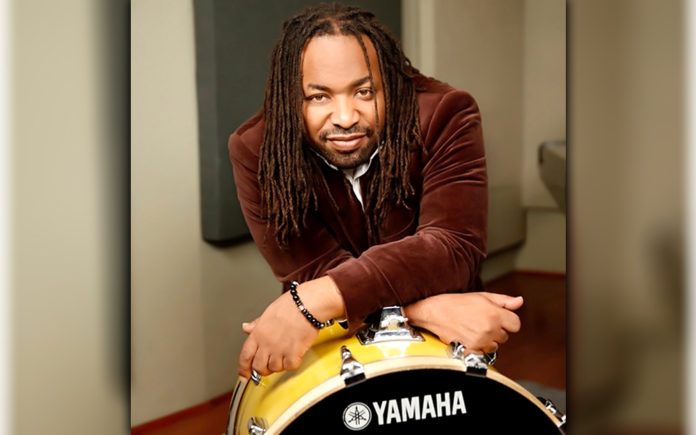 I am blessed to be able to interview some of the great jazz artists of our time. I consider Eric Valentine to be one of those. He is one of the most renowned smooth jazz drummers and is the A list drummer for everyone in the industry from Peter White to Richard Elliott and Euge Groove.

What is most fascinating to me is what he has done and is doing as a producer. His first project that he took (10) years to complete is called Velvet Groove; he went beyond the drums playing keyboards, synths, bass, vocals, percussion and drums on the disc. There are ten full songs. He wrote or co-wrote nine of them. He even did the mix in his (private) studio.

With such a busy career he decided it was the only way to get it done. It took him 2 years (working around the clock learning studio techniques to record and mix). He still continued to play on weekends for his (various artists).

His (2nd) CD puts a unique twist on the current practice of adding a big name guest artist to the CD to get attention and push the CD. As he puts it: “The star power illuminating the high-level session of deft rhythms and grooves include Grammy winner Kirk Whalum, multiple Grammy nominee Gerald Albright and chart-toppers Elliot, Braun, Adam Hawley, Elan Trotman, Brian Simpson and Greg Manning, pianist Wayne Linsey, jazz fusion guitarist Alex Machacek, and percussionists Lenny Castro, Munyungo Jackson and Ramon Islas are among those who texturize the lush tracks.” That is an incredible line up the helped his first song.

It was recorded in studio organically and then special guests were added remotely. His (second) single was “Velvet Groove” from the CD and it reached #2 on Billboard. A feat rarely achieved especially on a first release. Valentine has been lucky to work with such a great group of artists. Peter White and all of them allow him to sell his CDs at the concerts he plays with them.

He also started a record company with his new wife, B. Valentine, and together they are charting new territory in the jazz industry. They are currently working on two more CDs. One is the her solo release.  She’s a vocalist and they worked together over the years prior to their romance and subsequent marriage a year ago.

The third CD is one of the most innovative concepts that I’ve ever encountered. The trend in recording has been to a totally organic sound in the studio. Valentine takes that one step further by creating, writing, and recording a CD live in the studio. He’s bringing in Prince’s former keyboard player XAVIER, Benjamin J. Shepard on bass, and (saxophonist for Rapheal Saadiq) Keith McKelly on sax. Together they are going to create and record new music on the spot. Eric enthused:  “My music is music you can feel.” I can’t wait to hear this collaboration. 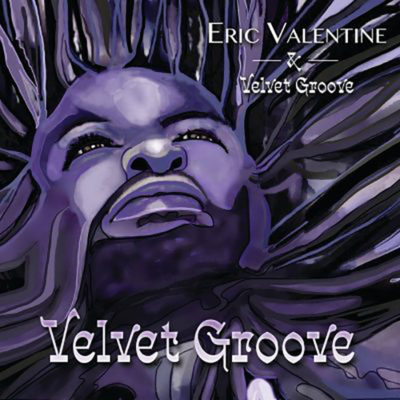 “Through the Velvet Groove platform, I’m really striving to push the idea of community. We’re trying to get all the musicians recording at the same time, vibing off of one another. People have become so socially compartmentalized these days that they don’t know how to communicate anymore. The positivity and good vibes we’re creating within the Velvet Groove community can be heard and felt in the music. It’s about giving back and being helpful. We’re trying to live the example we want people to embrace. We want our music to make people feel love, joy and happiness, using our musical gifts to inspire and uplift people to a better place, and to choose kindness rather than conflict,” said the hopeful Valentine.

They also marketed their CD by recording it first and then doing a ‘Go Fund Me’ to their community of supporters to raise the money for the radio and press promotion. They gave a copy of the new CD to only those contributors who made a $100 contribution. They weren’t available to the general public. This unique twist sets him apart from other artists. I’m so impressed with the creativity involved with The Velvet Groove.

Valentine is also continuing to play and record on other artist’s CDs. He’s on Adam Hawley second CD, Summer Horns, Cindy Bradley, Lin Roundtree and Jeff Ryan to name a few. He cites Quincy Jones as his mentor. He is a multi-talented artist, producer and marketer. His latest single “Mr. Z,” (named for Hans Zermeulen, who plays keys on his CD and co-wrote the track), was just released June 4 and was the #1 most added on Billboard.

To find out more about Eric Valentine and Velvet Groove visit his website at velvetgroovemusic.com