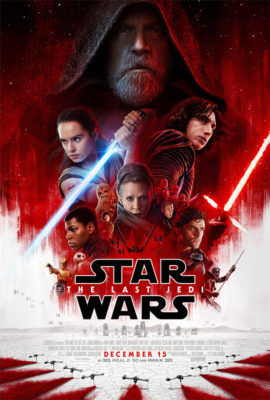 Rian Johnson’s much-anticipated, over-long, eighth chapter in the gargantuan, ever-expanding and seemingly never-ending sci-fi fantasy franchise that has captured several generations of a global audience has a strong sense familiarity and sameness about it as opposed to one of originality.  And that’s probably by design, after all, it’s show business and rewarding expectations and nostalgia can be profitable.  However, in the future, assuming this franchise will go on forever, I’d like to see adventure and action in another part of the SW universe with new characters, romance, creatures, technology, and villains.  Where’s the exhilarating feeling we had when the genre-twisting first Star Wars movie screened?

This new chapter in the saga opens shortly after the events of “Star Wars: Episode VII The Force Awakens.”  Rey (Daisy Ridley) is looking to be properly trained because she knows she has “force” powers.  When she locates self-exiled Luke Skywalker (Mark Hamill) and asks to be trained in the ways of the Jedi.  Luke’s response radically alters their lives.

The plot meanders with parallel narratives that coalesce in third act.

Hans Solo is dead in the story as is Luke Skywalker.  What’s the point of being involved with a character from the very beginning (that’s 40 years ago!) if the character is no longer a player?  Why should we even care about Oscar Isaac’s character?  It adds no weight to the narrative.  But Supreme Leader Snoke (Andy Serkis) was a nice addition.  He’s basically a stand-in for the evil emperor. However, he has a great look and has potential as a metaphor for the dangerous clerics in thee real world.  Much appreciated is the not so subtle exploration of the dark side’s seductive power and the evocations of a primitive spirituality. 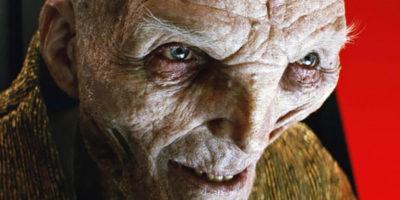 There’s a legacy to the Star Wars epic we have come to know.  But sadly, repeating the same story or ignoring major plot points already established weakens the narrative power of the franchise.  For instance, at the end of the sixth chapter, the rebels defeat the empire and destroy the Death Star.  So why are the bad guys still around and better funded than the rebels – and who exactly are they now fighting?  And why do they have only one very slow ship with Laura Dern at the helm?  By actual count, it looks like the rebel army has been reduced to about 15 people in their entire army!  I certainly appreciate the skill it takes to create the battle action of X-wing and TIE fighter dogfights, but do we really need to see it again and again.

Why should we continue to patronize this franchise in future cinematic episodes when the filmmakers/studio are so sloppy with story?  After all is said and done, isn’t Star Wars really a chronicle of the Skywalker heir and namesake?

Yes, there are great moments — nicely staged action, and memorable, almost painterly, images – but it’s all held together by a weakly constructed and at times even boring story. The fine cast features Daisy Ridley, Mark Hamill, Carrie Fisher (not CGI), John Boyega, Adam Driver, Oscar Isaac, Kelly Mari Tran and Laura Dern among others.   But the one missing ingredient is DNA from creator Lucas.  Now showing at Mary Pickford D’Place Entertainment. 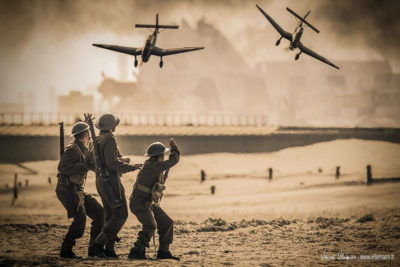 Writer/director Christopher Nolan utilized a mixture of IMAX and 65mm film to bring this important, historic event to screen in the highest quality available.

The movie opens as hundred of thousands of British and Allied troops are surrounded by enemy forces.  Trapped on the beach with their backs to the sea, they face an impossible situation as the enemy closes in.

Essentially we follow a very unlucky coward who brings bad luck to every place he runs.  The film’s fragmented structure can be a bit had to follow as the mostly parallel stories jump around in time and place.  That editorial choice diluted the emotional heft of the film.

The story unfolds on land, sea and air.  RAF Spitfires engage the enemy in the skies above the channel, trying to protect the defenseless men below.  Meanwhile, a flotilla made up of hundreds of small boats manned by both military and civilians are staging a desperate rescue effort, risking their lives in a race against time to save even a fraction of their army.

Director Nolan, known for his attention to detail and meticulous craftsmanship, partially filmed sequence on the beaches of Dunkirk, France where the actual events unfolded.  The biggest draw for this remarkable film is the extraordinary recreation of another time and place that still reverberates meaningfully in our world today.

More than a dozen better than average extras detail the incredible creative skills that went into the magical transformation that took this unforgettable incident from history, to screenplay to screen.  The stunning 4K ULTRA HDR transfer is state of the art.  Combo pack includes both Blu-ray and DVD.   Paramount.