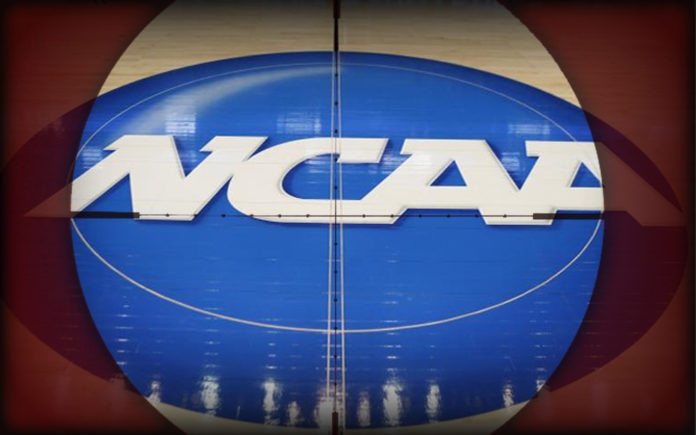 The U.S. Department of Justice revealed in September that it was pursuing criminal cases against nearly a dozen college basketball power brokers, including coaches at major programs and executives at multinational shoe companies. As the season’s worn on, more and more teams have been connected to an FBI corruption probe with no end in sight.

There are three criminal cases ongoing right now, involving a combined 10 defendants. Two of the cases are similar, in that they involve college coaches allegedly taking bribes from businessmen in exchange for steering players to those businesses. (They appear to have been split up because they involve different people accused of offering the bribes.) A third case deals with Adidas and an AAU basketball power broker allegedly trying to funnel players to Adidas-sponsored colleges and, later, to sign with the company.

Let’s sort through why this is happening.

Yes. Similar things are common in college basketball and football. Usually, nothing happens to the people involved. If anything does, it’s usually the NCAA doing the punishing, in the form of revoked eligibility, vacated wins, postseason bans, or the like.

Why does the federal government care about NCAA violations?

It’s not clear what the endgame is in any of these cases for the FBI or the Justice Department, whose lawyers are prosecuting the cases. But the feds, obviously, think the 10 defendants in the cases broke the law in the course of cheating NCAA rules.

What are the actual crimes alleged?

Soliciting of bribes is a common one. The United States doesn’t have a blanket law making all bribery illegal. But the positions of the people involved in these cases made it easy for the government to go after them.

The feds are charging four former assistant coaches at Division I schools as “agents of federally funded organizations.” They can do that because all of their former schools do more than $10,000 a year in business with the federal government, whether through grants, loans, contracts, or other collaborations. These schools’ college basketball programs have just about nothing to do with the federal government, but the Justice Department is using a broader anti-corruption law to target those coaches.

Two business associates who’d started a sports management company together, Christian Dawkins and Munish Sood, are accused of making those bribes to coaches, in the hope that they’d steer players to sign with their company when they turned pro. Rashan Michel, the founder and operator of an Atlanta clothing company, is accused of similarly bribing Person to get the former Auburn coach to direct players to his business.

“Fraud” comes up a lot on the list of charges against the 10 defendants. In fact, all of them are facing at least two fraud charges, while Dawkins and Sood face four apiece. The feds say that the universities these coaches worked for were victims of fraud because they were misled in the schemes and thus exposed to significant risk.

For instance, the government says Person’s dealings with Michel put Auburn at “risk of tangible economic harm.” It cites the potential loss of profit-sharing revenue as part of NCAA sanctions that might come after violations and a general “interference” with Auburn’s ability to “control its assets.” Most of the defendants are accused of “honest services fraud,” where businessmen allegedly helped the coaches wrong their schools.

Is this even illegal?

Not on its own. There are plenty of ways a payment can become illegal, though, such as if the people making it launder that money or defraud others in the course of the transaction. That’s clearly how the FBI and Justice Department approached these cases.

What’s in it for the NCAA?

The NCAA gets to wage a high-profile fight and publicly express its outrage about an underground economy its own rules created. It also gets to have the freaking FBI, with subpoena power and all the resources of the federal government, do its investigating.

The NCAA gets to have a robust investigation of something it hates more than anything else: players getting paid for their athletic ability. And it doesn’t even have to do the work!

Later on, the NCAA can punish whatever wrongdoing the FBI finds, which it probably will.

Is the federal investigation going to stop players from getting paid under the table and lead to a new era of rigorous NCAA compliance?