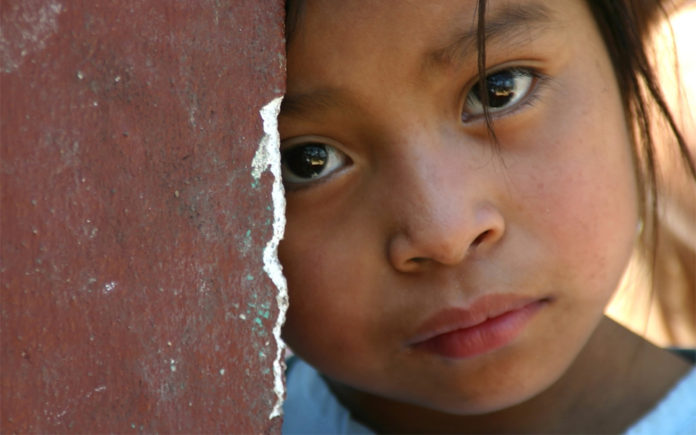 “Locking up children is against the Eighth Amendment,” said Amalia Deaztlan, community activist.  “America has the most advanced rules of governing in the world! This is not what America is supposed to be.  Families belong together.”

Deaztlan was the first speaker to address the crowd at Frances Stevens Park last Saturday in Palm Springs, part of a nationwide protest against separating children from their parents who have come into the country illegally.

Over 800 people filled the park many held colorful and provocative signs, and there were frequent outbursts and chants that included “Vote. Vote.  Vote.”

Congressman Raul Ruiz spoke to the enthusiastic protesters about bringing back the humanity and the moral standards that Americans embrace.

“No matter your opinion, we can agree to protect children,” said the Congressman and medical doctor.  “The administration purposely did this to prevent people from coming over.  It’s an inhumane and immoral policy, and the American people said ‘Stop’.”

Ruiz said he was demanding an investigation and that the Executive Order did not go far enough because there are still 2,500 children waiting to be reunited with parents.

“It’s not over until we stop the incarceration of children,” said Ruiz.  “The fight is for all children.  We understand and respect the dignity of children.”

Ruiz added, one of four children hasn’t enough food and that he was committed to children having a fair shot at the American dream.  He thanked the crowd, praising their activism and said he would continue to be a voice for children.

Karen Borja, Director of Planned Parenthood addressed the crowd. “Immigrant women are in the cross hairs,” she said.

Borja went on to say the Administration actively wants a rule to stop funding Title X, which ensures every single person can have access to reproductive health care.  She rallied the crowd with a call and answer: “Power to the immigrant woman, power to her children.”  “Power!” was yelled back.

Other speakers included: Joy Silver who is a Human Rights Advocate and the endorsed Democratic candidate for State Senator District 28.  She opened by saying “I’m a woman, I’m Jewish and I’m gay.”  She ended with: “We are in a fight for the heart and soul of America.

Deni Antoinette Mazingo, an attorney, is a candidate for Assembly District 42 spoke about how oppressors have historically separated women from their children.

Maziyeh Jehan a 21-year-old Muslim girl who is a political science student at Cal Berkley remarked that the Abrahamic faiths – Muslims, Jews and Christians –were supposed to be religions of peace and protection.

“A lot of these kids will end up in the foster care system,” said Sara Wolert, retired teacher and Palm Springs resident.  Wolert has worked as a volunteer for CASA – Court Appointed Special Advocates – who provide children with a safe and healthy environment, but was attending only as a concerned citizen.

Juvenal Estrada, an activist with a sign that could span a boulevard: “Immigration Reform Now,” said he was hoping to attend two more marches on Saturday – Bakersfield and Los Angles.

“Everyone has an idea about immigration, but we are looking for a resolution.  Let’s start now!” said Estrada with confidence and boyish charm.  Estrada is not an American and is hoping people in the States will pay attention to the Mexican elections taking place the same weekend.  He mailed in his ballot weeks ago.  Here legally, Estrada said, “We want the kids released.  We want reform and we want change.”

Standing in the shade of the park’s large trees, Claudia Simmons, a certified massage therapist and Palm Desert resident held a placard. “This administration is taking us back 100 years.  Everything we stand for, every aspect of society is at risk,” said Simmons [no relation].

Ally Bolour is an immigration attorney from Los Angeles and a Palm Springs registered voter. His family fled from the tyrannical government in Iran when he was four years old.

“I was too young to say or do anything then, but I can now,” said Bolour holding back tears.  “This issue is right in front of me.  It’s disgusting.  I will not be a silent participant.  If a society separates children from parents, that should set off alarm bells all over the place.”

The event was organized by Courageous Resistance of Palm Springs, an all-volunteer group that is funded by donations and is not a nonprofit.  The group meets the first Monday of every month at the Mizell Senior Center.