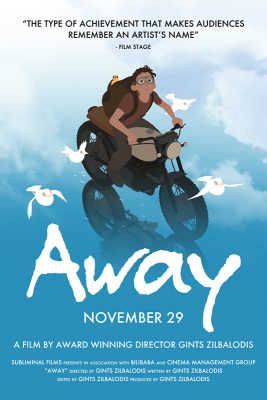 After a mysterious crash landing, a young boy wakes up alone on an exotic island.  A monstrous dark spirit is chasing him, although it’s unclear whether the spirit mans to help or harm the boy.

A motorcycle appears providing safe travel for the boy, and he makes friends with a local songbird who provides guidance.  Soon they are off on their own adventure, trying to escape the dark spirit, learn more about the mysterious crash landing, and uncover the truth of the exotic island.

This stunning first feature was written, produced, directed, scored, and animated entirely by award winning Latvian filmmaker Gints Zilbalodis.  Beautifully crafted over a period of more than three years from a previous short Zilbalodis had been working on.  The story, told without dialogue over a series of breathtaking backgrounds, is equally inspired by reality, dreams and waking fantasies. 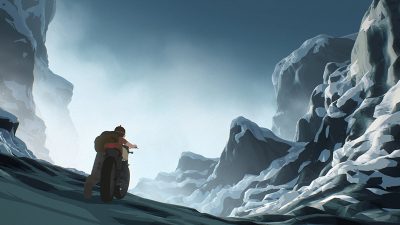 Minimalist and meditative, the film has no spoken dialogue but features an effective and evocative other worldly score blended with natural sounds.

This film, in tone and style, reminds of Michaël Dudok de Wit’s beautifully animated “The Red Turtle” and would make a nice double feature.  Recommended. 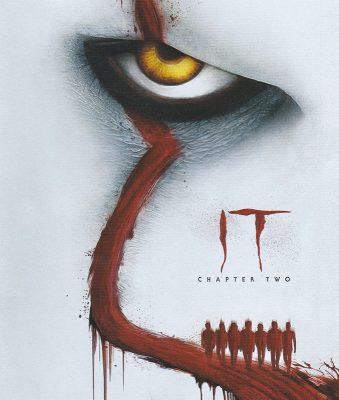 Evil resurfaces in Derry as director AndyMuschietti reunites the Losers Club in in a return to where it all began with this conclusion to the highest grossing horror film of all time.  Twenty-Seven years after the Losers Club defeated Pennywise (Bill Skarsgård), he has returned to terrorize the town once more.  Now adults, the Losers have long since gone their separate ways.  However, people are disappearing again, so Mike (Isaiah Mustafa) is the only one of the group to remain in their hometown, calls the others home.  Damages by the experiences of their past, they must each conquer their deepest fears to destroy Pennywise once and for all – putting them in the direct path of the shape-shifting clown that is now more deadly than ever.

This is a long film, (nearly three hours) that can’t decide if it wants to be a character study, a thrill ride or an outright horror story.  The generous extras are on a separate disc.  4K UHD.  Warner Bros. Home Ent. 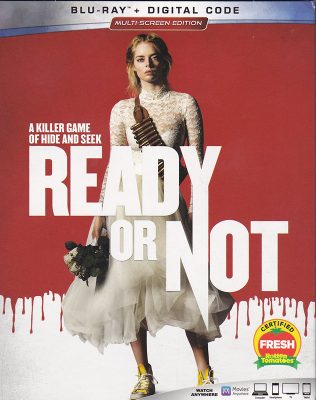 Not sure how to categorize this oddity.  Is it a satirical take on the horror comedy genre or something more substantial?

Samara Weaving stars as a newly wed who gets involved with her wealthy in-laws in their weird traditional wedding night game of hide-and-seek not aware that they (her in-laws) want her dead!

This sly movie is a fun chase thriller that offers a peek at the lengths some rich people (one-percenters?) will go to preserve their elite, privileged status.

Weaving is terrific as a smart and witty young woman who battles a bunch of buffoonish aristocrats in an ornate old mansion with a myriad of secret passages. 20th Century Fox. 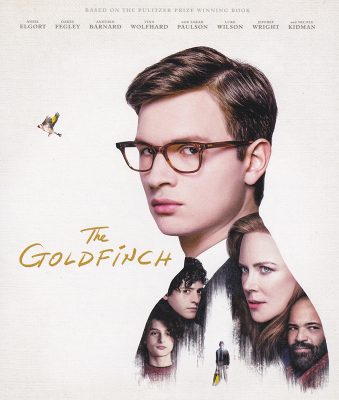 Director John Crowley’s adaptation of Donna Tartt’s massive (700 page) Pulitzer Prize winning novel is a beautifully wrought coming-of-age story that’s as intimate in its sustained emotion as it is in its sweeping design.  The film features a multigenerational cast led by Ansel Elgort (“Baby Driver”) and Nicole Kidman.

The last time 13-year-old Theo Decker saw his mom; she was gliding away from him into another gallery of the Metropolitan Museum of Art.  Seconds later, a terrorist bomb exploded destroying priceless pieces or art – and shattering Theo’s life forever.  The tragedy changes the course of his life, sending him on a stirring odyssey of grief and guilt, reinvention and redemption, friendship and eventually love.

Throughout the turbulent years, as he grows into adulehood, Theo (Elgort) secretly clings to a single, precious object – his one tangible connection to the mother he lost on that terrible day – a priceless painting of a tiny bird chained to its perch.  The Goldfinch.

Extras include: “The Goldfinch Unbound,” “The Real Goldfinch,” and or 16 minutes of deleted scenes with commentary from director Crowley.  Recommended.  Warner Bros. Home Ent.

I like hearing from readers and fellow movie lovers.  robin@coachellavalleyweekly.com