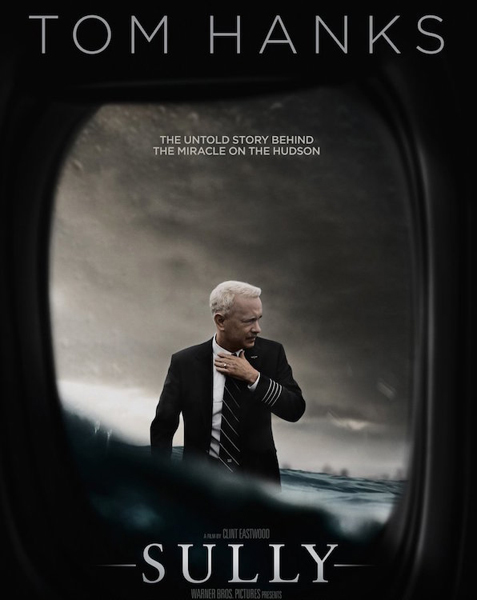 Clint Eastwood’s 35th feature film as a director is a thrilling, taught, tense and swiftly paced tribute to a modern, self-effacing hero. Tom Hanks is perfectly cast as airline pilot Chesley “Sully” Sullenberger, who successfully landed an Airbus A320 full of passengers on the Hudson River. The story is slight, but the thing that makes it especially compelling is that Todd Kormarnicki’s screenplay tells the personal side of the widely told story that is not so well known. It’s a shock when the National Transportation Safety Board questions Sully’s decision to land on the water. The expertly crafted film visualizes Sully’s doubts and nightmares regarding his bold but traumatic experience. He fears that had he turned back to LaGuardia (as the NTSB suggests) he might have crashed into the skyscrapers of Manhattan – and, in a terrifying opening sequence we see what that not so unrealistic fear might have looked like! Hanks is a fine surrogate for the heroic pilot. It’s also the kind of roll a younger Eastwood might have embraced. This no-nonsense tribute to an everyday hero is great entertainment and does the story justice. It reminded me of the kind of characters Jimmy Stewart or Henry Fonda played in another era.

The actual landing and the plight of the passengers exiting into the icy waters to find footing on the plane’s wing is beautifully realized and eye-popping. It’s the money shot and worth the price of admission. Recommended. See it on a big screen at D’Place Entertainment – Mary Pickford Theater in Cathedral City. 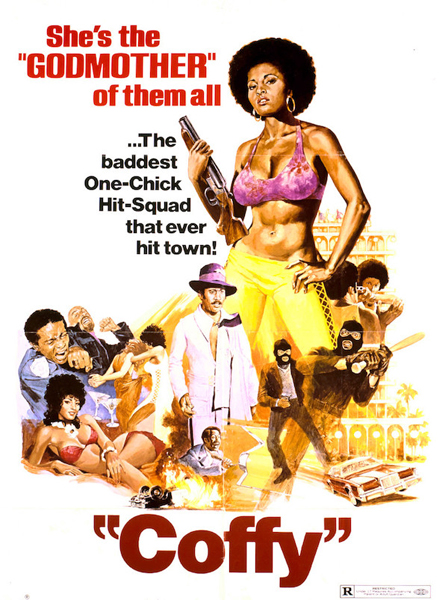 Voluptuous Pam Grier (“Foxy Brown,” “Jackie Brown”) stars as Nurse “Coffy” Coffin in the mother of all Blaxploitation films. Coffy has seen the ill effects of drugs up close, but it isn’t until her little sister becomes addicted to heroin that she finally wages a one-woman battle. Disguised as a prostitute, Coffy goes on a killing rampage, at first going after street dealers and pimps such as sleazy King George (Robert DoQui), then gradually working her way up to bigger honchos. She’s shocked, however, when she discovers that her politician boyfriend (Booker Bradshaw) is involved.

Coffy morphs into one-woman vigilante force that evens the score with those that have hurt her sister. Using her substantial feminine wiles (along with an arsenal of deadly weaponry), cleans the streets of low-life drug dealers, pimps, deviants and society’s scum in writer/director Jack Hill’s the kick-ass action film. Booker Bradshaw and Sid Haig co-star. I was hoping Fred “The Hammer” Williamson might also make an appearance. But no such luck. Olive Films. Blu-ray. 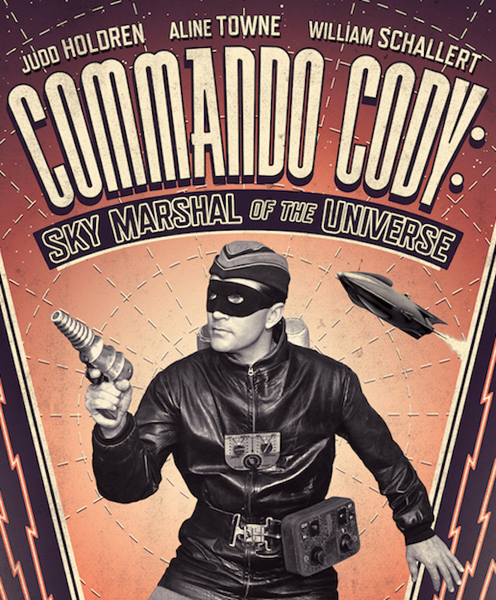 A debate exists among serial purists (yes, they exist) about whether this title can be considered part of the serial canon since it was originally intended for a weekly television series. It’s premiere, however was as a weekly theatrical serial in 1953, with its final showing on TV in 1955. Episodes do not end with the traditional cliffhanger, but they do share many other themes and even characters in common with the canonical serials. In fact, “Commando Cody: Sky Marshal of the Universe” can be considered as a prequel to “Radar Men from the Moon,” in which the titular character first appeared. According to rumor, the character always wore a mask because producers wanted the actor playing him to be more disposable.

The big pleasure here is not just the 12 pulse-pounding chapters (that’s six hours of glorious black & white photography, the often recognizable locations, the costumes, retro sci-fi props, vintage vehicles (was that a 1953 NASH Rambler police car?), the low budget but cool effects, the non-stop action, explosions but also the unfiltered exuberant plotting so Commando can save the world from certain destruction. It’s easy to see inspiration here for both “The Rocketeer” and “Iron Man. Look for B movie actor Lyle Talbot in a small part befitting his minor role as a Hollywood player. The hi-def transfer is exceptionally clean and crisp and the audio is sharp. If you are nostalgic for the great Republic serials, this is your ticket to an altered state of bliss. Recommended. Olive Films. Blu-ray. 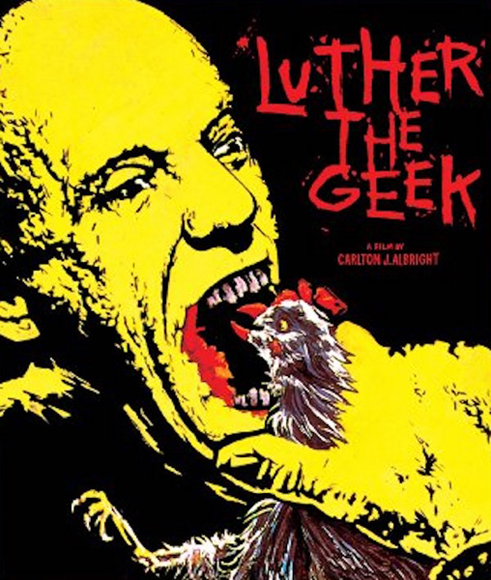 Originally released by Troma Entertainment, this cult horror classic tells the stomach-churning tale of obsessed carnival fanatic Luther the Geek (Edward Terry) who transforms into a head-biting maniac after his teeth are replaced with razor-sharp dentures. Vinegar Syndrome specializes in restoring cult classic horror titles. Their name derives from the distinctive aroma that wafts from film canisters that contain vintage disintegrating film stock. Generous extras round out this fringe treasure perfect for a bloody Halloween. Vinegar Syndrome. DVD.