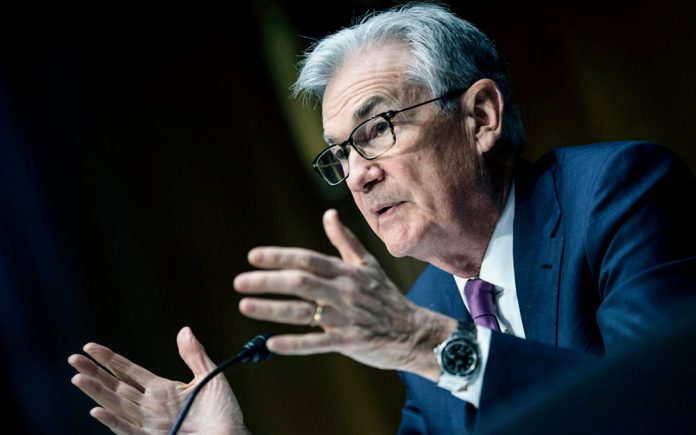 After its board meeting last week, the Federal Reserve announced that it was increasing the Federal Funds rate from by 0.25% to 0.50%.  At the same time, Federal Reserve Chairman Jerome Powell stated that the Fed was on course to announce additional 0.25% increases at each of its next seven meetings.  Added together, these expected increases indicate that the Fed Funds rate should be 2.25-2.50% this time next year.

On March 21st, Powell spoke at the National Association for Business Economics and said, “If we think it’s appropriate to raise (rates by 0.5%) at a meeting or meetings, we will do so.”  Powell added, “If we determine that we need to tighten beyond common measures of neutral and into a more restrictive stance, we will do that as well.”

FedSpeak interpreters tell us that Powell is saying that the Fed is intent on increasing the Fed Funds rate to a ‘neutral’ rate of 2.50%.  Given that the real inflation is closer to 15% than the official 8%, Powell is essentially telling us that rates will go higher if inflation remains persistent.  The real inflation rate includes things like food, gas and housing.  The official rate excludes all sorts of things. For an example, when Apple came out with the iPad, the inflation rate was adjusted to a lower number as this device made people more efficient, which serves to keep a lid on inflation (although you can’t eat it or use it to power your car.)

As a rule of thumb, always double government statistics like the inflation rate or unemployment rate as the official numbers do things like eliminate key costs or excluding people who are unemployed for more than six months from unemployment statistics.

Where the equity markets rallied after the Fed rate hike announcement on March 16th, comments by Powell on Monday the 21st led markets to price in additional rate increases.  If market price adjustments are correct, we may see Fed Funds rates of between 3% and 4% before this period of rate increases is over.

Without the Russian invasion of Ukraine, most saw 2022 as a year of strong economic growth globally as COVID restrictions eased with the decline of the virus’s virility.  Today geopolitical tensions have Europe looking at a recession, China dealing with economic slowdowns due to the rise in COVID due the ineffectiveness of its vaccine and problems caused by China’s tacit acceptance of Putin’s war.  It seems like a tall ask to believe that the Fed can fight back inflation while inflationary pressures are exacerbated by the armed conflict and economic slowing that happens because of it.

In truth, the increase is the Fed Funds rate is window dressing when we think about the potential impact of the Fed reducing its $8.9 trillion balance sheet.  As a reminder, the Fed has been buying government bonds since the start of the pandemic to create increased liquidity that kept equity and bond markets flush with cash.  These bond purchases continue to this day as the Fed bought an additional $25 billion in bonds during the week of March 16th.  Powell states that they will begin reversing this purchase activity over the summer.

So what does all this mean to you?

First, expect the cost of fuel to stabilize at these high levels.  Remember that the summer fuel blend is coming in two months which always causes prices to go up as the fuel blends need to add an extra molecule of oxygen in its creation.

Food prices are likely to continue to increase as disrupted grain supplies from Russia and the Ukraine impact global food supplies.  Proteins are expected to see the greatest price increases.

Housing prices should begin seeing weakness.  The Great Migration that has occurred as people relocated due to more work from home should slow as the economy weakens due to higher costs and the expected decline in business volume that this will cause.

Like most things, the impact of higher prices will be felt most amongst those with the least.