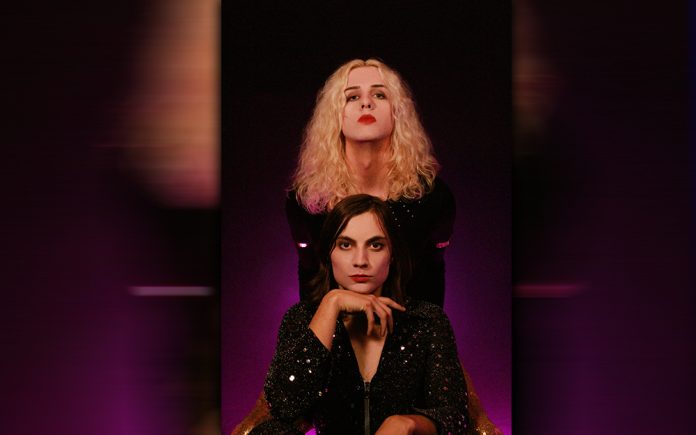 Although they are all very young guys in their 20s, this local rock and roll band is bringing in a relative wealth of experience as musicians and performers. Founding members, Danny Graham (lead vocals, guitar and songwriter) and Joshua Adams (drums, vocals, general writing and production) have literally been rocking out together in one form or another since they met in their Apple Valley Elementary School. With two new band members, shows booked throughout the new year and the release of an album 5 years in the making, Fever Dog is catching a new wind and a prideful renewed energy on their musical journey. I sat down with Danny and Josh to chat about the new album, where they have been and where they are heading.

CVW: Okay guys, to be perfectly honest, after seeing you guys around in recent months at shows in Sky Valley and Dale’s Records in Palm Desert, I originally assumed that you were new on the scene. Then I found out that I was mistaken and this is really more like a comeback because you guys have been recording and performing in the desert for quite a few years now in different forms. Let’s just start with the history of Fever Dog. 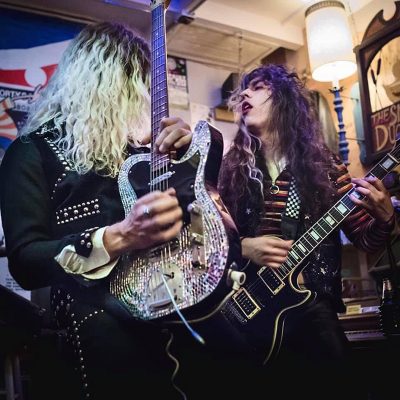 Joshua: “So, I met Danny somewhere around my tenth birthday. We went to school together and were boyhood friends. We had a mutual friend from the schoolyard who had some instruments and that’s sort of how we got started. We’ve been playing in the same band together for over 15 years, I guess.”

CVW: Were you guys friends who both happened to play musical instruments or did you guys decide to do that together?

Joshua: “I had been playing guitar a little bit and I always loved records and stuff before I met Danny and I know he was pretty much the same.”

Danny: “When I met Josh I was taking guitar lessons. It was my first and only year that I took lessons.”

CVW: So, basically you both were already interested in music and became friends and it went from there?

Joshua: “Even less than that… I think it was like, one day at school one of us was wearing an AC/DC shirt or something, or maybe we were just wearing the same band shirt and spotted each other and it’s like, ‘Boom!..friends for life.’”

Joshua continues: “I guess before we were really playing instruments together we were just hanging out and listening to records. Eventually we decided to put our money together and order a drum set. We decided I would be on the drums and our other friend was on the bass and that was it. We all kind of taught each other for years.”

CVW: Let’s fast forward…You guys clearly have a specific style…a glam-rock aesthetic going on right now that I love and really seems to be working for you.

Joshua: “That hasn’t always been our thing. We’ve been a band for a long time now with different lineups…we’ve made…(turns to Danny) How many records have we made together? Six in total?”

Danny: “Yes, two as Fever Dog, officially and then we made two as Snot Rocket which was our first band when we were like twelve.”

Joshua: “Oh, the album has a tank on the cover and all kinds of twelve year old stuff. That stuff is out there.”

CVW: So you were making and recording music when you were little kids. How did you pull that off?

Joshua: “With a lot of help and support.”

Danny: “My dad was in a band so we pretty much used all of his resources and connections to get out there and make it happen.”

Joshua: “But, to answer your question, we were playing a lot of gigs. A lot. As kids, but also into our adulthood as Fever Dog. We’ve gone overseas and all that. So, when we came back, before we started making this new album around four years ago we just kind of decided that we were burnt out on wearing dirty t-shirts and I don’t want to necessarily use the phrase, ‘Stand out,’ but, I just think that a lot of people play it safe, you know? We have been playing for so long that we have kind of paid our dues and have earned the right to be a little spectacular. People say we’re ‘Glam’ and stuff but, I don’t think we are nearly as glam as I can see us being.”

CVW: If you had the budget for it?

Joshua continues: “We have been silent for so long. We had a bit of a following a few years ago and then kind of fell off and had some lineup changes so when we decided to come out with our new album, we chose to really make an entrance again.”

CVW: So what about the 5 year hiatus you have been on?

Joshua: “It was a mix of things. We lost a member…then we began making the album by ourselves. I was producing it and doing all the engineering in our home studio that we built over the years…so it was really new to us. It was just Danny and me kind of in an echo chamber. I think recording, mixing and making the album took one year but learning how to do it was four years. And we re-did it a bunch of times. It was just Danny and me by ourselves without any outside influence or anything.”

CVW: I would think that after a while of that you might start losing perspective?

Joshua: “Yes, for sure. Not only that, but in producing this new album, we were trying to fill in the vacant spot left by our friend Nathaniel…our original bassist who left so we were constantly having new bass players and keyboardists, etc. We were trying to fill in the void. We would get a new guy, bring him up to speed, teach them the album, then they would quit. Over and over. We really didn’t know what we were doing.”

CVW: So you were recording and trying out new band members, recording, etc. Then the pandemic hits.

Danny: “We actually picked up Quanah Lienau, our current guitarist during the pandemic. He is from the band Facelift and we already knew him but, because of the pandemic it was all pretty much agreed upon through a Facebook chat. Then as a trio we just kept trying out bass players in an effort to complete our situation and it was fun for a little while but got old. Then we found Jaxon and it was immediately perfect.”

Joshua: “I don’t think we would be a band without Jaxon right now.  I had been following his other band, Instigator and thought they were really awesome. I didn’t even know Jaxon. But, for some reason, something in my mind said, ‘Ask him.’ Then I thought, ‘Never in a million years is he going to want to do this.’ The timing was perfect. Once he signed on, it just fell into place.” 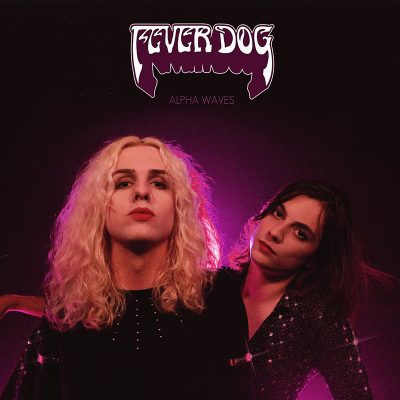 CVW: With your new album, topped off with your new lineup, do you feel as though you have a renewed energy with what you’re doing now?

Joshua: “Yes. I say this all the time to the guys…I feel the way that we felt in High School…with that energy and that drive and inspiration with the original three guys that was lost for a while. Finally, I feel like we have it back again.”

CVW: I usually save this last question for musicians who are older than you guys but you two have been around the block a couple of times and learned some lessons so here we go. If you could go back in time and talk to the children that you once were about making music, what would you say to yourself?

Joshua: “I would say, make your records the way you want to make them. Make the kind of music you want to make. We made so many recordings over the years that were for some weird, invisible pressure that we thought we had to listen to. I think that over the tears that made us very shy from showing people what we really thought was badass and cool. We are only newly coming out with the new act that we call, Fever Dog. It’s already resonating with people. It’s what people care more about than anything else. More than the mix and production. I think they mostly care that you’re really being yourself. That’s what we’re doing now.”

To check out Fever Dog Merch and shows, check them out on

Special Exclusive color vinyl options will be available at gloryordeathrecords.Bandcamp.com nov5th at 10:00am.