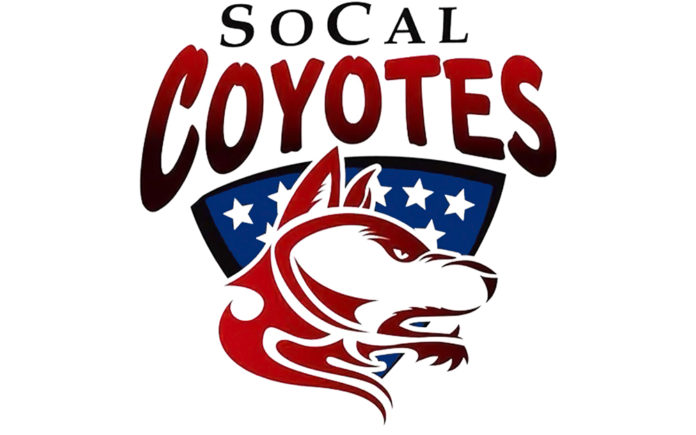 Few professional sports organizations have more passion for their community than the SoCal Coyotes. Not content with just winning championships, this non-profit leadership organization has become a powerful force for good in the Coachella Valley.

On the field, the five-time champion Coyotes have been named America’s #1 Developmental Pro Football Program™  by NFL executives. Off the field, the faith-based Coyotes equip, educate, and empower more youth each year than arguably any other Coachella Valley non-profit in history.

On Friday, December 15, The Big Rock Pub will host the Big Rock – Coyote Classic at Indian Springs Golf Club to benefit this non-profit’s massive valley outreach. This includes the Coyotes award-winning ‘Above the Line’ leadership curriculum, camps, clinics and symposiums, which affect more than 30,000 youth each year.

Military veterans, politicians, prominent businesses like Merrill Lynch, and former NFL personalities are among the Coyotes growing army of supporters. Many will be on hand for the 18-hole charity tournament and silent auction, which includes a coveted Rolling Stones-autographed guitar.

“The Coyotes see youth as our most precious resource,” says Joel Williams, who played for the Miami Dolphins, and served as program director of the National Football League Players Association.

Now a Coyotes board member, Williams says “we believe if young people are given opportunity, useful knowledge and skills, have their voice heard, and discover leadership, they will have a positive impact in their communities, and society.” 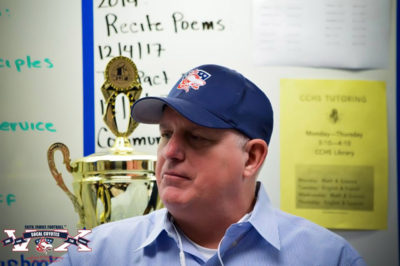 On the field, the Coyotes have no peers. There is no second sentence. In 2017, SoCal shut out opponents 349-0, their third undefeated season. Under head coach J David Miller, the Coyotes are 80-13, and currently riding a 27-game win streak that dates back to 2015. The streak includes wins over 11 previously unbeaten teams, five league champions, and four Top 10 nationally ranked teams.

Now the national standard of American developmental football, the Coyotes advance more players to NFL, CFL and Arena opportunities than any program in the country. Each year, the team provides elite athletes a professional environment that refines and showcases their skills through trademarked processes, similar to the NBA’s D-league and MLB’s minor-league systems.

For their players, the Coyotes are a ‘conveyor belt to manhood.’ Talented athletes pour in from around the country for the opportunity to ‘Defend the Shield,’ which the Coyotes describe as ‘faith, family, football.’

Talent alone, however, is no replacement for leadership in the Coyote organization. The administration takes their mantra of ‘Building Champions, Building Men’ seriously.

Players are held to the highest levels of accountability, says Athletic Director Robert L. Cummings. This includes a strict code of conduct, and learning employable skills that meet the team’s job requirements.

“A man with a job is a man with a future,” says Coach Cummings, himself a 26-year Army veteran. “In this organization, we believe character is who you are when no one’s looking.”

Aside from football, the Coyotes guarantee every player will emerge a better father, a better husband, a better man. Make no mistake, football is merely a platform for the Coyotes to change hearts and lives, their real mission since 2012.

The Impact of Coyotes ‘Above the Line’ Youth Initiatives

The Coyotes don’t measure leadership by stockpiling championships – but by how many young people they can take with them.

From Palm Springs to the East Valley, SVP Ron DiGrandi coordinates the team’s dynamic ‘Above the Line’ leadership programs, which are administered in area elementary, middle and high schools by Coyotes players and staff.

Educators from dozens of desert schools praise the Coyotes ‘Above the Line’ and strategies, which reinforce respect for authority, time management, and even making your bed to start your day. Schools as far as Colorado are now requesting their curriculum.

Tireless civic champions, the Coyotes not only mold and motivate, but also walk their talk. The non-profit organization supports dozens of local causes, and host events for at-risk, unprivileged, minority and displaced youth.

The Shield at 1 Coyote Way

As the Coyotes grow their brand, they plan to change the landscape, too. Team officials are proposing The Shield at 1 Coyote Way, a world-class, multi-purpose stadium facility that will be a “beacon of hope, and a centrifuge of opportunity” for every valley child.

Watkins Landmark Construction, which did the $100 million expansion of the Indian Wells Tennis Garden, are Coyote corporate partners and part of the development team. The Shield will feature festivals; pro, college and high school sporting events, including football, soccer, and boxing; concerts, conventions, cheer-leading, and a multitude of other indoor events, from equestrian competition to weddings.

Plans call for The Shield and its commercial district to generate 2,000 local jobs, with labor income of $3.8 billion in direct, indirect and induced economic output over 20 years.

Included in The Shield will be two public-use fields and common areas; public-use training facilities and amphitheater; and a fresh vegetables farmer’s market, which will complement local Coachella Valley agriculture.

‘How Do I Get There From Here?’ 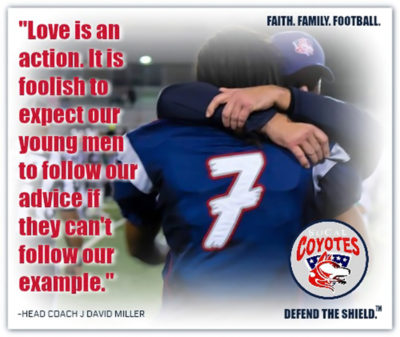 “We bear the burden of every player and child who deserves to be heard, who deserves a career flight path, and who deserves an answer to the simple question of ‘how do I get there from here?'” the coach said.

California State Senator Jeff Stone and Indio City Councilman Glenn Miller are vocal Coyote advocates. They have watched the Coyotes meteoric rise as one of the nation’s fastest-growing sports brands. With nearly 20,000 Facebook followers, the Coyotes and their success has been featured in national media around the country, including ESPN and The New York Times.

“The Coyotes are one of our greatest role models for youth,” says Councilman Miller, who in a formal proclamation, counted the Coyotes among the City of Indio’s “patriots and game-changers.”

“The Coyotes are carrying on our great traditions, especially the building of youth, and new generations of leaders and community servants,” he said.

The Big Rock Pub invites you to kick off your Christmas holiday at Indian Springs Golf Club on Friday, December 15, with 18 holes of golf, a silent auction that includes a Rolling Stones-autographed guitar and an evening of live entertainment – with proceeds benefiting the SoCal Coyotes non-profit organization.

The Big Rock Coyote Christmas Classic opens at 11 a.m., with shotgun start at noon. I-10 Toyota will give away a free car for a hole-in-one, with more prizes for closest to the pin and longest drive. Participants will enjoy all-day happy-hour prices from the award-winning Big Rock menu. The day will end with a silent auction featuring rock ‘n’ roll memorabilia and a fun-filled evening of live entertainment.

Golf foursomes are $400, while Individual Play is $120. Remaining corporate tee sponsors are $150. To reserve your spot immediately, email Corey Milbrandt, Indian Springs GM and Director of Golf, at corey@indianspringsgc.com, or call 760.200.8988.