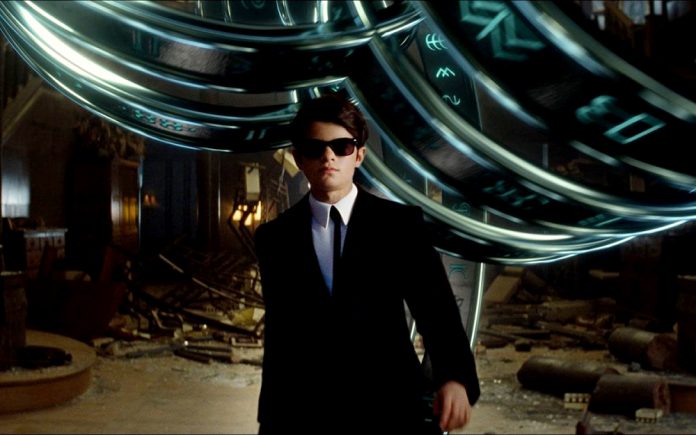 It’s so disappointing, and frustrating, to be in a position to find, watch and share new movies during this time when we need movies more than ever, only to realize the movie under discussion is a fail.  And that’s not just my opinion.

Rotten Tomatoes gave Artemis Fowl the lowest rating of any film appearing on the new and popular streaming site Disney+. 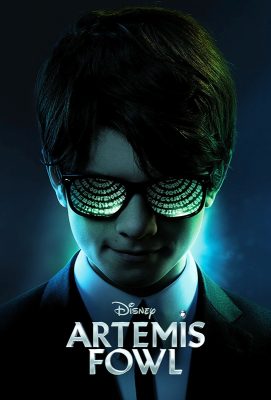 The trailer for this film gives the false impression young Artemis Fowl (Ferdia Shaw) is a Harry Potter-llke hero.  But this assumption couldn’t be further from the truth of the narrative – as confusing and convoluted as it is.  Artemis is a know-it-all whereas Harry is an innocent on a journey who becomes a shade darker as a result of his experiences.

The movie was announced in 2001 back when Harry Potter was peaking as both a literary and cinematic phenom.  The film started shooting in 2018.

Irish author Eoin Colfer’s eight volume series is about a precocious boy who discovers he’s living in a magical dimension of fairies, dwarves and elves that share a parallel existence.  The books are about a villainous prodigy who wages war with weaponized fairies.

In the movie, Artemis is not really a villain but is merely another superkid trying to rescue his dad.

The screenwriters ( Conor McPherson and Hamish McColl) rely on the first two volumes for plot points.

The tale is mostly told, literally, by Mulch Diggums (Josh Gad), who we quicly larn is an unreliable narrator.  But this device does not clarify the confusing plot threads.

There are a number of changes from the books in Branagh’s lush-looking film.  One big change is one of gender.  Judi Dench plays Commander Root, the leader of the Fairy Police Force Lep-Recon.

Director Branagh said the changes made in the source material come with author Colfer’s blessings.  But fans familiar with the book, may not recognize the film as the story they love.  Gone are the edgier elements like the tougher dialogue or as one critic put it, “where’s the anarchist wit and the psychopathic avarice?”

Artemis Sr. is an antiquities dealers accused of stealing ancient artifacts for his own secret experiments.  A scholar of Irish legends – especially leprechauns, banshees and goblins, he’s passed the legends and myhths to his son, training him in the waya of thaty world, but at age 12, he’s a skeptic.

But all that changes when dad disappears from his giant yacht in the South China Sea.  The raspy voice on the Fowl manor phone line belongs to shadowy female fairy who demands that Junior find the Aculos, a powerful and dangerous device in exchange for his dad’s safe return.

That’s when young Artemis realizes that the tales his dad’s ben telling are true and that the fantasy worl exist in a city at the center of the earth, and it’s inhabitants driven underground by humans in a battle eons earlier.  Bla bla bla…   Streaming now on Disney+

This film has a great look, Branagh is a gifted director (Thor, Hamlet, Cinderella) especially when it coms to composition.  His films have an elegant and convincing look and the beautifully crafted worlds seem lived in.

A disappointment.  Even for pre-teens.