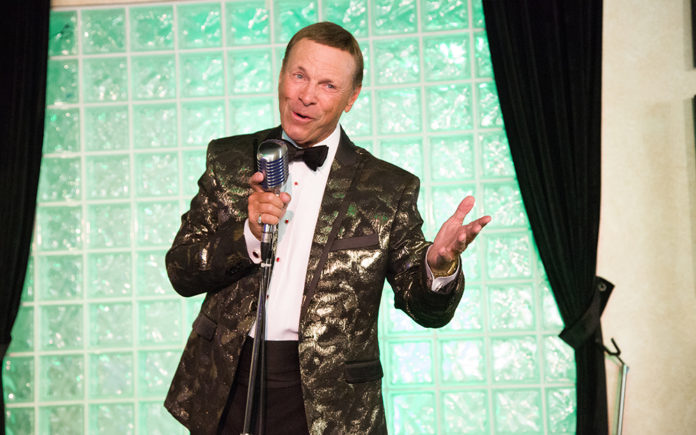 One of my favorite desert entertainers is Frank Di Salvo. His super friendly demeanor and uncanny resemblance to Frank Sinatra combined with a variety of talents have made him one of the deserts top entertainers. Frank has a long running show at Indian Wells Hotel in the room named after him, Frank’s Place. Frank sings and performs his sell out show for the locals and out of town guests every week. His first set is the classic standards from Frank Sinatra to Rack Pack pals Dean Martin and Sammy Davis Jr. He includes some Nat King Cole tunes as well.

In the second set it’s a whole new kind of music with Frank on guitar doing Blues to Chuck Berry. It’s a fun show.

In talking with Frank he expressed that he’s looking forward to reinventing himself next season with a live band. He loves to play the guitar and has been a commercial guitar player for 53 years. His passion is still for the guitar.

In addition to performing he’s been a guitar maker for the last 52 years. His website http://www.disalvoguitars.com/ showcases the history of that business. He currently has 8 guitars in different states of completion. He joked that the hardest part is letting go of them. He doesn’t plan on starting anymore (right now) but he says when he gets a picture of one in his mind he just has to create it. 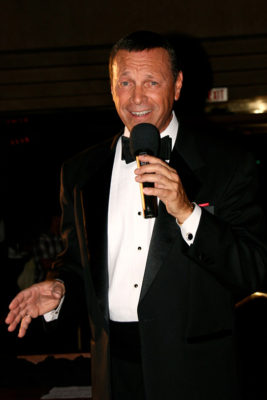 Frank reached out to me over an invitation that he received to perform a song he wrote for the Trump campaign at Mar a Lago. He was delighted to receive the invitation.

His friend Ed Gerney had called Frank to have him write music to the lyrics that he had written. They wrote a song for candidate Trump called “We’re Going to Make America Great Again”.  When Frank read the lyrics he immediately heard the tune in his head. He went into the studio and recorded it.  They then set out to get it introduced to the campaign.

A friend introduced him to Toni Cramer (who knows the President) and sang her the song. She loved it and helped him market it to the campaign. Sadly it was not chosen however, Toni threw a one year anniversary party at Mar a Lago and invited Frank to perform the song live for the 800 guests. It was a big hit. It was a great night for Frank as you can imagine. He had his picture taken with notables including Robert Davi and Judge Jeanine along with his lovely bride Addy.

You can catch Franks show at Indian Wells Resort Hotel, 76-661 Highway 111 in Indian Wells on Friday and Saturday evenings from 6 to 9 pm. Reservations are recommend since he sells out every night.

Patte Purcell is a jazz promoter. Her next event is a private party for the cannabis industry on Monday March 5 in Palm Desert. Call ‘A 420 Jazz Soiree’ it features 3 national acts. To get on the invitation list text your name and email to 1-702-219-6777.