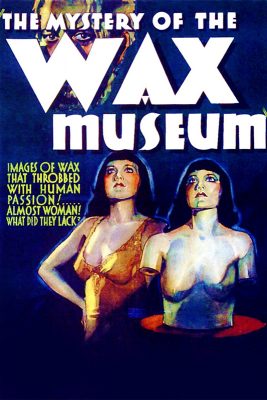 With no date set for local SoCal theaters to re-open, and streaming/bingeing in full swing, here are the top 10 recent theatrical films available for home viewing through April if you have not already seen them:

But in spite of the wealth of mainstream titles, many film buffs are digging deep into various archives of vintage film distributors for fun titles that may not be so widely known by the many movie buffs (aren’t we all?) sheltering at home.

Warner Brothers has a vast inventory of 1000s of hard-to-find titles, including many older but new on (print on demand) Blu-ray and 3D transfers.  For more info, go to: https://www.warnerbros.com/collections/warner-archive/

Here are two titles now available for online purchase that may divert and engage during this crazy time.

Filmed in the early two-color Technicolor® process but considered a lost film for decades until a well-worn print was discovered a little more than 50 years ago. Now, thanks to the meticulous new restoration presented on this disc, the film can now be enjoyed in its original horrific splendor.

Bodies are mysteriously disappearing all over town, and a new wax museum has just opened. Is there a connection? But of course! In this horror classic, Fay Wray (King Kong’s girl friend) stars as the intended next victim of a mad wax sculptor obsessed with her resemblance to one of his prior creations. Glenda Farrell plays a quintessential wisecracking newspaper reporter, and noted actor Lionel Atwill is the deranged artist who loses his studio to a fire set by his partner.

Matthew Mallinson’s action packed martial arts film stars Adolph Caesar as TV Anchorman to the 1979 World Karate Championship, where martial artists from all over the world compete at Madison Square Garden hoping to claim the title of “Successor to the Bruce Lee legacy.”  The film begins with Caesar speculating that Lee was killed as a result of the “Touch of Death” method that’s believed to be an element of the secretive “Vibrating Palms” technique. 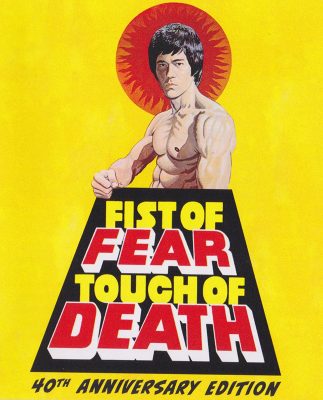 Featuring stars Ron Van Clief and local Palm Springs resident Fred “The Hammer” Williamson, the film combines combat scenes and archival footage fro the legend himself, Bruce Lee, to tell the “Bruce Lee Story,” before returning to the championship where the ultimate question will be answered.  Could any martial artist be worthy of the Bruce Lee legacy?

By 1980, the Bruceploitation boom had already peaked in Hong Kong, Jackie Chan and Sammo Hung had their breakout hits playing care-free bumblers while choreographers like Yuen Woo-ping popularized overtly acrobatic action that was far from Lee’s trademark minimalist fighting style.  Within a few years, filmmakers like Tsui Hark and John Woo would embrace and promote cutting-edge American-influenced action movies that buried the Shaw Brothers, Hong Kong’s once dominant purveyors of “kung Fu flicks.”

None of these developments made waves in the USA where martial arts cinema was soon to be defined by the likes of Chuck Norris.  In 1980, Lee was the only Asian name that carried much weight in America, which is why Aquarius released a generic South Korean martial arts movie under the title “Bruce Lee Fight Back From the Grave.”  Aquarius added a 30-second prologue that showed lightning striking Bruce Lee’s grave.