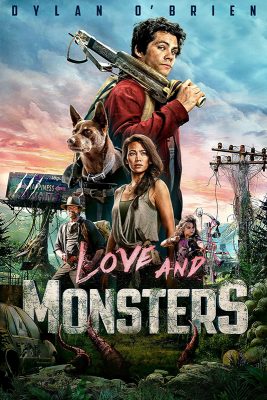 This is the rarest kind of movie these days: An immensely entertaining and hugely imaginative, imaginative, emotional, modest budgeted yet genre-mashing action-adventure that satisfies.

Set seven years after the Monsterpocalypse, Joel Dawson (O’Brien), along with the rest of humanity, has retreated to living underground when giant creatures took control of the land. Reconnecting over the radio with his high school girlfriend, Aimee, who lives 80 miles away at a coastal colony, Joel begins to fall in love with her again. When Joel realizes there’s nothing left for him underground, he venture out to Aimee, despite all the dangerous monsters that stand in his way.  But trues to the old saying, “love always finds a way.”

This obscure film you have probably never heard of, is worth finding.  Trust me on this.  Paramount. Blu-ray. 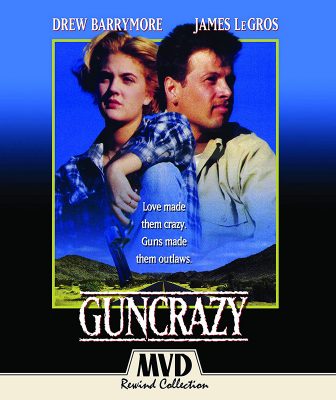 Since Anita Minteer (Drew Barrynore) was nine, every man she ever met has wanted only one thing.  But when she becomes pen pals with imprisoned convict Howard Hickock (James LeGros), she gains self-confidence and sees a possible escape from the torment of her everyday life.

Howard’s infatuation with guns drives anta to them as well.  But with this newfound strength in her hands, she murders her sexually abusive guardian.  Now with Howard out one parole and the cops on her their trail, there can be no turning back.  In the style of the real Bonnie and Clyde, this surprisingly satisfying little film unblinkingly tells the story of two young lovers on the run from the law.

Generous and fascinating extras include a director’s commentary and 5 behind-the-scenes/making-of featurettes.

Although sharing the same title, this is not a remake of great 1950 cult classic film noir by Joseph Lewis that starred Peggy Cummins and the always-grinning John Doll.

Executive produced and hosted by Oscar® Winner Jordan Peele (Get Out), the CBS All 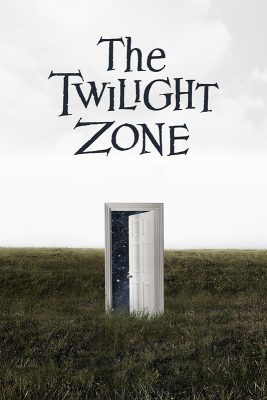 Access original series second season arrives in a three disc (DVD) collection that features all 10 twisted and — in a few instances —  mind-boggling episodes of the sophomore season, including “Downtime,” which was written by Peele, and “You Might Also Like,” hailed as a “pure masterpiece” (Indie Wire).  Plus, bonus features include exclusive deleted and extended scenes and a gag reel.  Season Two will also be available on Blu-ray  via MOD (Manufacture On Demand) at a later date.

Originally airing in 1959, the iconic show created and hosted by Rod Serling transported viewers into another dimension not only of sight and sound, but of mind.  A worldwide phenomenon, fans were sent on a journey into a wondrous land of imagination, and the series continues to be an inspiration for pushing the boundaries of  storytelling.  As an innovator of genre programming, TZ explored humanity’s hopes, despairs, prides and prejudices in perspectives that are underserved in conventional television.

A modern reinvention of the classic TV series, TZ S2 continues the legacy of socially conscious storytelling.  Using introspection and self-exploration in the second season, viewers are ushered into a dimension filled with endless possibilities.

The new TZ series, has its moments, especially in the quality of the effects, but it is not in the same league as the original.  Not sure why the box art seems to show an abandoned outhouse left in a field.  CBS/Paramount.  DVD.