Comic books and the culture that creates, expands and nurtures a modern mythology that satisfies our craving for heroes that can solve or at least confront issues on our real, pre-apocalyptic (my term) planet are finding huge acceptance — and gargantuan profits — on the big screen in stunning movie adaptations of extraordinary craftsmanship.

I get letters from mostly adults (?) asking for simple plot explanations of the often-complex storylines.  I assume these writers are not up to speed on their comic book superhero lore and have little or no emotional investment in the admittedly engaging, colorful and larger than life characters beyond Batman and Superman.  They want to know if the new super hero movies can be enjoyed by those who are ignorant of the relevant back stories or have not seen previous iterations of the DC or Marvel film franchise (if that’s even possible in today’s world).  My simple answer is a big, bold yes, but with this caveat: it helps to know a minimal amount of the hero’s bio.

Two “comic book” films currently playing up the ante not only for dazzling production values but also for tapping into meta themes that resonate with our fragile, fractured and dangerous global zeitgeist. 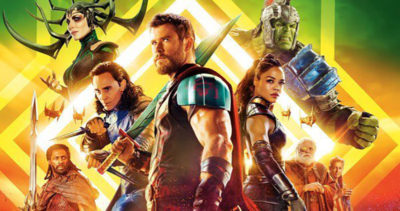 Dancing on the edges of being a flat out comedy, this hugely entertaining and unexpected take blends traditional, and classic Thor mythos with contemporary tropes that include dysfunctional family issues and a deadly sibling rivalry.

Thor, you may remember, is the Norse god of thunder.  He is mainly known for his hammer and flowing locks.   Ragnarok is literally translated as “the final destiny of the gods.”  In the brief time since it’s premier, the movie has struck a nerve with a global audience raking in more than a half a billion dollars!  So clearly, there’s something here that connects with our human concerns and fascination.

The plot has Thor (Chris Hemsworth) trapped in an alien realm fighting a deadly and spectacular fight with the Hulk (Mark Ruffalo), his former avenger ally.    The desperate struggle for survival sends Thor on a race against time to prevent Hela, the goddess of death, (a wonderful Cate Blanchett), from destroying his home world and the entire Asgardian civilization.

Spoiler alert: Thor gets his locks shorn and loses his hammer.  I know, that sounds like a “Leave it to Beaver” episode, but like the beloved TV show, there’s a moral to the story.  Along the way, Thor discovers that it’s not one’s costume, weapon or hair that makes a hero.  Now showing at refurbished DPlace Entertainment, Mary Pickford  14.   Recommended. 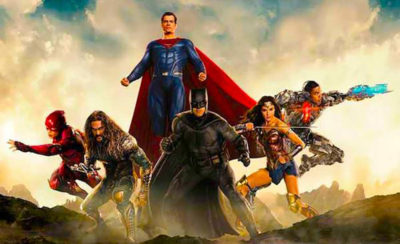 The main plot has Bruce Wayne, with the help of his new ally Diana Prince, recruiting a team of meta-humans to fight a new threat.  But despite this incredible team of super heroes, it may be too little too late to stop an assault of apocalyptic proportions. 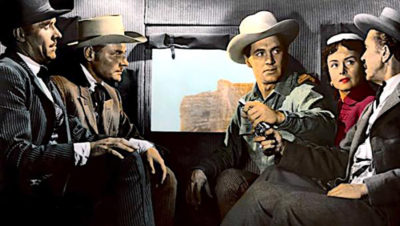 After a stagecoach hold up, Frank Slayton’s notorious gang leave Ben Warren (Rock Hudson) for dead and head off with his fiancée (Donna Reed).  In fact, Warren is very much alive.  He sets out after the men who tried to kill him (Philip Care, Neville Brand and a young Lee Marvin).  He follows them and tries to get help but none of the local townspeople he encounters are able or willing, but he finally recruits two others who have sworn revenge on the pitiless Slayton.

Don’t miss the rough and ready Technicolor excitement in one of the golden age of 3D’s most compelling westerns, pitting Rock Hudson against bad men Lee Marvin and Neville Brand in hell-for-leather 1080p hi def.  Walsh creates carefully articulated compositions that had been a defining feature of his singular style since the early 1930s.  Twilight Time Movies.  Blu-ray 3D.