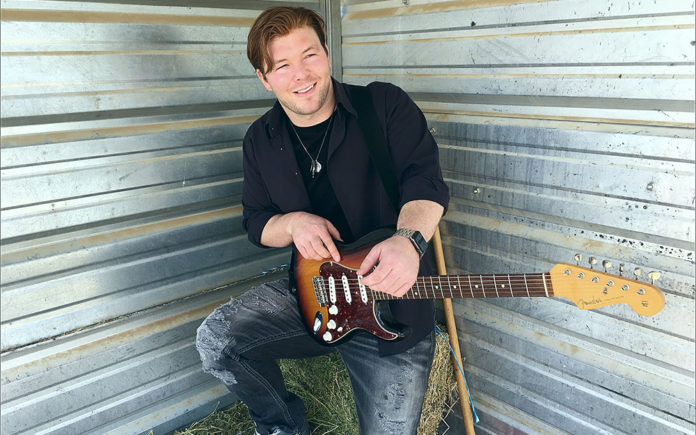 A couple months ago I stumbled upon a talented young man performing at the Miramonte resort. I was immediately impressed with 27 year old Grady James as he performed country and rock covers with vocals that have just enough honey and gravel to remind me of Chris Stapleton as well as Ed Sheeran.

I have seen Grady perform twice since then and have become a huge fan. Not only can he sing covers flawlessly, but he has originals that are solid and catchy that will make you want to request them over your favorite covers.

Grady was born and raised in Joshua Tree and started playing acoustic guitar and singing at age 10. He would sing old country songs with his dad who played drums and bass guitar.

He played in bands at church from Junior High throughout High school and also had a rock band with   friends in High school. He started writing and singing by himself after he graduated.

Grady will be performing his last two shows here in the desert this Wednesday at CV Winery at The River in Rancho Mirage and then on Saturday at Big Rock Pub in Indio, before he leaves to travel back to Nashville. During a recent interview he shared about traveling back and forth. 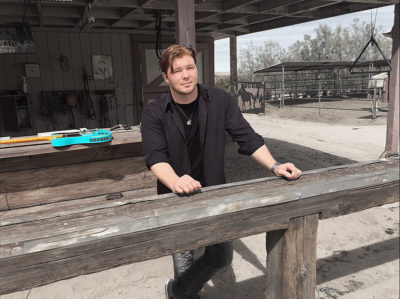 “I lived in Nashville solid for 3 years and then I started coming back home during the winter season but now I have been living here in the desert more than in Nashville. I will probably only be in Nashville 4 or 5 months this year. I mainly work as a record producer in Nashville and play lead guitar for country artists Chris Bandi. I don’t play in Nashville much anymore that’s just kind of where the business and meetings are and where the studio is.  I actually got to play on the country festival circuit this summer playing most of the biggest country festivals from Florida all the way to Calgary, Canada. I had a blast doing it, but there is nothing like playing here in the desert. Getting to play out here and meet people and talk to everyone and get to know the country fans out here is just a better way to build a fan base than moving from state to state every day. Plus this place is home and my friends and family are often in the crowds out here.”

While he has been producing other artists he’s getting ready to release his own material soon. “I finished a ‘Chelsie Love’ and a ‘Gyth Rigdon’ record out in Nashville, two really talented artists and their records will be out this year. My first single ‘Going Home’ will be released in the next few weeks, but I do not have an actual release date as I am waiting on a few things for that,” shared Grady during a recent interview.

Grady says that he grew up on country music only and that he gets made fun of for not knowing more 90s grunge rock. “It is supposed to be my generation’s music but I grew up on Hank Jr., Merle Haggard, Alan Jackson, Garth Brooks, Travis Tritt, and Vince Gill to name a few of my favorites. I also went through a big Ray Charles and SRV phase. I listen to anything I can get ahold of now. Pop, jazz, blues, rock, fusion, I like it all. I’m really enjoying Brothers Osborne and the Steele Drivers right now.”

As for artists he would like to see live but hasn’t?

“I haven’t gotten to see Brad Paisley yet and he is one of my favorite artists and guitar players! I would love to open up for Keith Urban. I feel like he and I are similar and I could learn a lot from him.”

I asked him who in the music business he most respects and what producer he would like to work with.

“I respect the players! I respect anyone who is responsible for making musical art. I’ve seen a lot of behind the scenes stuff in the last few years and witnessed a lot of the art not being made by the so called artists so when I see writers, producers and performers creating their own art, immediate respect from me. Mose Allison maybe, I really love him, most don’t really know his music. I also really like Kesha. Her new record is great! As far as producers go I would really love to make a record with Jay Joyce!”

I asked Grady who he would pick for next year’s Coachella or Stagecoach headliners.

“Well I saw 3 amazing headliners this year at Stagecoach, but I guess if I could pick I would say Chris Stapleton, Brad Paisley, and Grady James!”

Grady shared that one thing people would be surprised to know about him is: “I guess people are surprised to find out that I have type 1 diabetes and have since I was a kid. It has created a lot of struggles for me but nothing that has kept me from making music so I guess I’m doing ok.”

I highly recommend you make it to one of these two shows before he leaves again for Nashville. Grady will win you over too!

Grady James at CV Winery on Wednesday, May 16 from 6pm-9pm