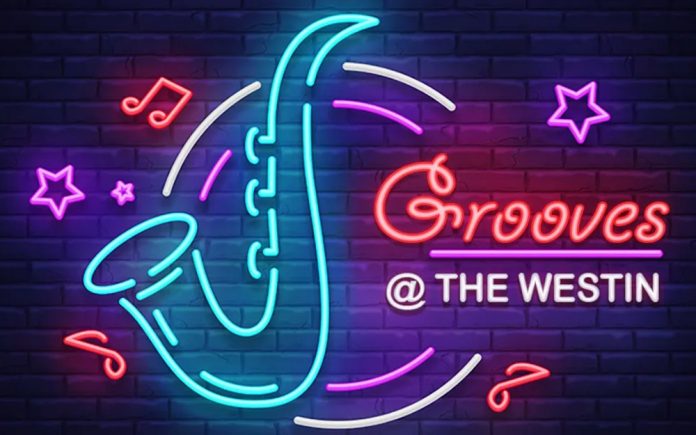 With the launch of its brand-new event venue, The Backyard, The Westin Mission Hills Golf Resort & Spa is excited to announce the Grooves at The Westin Concert series is back with a new stage and all-star lineup. With artists like Patrice Rushen, Paul Brown, Peter White, Gregg Karukas and more, locals and travelers can enjoy 4 nights of smooth jazz in Greater Palm Springs.

“Forget Me Nots” singer, Patrice Rushen takes the stage on Friday, November 19th with DW3, and Paul Jackson Jr. Part of the Cathedral City Balloon Glow Event, this concert will be the grand re-launch of the resort’s event space. Patrice Rushen is a four-time, Grammy nominee musician and composer and is a classically trained pianist who originally found success in the 70’s and 80’s with her signature fusion of jazz, pop and R&B. During this era, she composed and recorded the hit song, “Forget Me Nots,” which has been frequently covered and sampled by other artists. DW3 has established themselves as a popular national recording group with four Billboard charting hits – including “I Got You” (featuring Gerald Albright) and “Let the Music,” “I Can’t Tell You Why” and “California Dreamin’” from their hit 2013 & 2015 albums “On the Floor & Vintage Truth”. Since 2003, brothers Eric and Billy Mondragon and close family friend Damon Reel have set the high energy mood on cruises, jazz festivals, showrooms and clubs. Sharing the stage alongside Rushen and DW3, Paul Jackson Jr. is recognized by many as the most recorded guitarist in the world. Paul has been a member of numerous local bands from his early teens, including a band composed of himself and his siblings.  Jackson began his own solo recording career in the late 80’s. Most recently, Paul contributed his playing styles and composing chops to the Daft Punk CD, which garnered 5 Grammy Awards, was the #1 album in 104 countries and garnered Paul Grammy recognition for his contribution to the Album.

On Saturday January 22nd, Brain Bromberg and Paul Brown kick off the start of the new year sharing a stage together. Brian Bromberg began his professional career as a drummer at the age of thirteen and his first big break came when he auditioned and joined the Stan Getz quintet in December of 1979. Paul Brown has had a four-decade journey through the worlds of pop, R&B and jazz. Starting as a drummer, he became an engineer for R&B legends (Diana Ross, Luther Vandross, Aretha Franklin) before evolving into a two-time Grammy winning urban jazz producer (with over 60 #1 radio airplay hits) and finally a popular guitarist, artist and performer in his own right. In the 12 years since he released his debut album “Up Front,” Brown has released six albums (including three that hit the Top Ten on the Billboard Albums chart), scored countless hit singles, and done thousands of performances across the U.S. and internationally. 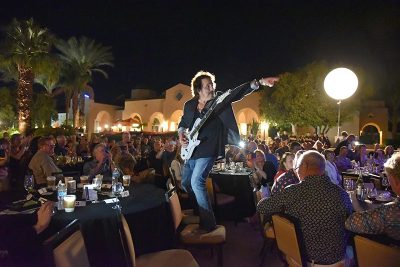 On Saturday February 19th, Michael Paulo will energize the stage at the Westin. One of the most versatile and cosmopolitan saxophonists in pop, soul and contemporary jazz for nearly 35 years, Michael Paulo has added his distinct saxpertise to countless performances and has worked alongside artists including Al Jarreau (Paulo’s longest term touring association), James Ingram, No. 1 Smooth Jazz Trumpeter, and guitarist Rick Braun and Peter White, to name a few. Another milestone in Michael’s career is his recent appearance on a previously unreleased Miles Davis record that was recorded in 1986. The unheard tracks were recorded prior to his release “TUTU”.  The record was released Sept 6th, 2020 and reached the number 1 status on the billboard jazz charts in its first week.

Get ready on Saturday March 12th for a spectacular show with Peter White and Gregg Karukas. Peter White is a guitarist and smooth jazz artist whose musical career has spanned over forty years from the time he started playing with rock legend Al Stewart in the seventies and singer Basia in the eighties to his many collaborations with Boney James, Rick Braun, Richard Elliot, Kirk Whalum, Dave Koz and numerous other. Gregg Karukas is a Grammy winning keyboardist/composer/producer who has had 12 solo CD’s over a three-decade career, with many #1 radio hits. “Serenata”, his first ever solo piano project, offers romantic impressions of classic songs from iconic Brazilian artists Milton Nascimento and Dori Caymmi as well as new and re-imagined Karukas originals. Coming out of a 4-year hiatus, Gregg found the challenges of both the COVID isolation and developing his solo piano voice to be the perfect catalyst for reclaiming beauty, hope and, most importantly, new original music. 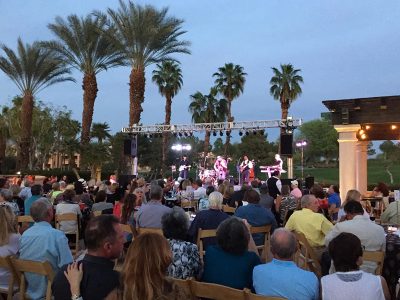 Ending the Grooves Series with a bang on Saturday March 19th, David Benoit and Barbara Morrison will have guests dancing the night away. David Benoit is a multi-Grammy nominated and chart-topping piano wizard who has had a four-decade career. The trailblazer has built an enviable career drawing inspiration from his vast influences which have included jazz, comics, film, Broadway and symphonies, to cite a few. David Benoit’s free-spirited approach has allowed him to collaborate with such diverse artists as The Rippingtons, Faith Hill, David Sanborn and CeCe Winans. Barbara Morrison’s twenty-year career as a performer and recording artist includes appearances worldwide with some of the greatest names in jazz: Ray Brown, Kenny Burrell, Ron Carter, Ray Charles, Dizzy Gillespie, Buddy Collette, Joe Williams, Gerald Wiggins, Jimmy Witherspoon, Hank Crawford, Eddie Harris, Nancy Wilson, David T. Walker and Jimmy Smith. She has performed in such highly regarded venues as Carnegie Hall, the North Sea Jazz Festival, the Bern Jazz Festival and the Playboy Jazz Festival. Morrison also toured Europe with Ray Charles.

Enjoy a delicious 3-course dinner and seating for the show at Fireside Lounge patio table. Seating is limited and reservations are required. Call Pinzimini for reservations at (760) 770-2150 or email pinziminips@westin.com

For additional information about the concert series, contact Apaulo Music at (951) 696-0184.