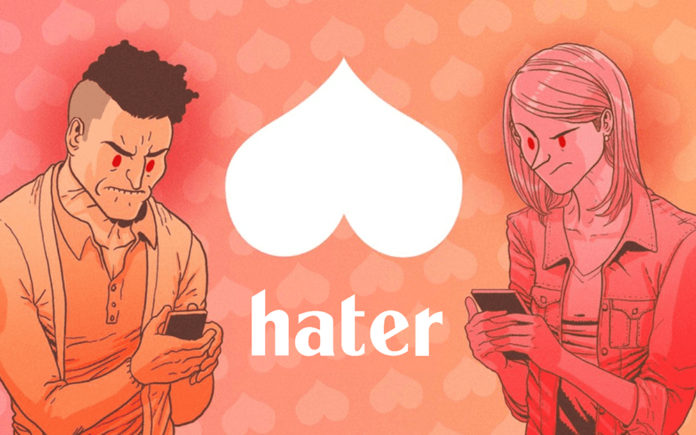 The dating app Hater which launched earlier this year, recently released a list of the most disliked foods by state amongst the people that use their dating app.  Hater attempts to match players, (aka people looking for dates) based on what they dislike.

Based on their research, people in California have a real dislike towards Chick-Fil-A most likely due to the company’s stance against same-sex marriage.  Over in New Mexico, they simply dislike Chicken Nuggets while Oregon has a general disdain for Fast Food.  Over in Alabama, they do not like the norovirus-friendly Chipotle chain.

In the land of Starbucks and Seattle’s Best (aka Washington), people hate K-Cups while Nevada has a thing against La Croix canned sparkling water.  Other hated drinkables include Kombucha in Arizona, Chai Lattes in Pennsylvania, Matcha Tea in South Carolina and gas station wine in New Jersey…this from a place that gave us White Castle pseudo-burgers.

I will take issue with Hater for listing Coca-Cola as something that Hawaiians dislike.  I have been to Hawaii a lot for business and can state with certainty that they do not hate Coke. My guess is that there are not that many Haters app users in Hawaii.  The same can be said for Alaska and their stated hatred of Voss Water.

When it comes to pizza, Delaware has a thing against Hawaiian Pizza, Michiganders do not care for cold pizza, New Yorkers will look funny at you if you order ranch dressing with your pizza while Virginians hate to dab their off grease from their slices.  Along these lines, people in Massachusetts are not fond of mayonnaise on french fries.  As a side note, did you know that people in Utah mix mayo with ketchup to create fry sauce?  Utah’s food hate is Balsamic Vinegar.

In the land of cannabis (Colorado), I was surprised to find that flaming hot Cheetos were their food hate.  Wouldn’t you think that this state would sell the most munchies?

It is well known that Texans like their steak – just don’t cook it to well-done.  In the land of potatoes (Idaho), they have issues with Dim Sum while Maine feels the same way toward Asian Fusion Cuisine.  North Dakota is leery of tapas while chilly Minnesota hates beans.

It should be no surprise that West Virginians think tofu is sent from the devil while Vermont abhors spray cheese.  Illinois has an issue string cheese, the Milk State of Indiana his suspicious of Charcuterie, North Carolina does not like cottage cheese while Mississippi wonders why people eat sour cream – they prefer their cream whipped.

Up in Montana, they are not fond of Pumpkin Spice while their neighbor Wyoming thinks the whole gluten-free movement is hooey.  Next door in Nebraska, chili peppers are not a favorite while Iowa has issues with Quinoa and Arkansas feels the same about cilantro.

Oklahomans dislike veggie burgers…probably because there is not enough meat in them.  Georgians have a thing against tuna salad…probably due to too much fish.

Rhode Island serves as the home of yachts, old money and the mob and dislikes capers.

Nebraska hates shellfish which makes sense given that they are about as far from the ocean as you can get in the contiguous forty-eight states.

New Hampshire’s slogan is ‘live free or die’ which is probably why they dislike expensive cocktail drinks.

From my family to yours, please have a festive Thanksgiving.

Haddon Libby is the Managing Partner and Founder of Winslow Drake Investment Management and can be reached at 760.449.6349 or HLibby@WinslowDrake.com.  For more information, visit www.WinslowDrake.com.